One of the most popular reasons to explore Europe in a campervan is to experience its fascinating history. Each country has its own intriguing and unique story to tell and there’s a huge amount to discover. If you consider yourself a bit of a history buff, and if you want to discover more about Europe’s past and how it’s shaped today’s present, then we have a treat for you. From Ancient empires and great works of art to Islamic princes and famous battles, we’ve rounded up the top five European destinations worth a visit.

Travelling in the footsteps of the great, good and not-so-good is exciting but can also be tiring. To avoid any stress along the way, invest in the right campervan insurance before you hit the road. A bit of extra time spent planning now will ensure a smooth trip in the long run.

Modern Athens has a real buzz for the keen campervan traveller but it’s the city’s role as the birthplace of Western Civilization that puts it on this list. Perhaps the most famous site (and one you can see from all round the city) is the ancient Greek Acropolis. The site includes a variety of internationally important buildings including the Parthenon, the Propylaea, the Erechtheion and the Temple of Athena Nike.

At one time, Greece was the most important eastern province of the Roman empire so there are also fabulous Roman remains in the city. The Roman Agora dates from the 1st century BC and includes the intriguing Tower of the Winds (a structure that seems to be a clock, weather vane, compass and sundial all rolled into one). The site is also home to some ruins of ancient public toilets!

Aside from its many ancient ruins, modern Athens also has a wealth of museums on offer to teach visitors about the rich history of the city and Greece as a whole. Must-visit museums include the National Archaeological Museum (home to the mysterious Antikythera device) and the unique Acropolis Museum. 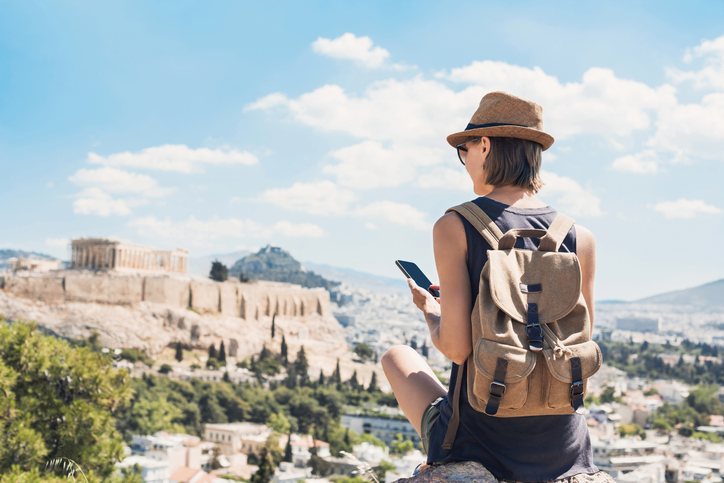 Undoubtedly one of the most beautiful and culturally rich cities in Europe, Florence is a joy for anyone who wants to explore the Renaissance period. This fervent period of European cultural, artistic, political, scientific and economic “rebirth” produced many masterpieces which today can be found in the city.

One of Florence’s most iconic sights is the Duomo with its awe-inspiring terracotta-tiled octagonal dome engineered by Brunelleschi and a bell tower by Giotto. Further highlights include Michelangelo’s David sculpture in the Galleria dell'Accademia and masterpieces by Botticelli, Raphael, Da Vinci, Titian and Caravaggio at the Uffizi Gallery.

With its stunning backdrop of the Sierra Nevada mountains, the Alhambra in Granada is one of the most exquisite examples of Islamic architecture in Europe. This UNESCO World Heritage palace and fortress complex was largely built by the Islamic Emirs and Sultans of Granada in the 13th and 14th centuries before being taken over during the Christian Reconquista in 1492. Once you’ve had your fill of magnificent Islamic script and arabesque decorations then explore the enchanting cobbled streets of the old Arabic Albaycin district and the delights of an Arab bathhouse!

Berlin is today considered one of Europe’s most vibrant and exciting cities to visit but has both a fascinating and devastating history. Reduced to rubble over the course of World War II, Berlin became a divided city for much of the rest of the 20th century. Split between the communist east and capitalist west by the Berlin Wall that ran through its middle. Fortunately, the tragic 45-year Cold War ended in 1990 with the reunification of Germany.

Both tourists and historians will gain much from visiting the Berlin Stasi Prison, the famed Checkpoint Charlie and the remains of the Berlin Wall – part of which is now covered in over 100 stunning pieces of colourful and poignant artwork. To begin to understand the horrors of the Nazi period visit the Topography of Terror and the Jewish Museum to learn more about the Holocaust, before paying your respects at the moving Holocaust Memorial.

There are other older historical landmarks to visit including the magnificent 18th century Brandenburg Gate, the Romanesque-style Kaiser Wilhelm Memorial Church, and the city’s huge variety of museums.

If you decide to park up and travel into Berlin then make sure you have campervan insurance to cover you for any problems while you’re away. 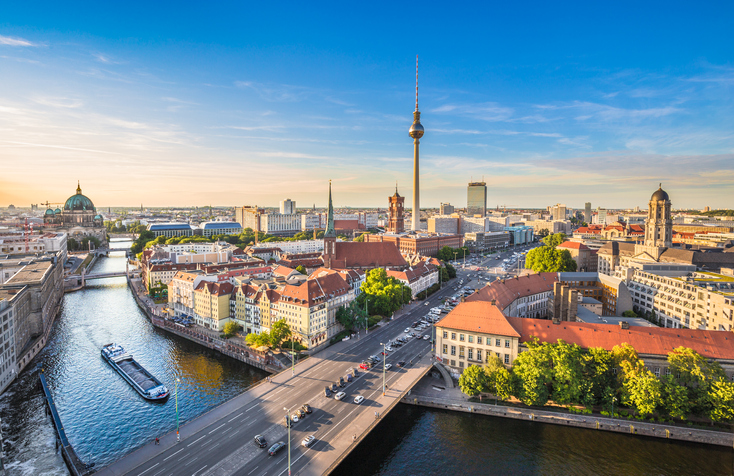 If you’re looking for an eclectic mix of history then look no further than Budapest. Originally three separate cities that joined into one, this variety is present in the vast range of historical heritage the city has to offer. We suggest starting your trip by visiting the ruins of the ancient Roman settlement of Aquincum, where it’s believed the Roman emperor and philosopher Marcus Aurelius wrote part of his Meditations.

The rest of the city has a high concentration of many other historical marvels. From the majesty of the 700-year-old Matthias Church to the panoramic views from the Fisherman’s Bastion at Buda Castle, you’ll have plenty to distract you in this stunning city. Indeed, just one metre below the UNESCO-protected Andrássy Avenue you can even ride on the very first underground railway in mainland Europe: Millennium Underground!

Campervan insurance for your expedition vehicle

Exploring Europe is easy when you own a campervan but it always pays to get the right campervan insurance for your particular circumstances and budget.

Insurance policies arranged through Motorhome Protect can include the following benefits:

Call for a quick quote today.