Music lovers have been making long journeys across Europe to listen to their favourite tunes for centuries. And when you visit a city that’s in love with music, it’s easy to spot. Whether it’s an electronic thrum through the pavement from an underground club, or talented buskers on every corner, such cities are not shy in showing music is part of their heart and soul.

Campervan ownership and appreciation of music often go hand-in-hand so the team at Motorhome Protect have got together and chosen their top 10 European destinations for music aficionados. We’ve chosen these for both their eclectic mix of venues as well as their dedication to both their modern and traditional musical heritage.

Whatever the time of year, one of the most popular and easiest ways to travel to these venues is in a campervan, provided you’ve got the appropriate campervan insurance that is.

And if you’re heading off on a pilgrimage to a musical metropolis then make sure you pack your dancing shoes. After all, once you’ve safely parked up your camper you won’t be able to stop rocking and rolling! 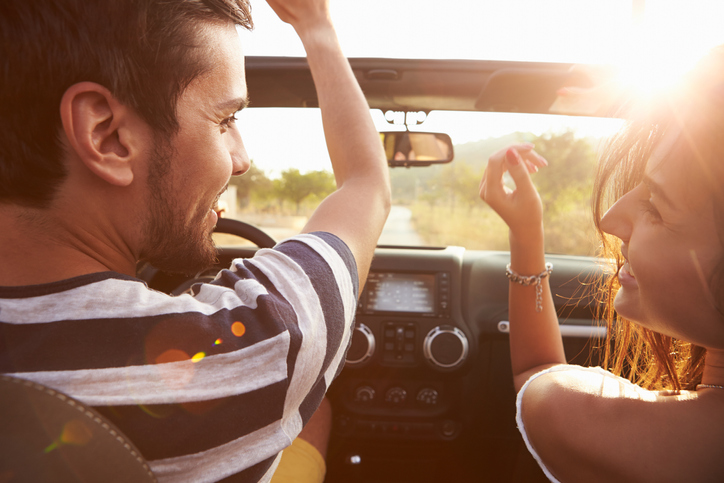 As the home of La Scala, one of the world’s finest music venues, Milan is the ideal place for those who enjoy a spot of opera or ballet. First opened in August 1778, the theatre has premiered works by Verdi, Rossini, Stockhausen, and Puccini, including both Turandot and Madame Butterfly. Even if you’re not seeing a show, explore the opera house’s illustrious history at the La Scala Theatre Museum.

Other famous theatres worth visiting are the Teatro Ventaglio Smeraldo, which presents a mixture of Italian and foreign musicals, as well as the Teatro Manzoni, for plays and live music.

For electronic and dance fans, the nightclub scene is very strong here, too. To enjoy music with the most modern beat, head to venues like the cool and dark Tunnel Club, buried beneath the Stazione Centrale, or the Baroque elegance and luxury of Il Gattopardo.

Best to experience the spirit of jazz – Paris, France

The musical heritage of Paris has so many sides to it that it’s easy to feel overawed when choosing what to listen to. However, after a long day sightseeing, for us it’s the jazz legacy of Paris that’s worth exploring as you head towards evening in the City of Light.

It was considered the international capital of the so-called Jazz Age in the early-20th century and has retained an excellent live jazz culture to this day. Whether you want to chill out to some blues on a genuine Parisian barge, cavort to some 1920s-style jazz in ancient stone cellars, or be whisked away by some big band swing on a terrace overlooking the Eiffel Tower, Paris has you covered.

And it’s not just jazz lovers who have been seduced by this city. It’s been home to some of Europe’s greatest composers like Berlioz, Saint-Saens, Bizet, Ravel, Debussy, Chopin, and Offenbach. Additionally, Paris’s many underground bars and clubs have played host to some of the great chanteurs and chanteuses like Edith Piaf and Yves Montand. Even standing on a street corner you could be regaled by some traditional accordion music!

However, Paris isn’t considered to be one of the most campervan-friendly of cities to drive into so it might be worth staying on the outskirts and travelling in by public transport. If you plan on leaving your vehicle, then make sure your campervan insurance is up to date in case of theft or break-in while you’re out partying.

Laying claim to the title of European capital of classical music, Vienna has nurtured and inspired some of the world’s best composers. Mozart, Beethoven, Haydn, Schubert, Mahler and Brahms have all lived, worked and studied here over the past 300 years. Indeed, it was in Vienna that the famous modern waltz style of music and dance was first created for the Viennese court by Johann Strauss and Franz Lanner.

That spirit still permeates modern Vienna with the city having many contemporary theatres and opera houses. The Wiener Konzerthaus, the Theater an der Wien, and the Burgtheater are all important historic theatre stops on any musical tour of Vienna.

So, it’s no surprise that Vienna is now home to the largest open-air festival in the world. Held on an island in the middle of the Danube River, Donauinselfest attracts over 3 million people a year to this free festival. With more than 200 acts on 11 stages, there’s a huge variety of music on offer and it’s the perfect reason to take a summer vacation in your cherished camper.

Best for experiencing the Sound of Music - Salzburg, Austria

Austrians in general and Salzburgers, in particular, may not understand the cult following for the 1965 American musical drama The Sound of Music but the crowds of tourists certainly do. The historic city of Salzburg and its stunning Alpine backdrop were featured in this heart-warming real-life story of the Von Trapp family singers. You’ll not only find plenty of tours following in the footsteps of the tuneful Von Trapps but there’s even a Sound of Music marionette show!

However, Salzburg itself would prefer to be known as the birthplace of Austrian classical superstar Wolfgang Amadeus Mozart. Along with the Mozart’s Birthplace museum, a key attraction for visitors are the regular concerts performing the many works of this prodigious composer.

Best for getting up close to the music – Dublin, Ireland

A small city with an epic musical heritage, Dublin truly deserves a standing ovation. The birthplace of legendary bands like U2, Thin Lizzy and The Script and multi-award-winning musicals like The Commitments and Once there’s a lot to enjoy here. From the soulful buskers of Temple Bar to the traditional bodhrán banging music sessions in pubs like O’ Donoghues, you’ll hear music everywhere in the Irish capital. Whether you’re into rock, pop, indie, blues, jazz or trad, it’s all here and played by musicians close enough to touch. And who knows, you could be listening to the next big thing! Better grab a selfie, or no one will ever believe you.

Experiencing a city’s music scene is as much part of a cultural experience as visiting its galleries and museums, and there are few places where this is more so than Berlin. Long regarded as one of Europe’s finest music destinations, Berlin is particularly famous for its underground techno clubs – an estimated 100 at the last count!

So, if you want to experience the techno clubbing scene yourself, you won’t be lacking for places to dance the night away. Fortunately, if you want a change of scene after a few hours you won’t have far to go. Most of the clubs lie close together along the banks of the River Spree – from the legendary Tresor to the exclusive Berghain. Just remember to do as the Berliners do: dress classic but casual (black is always good), leave the high heels in the van and remember, with parties sometimes starting on Friday and ending on Monday, clubbing in Berlin is a marathon, not a sprint. Save some energy for getting back to your camper!

Although techno and house music still reign supreme in Berlin, there has been a growth in alternative venues such as Lido, SO36 and Feststaal Kreuzberg if you’re looking to escape the DJ circuit. And if you’re a fan of music luminaries like David Bowie and Iggy Pop you’ll be pleased to hear there are guided tours of where they both lived, recorded and partied in the 1970s. 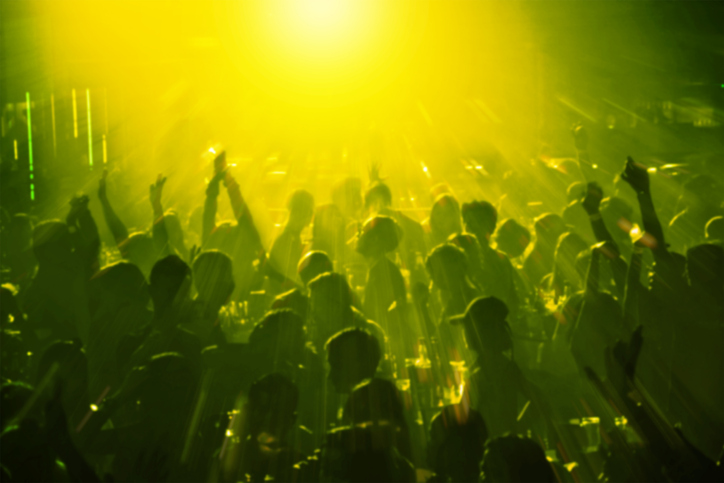 Best for rocking out – Nuremberg, Germany

If you love to rock then there’s one place you definitely need to visit next summer – the Franconian city of Nuremberg. As close to untouchable as rock music festivals come, Nuremberg’s Rock im Park and its sister festival Rock am Ring are the perfect place to celebrate, enjoy life and forget about tomorrow! There's nowhere else that combines mainstream greats like Metallica and Green Day with underground German powerhouses like Die Toten Hosen. Don’t miss the biggest rock party in the world!

With a truly startling variety of beach bars, open-air clubs and live music venues, the Balearic island of Ibiza is a haven for music lovers during the European summer months. Every year from June through to October many of the major European nightclubs open outposts on the island to play host to a massive selection of DJs and live acts. Legends such as David Guetta, Carl Cox and Pete Tong are just some of those providing tunes to electrify your summer van listening. If clubbing is not for you, head North to Benirras beach on a Sunday to catch a traditional hippie drumming session.

You’ll find music everywhere in this sun-blessed city in the south of Spain, bringing visitors and locals together with its infectious tunes. As the capital of Andalusia, Seville boasts an astonishing array of UNESCO World Heritage Sites, but it’s the city’s musical traditions locals hold closest to their hearts.

A visit to the lively and down-to-earth Triana district will bring you to the spiritual home of perhaps the region’s most famous export – flamenco. Originally created by the city’s gypsy community, this passionate art form has become an integral part of Spain’s national identity. With the mixture of punchy guitar tones, soulful lyrics and intense flamenco dance, it’s easy to see why Seville is the life and soul of the party.

While Andalusia is the perfect place to explore, remember to arrange breakdown cover to complement your campervan insurance. After all, you don’t want to get stranded miles from help!

Renowned for its architectural wonders and dramatic skyline, the Hungarian capital of Budapest is also a great place to find new music and experience an underground vibe. At the centre of Budapest’s musical offering is the thriving Ruin Pub scene. First springing up in 2004, ruin bars are former abandoned buildings that have been vibrantly decorated and converted into a whole range of unique venues for alternative artists and musicians. From up-and-coming DJs and indie bands to the truly quirky and weird stuff that you’ll probably never see again. A truly exciting atmosphere to become part of, at least for a couple of nights!

At the other end of the spectrum lies Budapest’s other big musical draw – the Sziget festival. This leading European festival takes over the city for five days in August. With its roots in student unrest and political upheaval, the event attracts a huge Hungarian crowd, as well as many visitors from around the world. The festival attracts big and eclectic names, previous headliners include Blur, David Guetta, Rihanna, Arctic Monkeys, Kendrick Lamar and Sigur Ros.

However welcoming the country, campervan insurance is vital for any trip to Europe. Contact your insurance provider to check you’re covered for EU travel.

Heading off across Europe for a summer adventure is one of the best things about being a campervan owner. So make sure you’ve got adequate protection before you leave home.

Exploring new cultures and places is a great reason to travel in your campervan. But it can mean you’ll find yourself in unfamiliar territory and vulnerable to road traffic accidents and damage.

Wherever your intended destination, by using our trusted panel of insurers the team at Motorhome Protect will search out the very best campervan insurance, tailored to your vehicle, needs and budget.

Cover arranged by us includes benefits such as:

Call Motorhome Protect and get a quote for campervan insurance today.