One of the working conditions – if you can call it that – of being a celebrity is needing to spend a lot of time on the road. Stand-up comics, actors, sportspeople, musicians, all do their fair share of travelling. And what better way to get about than in a motorhome?

With much bigger budgets to play with than the average motorhome enthusiasts, celebrities can really push the boat out and get themselves a vehicle from the very top end of the market. We’re talking flat-screen TVs, 15-foot long sofas and even helipads!

Well, if you had money to burn, you’d probably travel around in a lap of luxury, too, wouldn’t you? Or perhaps one of the attractions of a motorhome to you is the fact you have to do without many of the mod cons that we’ve become so reliant upon.

Either way, it’s fun to nose around some of the most outrageous celebrity motorhomes, which is exactly what we’re doing in this article.

Naturally, we’re thinking how much it would be to insure some of these behemoths. If you need help with motorhome insurance, you know where we are!

If you’ve ever seen actor Jamie Foxx’s talk show Off Script, you will have already seen inside his incredible RV as it where he conducts all his interviews.

Guests who have appeared on the show include Dwayne ‘The Rock’ Johnson, Denzel Washington and Melissa McCarthy, discussing their cinematic influences.

From the inside, you’d never guess that this was a motorhome if you didn’t know.

The vehicle, manufactured by Anderson Mobile Estates, comes complete with a fully-stocked Grey Goose bar, a piano and, of course, a sweeping blue velvet sofa where Jamie chats with his guests.

When they’re not filming, actors need somewhere they can go to switch off, perhaps have forty winks or read over of their script.

During the filming of his movie Inception in 2009, actor Leonardo DiCaprio spent his time between takes in an opulent gold-effect, 53-foot mobile mansion – only the best for the best.

The RV doesn’t look all that big when it’s being towed – well, it’s not small by any means but it doesn’t strike you as too extravagant on first look.

However, the vehicle has extendable sides, which can be used when it’s stationary, that almost double the width from 8.5 feet to almost 16 feet.

With the sides down, there is a total of 720 square feet to relax in. We can just imagine Leo pacing the boards familiarising himself with his lines during a bit of downtime.

In terms of design, the vehicle is the brainchild of designer David Rovsek who based the interior on a luxury cruise ship.

No expense was spared – there’s a $25,000 shower that's finished with glitzy glass mosaic tiles, two fireplaces and five TVs (including one in each of the two bathrooms). 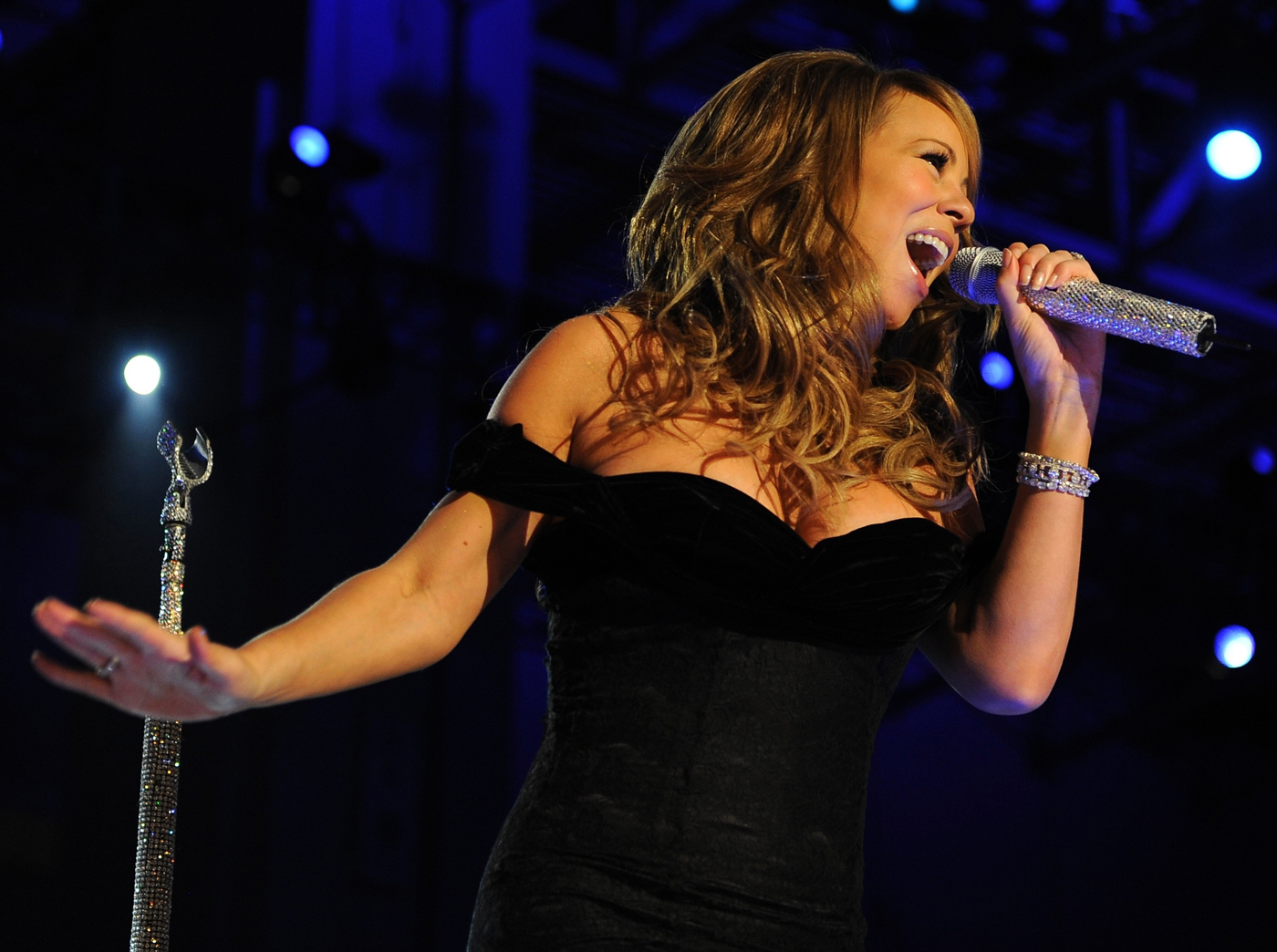 Mariah Carey is famous for having lofty – some might say excessive demands – when she’s performing. When you’re used to living luxuriously, it must be hard to settle for anything less… we suppose.

Mariah’s motorhome lives up to her reputation for having lavish taste. Nicknamed the 'skyscraper on wheels', the RV has a whopping 1,200 square feet of living space over two floors. We imagine that Mariah has quite the entourage to pack in.

On the lower floor, the motorhome has a deluxe living space with a bespoke 15-foot sofa and a 65-inch television. Down the hall, there’s a dedicated make-up area complete with a chair and vanity unit.

The upper floor is open plan – with TVs at both ends – making it perfect for parties. There’s even neon lighting and a dance floor! To create some extra breathing room, the ceiling of the motorhome can be raised.

After all, things can get pretty steamy if there are lots of people dancing and singing.

Simon Cowell’s $2 million trailer is full of surprises. Spread across two floors, the RV comes in at 1,200 square feet – the same as Mariah’s – but with the touch of a button, it doubles in size to a monstrous 22-feet high and 14 feet wide. To put that in context, your average double-decker bus is about 14-foot high.

That’s not all that’s surprising about this trailer. In the dressing room, there’s a TV which gives Simon and his family 24-hour access to a medical professional. Plus, there's a storage cabinet with over $150,000 of medical equipment including a stethoscope and heart monitor.

Who knew that Simon was such a hypochondriac? Or perhaps he just wants to be well-covered in the event of an emergency. It’s fairly sensible, when you think about it. Especially if you have a reported $600 million to play with.

The trailer also has everything that you’d expect it to have: a state-of-the-art sound system, three huge TVs and a 20-seater cream sofa.

Perhaps most famous for the Fast & Furious franchise, actor Vin Diesel has a motorhome to compete with the best of them.

Spanning two floors, the 1,100-square-foot vehicle was custom-made for the actor and features a media lounge, private office space and children’s play area.

Anybody who’s ever travelled in a motorhome with young children will know how important it is to keep them occupied if you want to retain your sanity.

The actor goes just about everywhere in the trailer – even to Puerto Rico, the location of the latest instalment of Fast & Furious.

It’s the perfect place for some downtime; safe in the knowledge that he and his family are safe and secure – high-tech surveillance cameras, which cost a cool $70,000, guard over the vehicle and its occupants.

Of these five celebrity motorhomes, what would be your pick? Or do you prefer something a bit more small-scale and homely? The latter are definitely affordable in terms of motorhome insurance.

Who are some of the top manufacturers of high-end motorhomes? 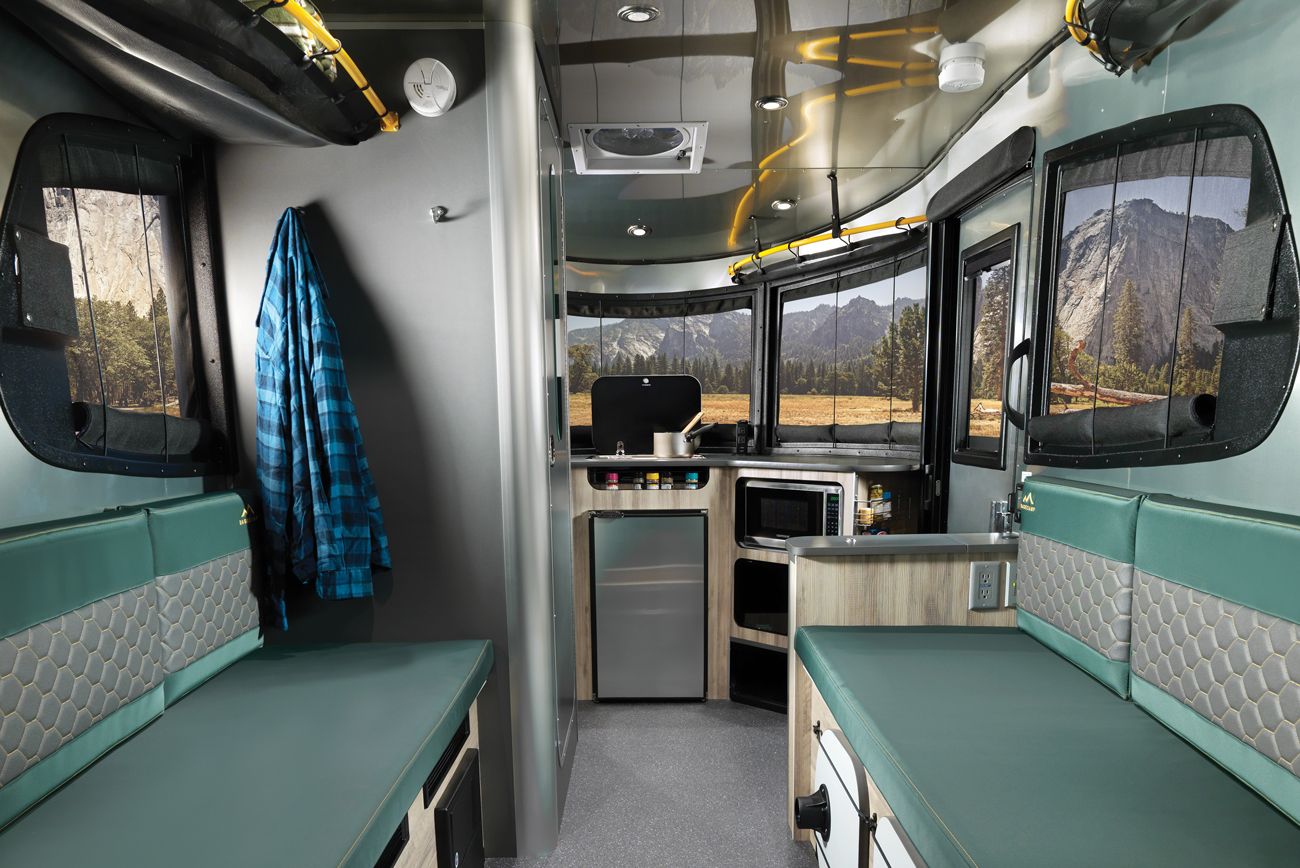 Maybe you don’t have the millions of Simon or Leo, but you still want a high-end motorhome with the latest tech? If so, you need to know where to look. Here are some of the top manufacturers of luxury motorhomes.

Established in 1961, Auto-Sleepers is a family business that has grown over the years to become of the most widely respected motorhome manufacturers around.

Based at Willersey in the Cotswolds, the company clearly takes great pride in its hand craftsmanship and design expertise. With designers that “use and live with our motorhomes”, Auto-Sleepers is tuned in to what motorhome enthusiasts want from their vehicle.

The Germans are famed for their automotive engineering and that skill and expertise extends to the motorhome market. Out of its factory in Aschbach, Concorde produces some of the best vehicles in the luxury motorhome market.

Headquartered in Grimsby, UK, Auto-Trail has been producing motorhomes since 1982. In 2020, it launched its first-ever elevating roof compact motorhome, the Adventure. The Auto-Trail Adventure features a solar panel as standard, meaning you can indulge in a spontaneous wild camping escapade and still be able to call upon some electricity.

Rapido was founded in 1948 by a cabinetmaker called Constant Rousseau, putting his knowledge of wood materials to good use to build trailers. But it wasn’t until his son, Pierre, joined the company in 1976 did they consider making motorhomes. The first model – the Randonneur 410 – left the factory in 1983 and was an instant success.

Since then, Rapido has become a market leader in motorhomes, snapping up brands including Dreamer and Wildax along the way.

The name HYMER is synonymous with motorhoming. The German manufacturer claims to be the inventor of the motorhome, coming up with the concept in 1957.

From small, compact vehicles through to luxurious premium models, HYMER has a motorhome to suit most needs and budgets.

There are plenty of other respectable motorhome manufacturers out there. If you’re in the market for a motorhome, you should make sure you do your research before committing to a make and model.

The last thing you want is to end up with a motorhome that is either unreliable or not catered to your needs.

Some of the best luxury motorhomes launching this year 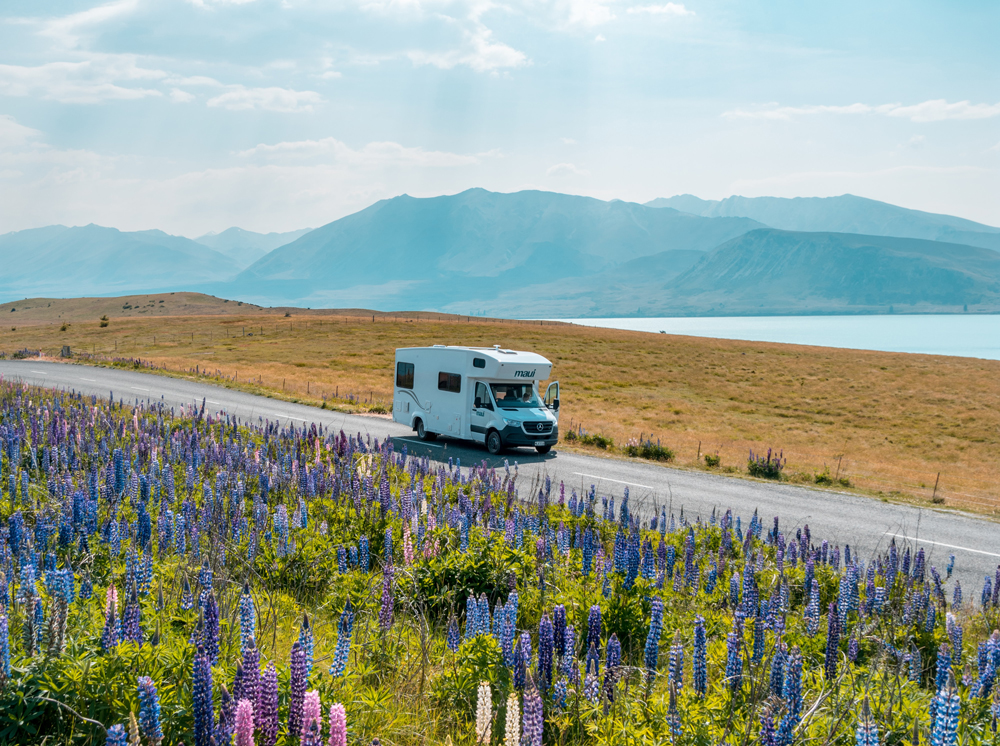 If you find yourself in the market for a new luxury motorhome in 2020, it’s good to be across some of the new models that will be hitting the forecourts over the next 12 months. Here are a few vehicles that are set to be made available by manufacturers this year:

In January, Le Voyageur announced that its Liner 12T range will be available on the Mercedes Atego chassis, with four models and three different lengths to be made available to the public.

The new chassis boasts an auto gearbox and dynamic 300bhp engine. Pneumatic front and rear suspension will make for an ultra- comfortable ride. But the biggest selling point of the Liner 12T range is a drive-up garage that can carry both a city car (Fiat 500 or Citroën C1) and two bikes. Each model comes with the option of the feature – but the smaller 10.1 SQD can be ordered without, increasing wardrobe space.

Inside the vehicle you’ll find a built-in 28-inch HD TV and a kitchen featuring a resin worktop, oven/grill, 165-litre fridge, extractor hood and a drop-down unit for a coffee machine. In the washroom, there’s a large rainwater shower. All four layouts offer an island bed at the rear and vary from 10.1m long to 10.8m.

The new B-ML I 890 sees its habitation door moved back to open up the space between the seating area and kitchen. The side couch is now 30cm larger than in previous models, and the work surface of the corner kitchen has also been widened by 15cm compared.

There are also some subtle changes in the washroom, including a redesigned washbasin.

Are you covered by your motorhome insurance?

If you invest in a new motorhome anytime soon, don’t forget to take out some motorhome insurance.

At Motorhome Protect, all of the motorhome insurance policies include unlimited cover across all the countries that are part of the European Union.

So, if you suffer from a severe case of wanderlust, you know that you can traverse across Europe knowing  that you’re covered should you be involved in an accident. The specialist motorhome cover that Motorhome Protect can arrange includes the vehicle itself, as well as its contents, and ensures that your next trip can be  more enjoyable than ever.

As well as unlimited cover across the European Union, other benefits included in Motorhome Protect’s policies include:

Note that these features and benefits are subject to eligibility and underwriting criteria. Get in touch with us to see which features apply to your motorhome.

Remember, a motorhome is so much more than a vehicle – it’s your home on wheels – and deserves specialist insurance to protect its valuable contents.

Get a quote today.