How to plan a motorhome trip to Belgium

With its wealth of UNESCO World Heritage sites, poignant battlefield tours, plentiful beer and delicious chocolate on offer, Belgium is the perfect destination for a quick getaway from the UK.

This small but fascinating country is often unfairly overlooked and passed by in favour of some of its larger European neighbours. However, if you take a moment to read our guide to planning a motorhome trip to Belgium, you’ll be glad you did. Who knows, you could discover your next favourite destination!

Although Belgium is a very safe country to explore in your motorhome, accidents and mishaps can happen the same as anywhere. Arranging the best motorhome insurance before you leave the UK will mean you’re ready for anything and can enjoy your trip, safe in the knowledge that you’ve got it covered!

Currently the only direct crossing to Belgium is from Hull to Zeebrugge, operated daily by P&O Ferries. The crossing itself takes 13 hours but is overnight so you’ll arrive rested and refreshed the next morning. Once you disembark, you’re just a 25-minute drive from Bruges or a 1.5-hour drive from Antwerp.

However, there are several alternatives if you’re prepared to travel via France. You could book onto one of the regular P&O Ferries from Dover to Calais or with EuroTunnel Le Shuttle from Folkestone and then drive north to the Belgian border.

Another option for those travelling from the south of England is the Dover to Dunkirk crossing with DFDS Seaways. After arriving in Dunkirk you can either stay at a motorhome site nearby for the night or drive straight on to Belgium. The border’s only 10 miles away!

The added benefit of these routes through France are their proximity to some well-visited areas of Belgium like the World War 1 battlefields of Flanders. 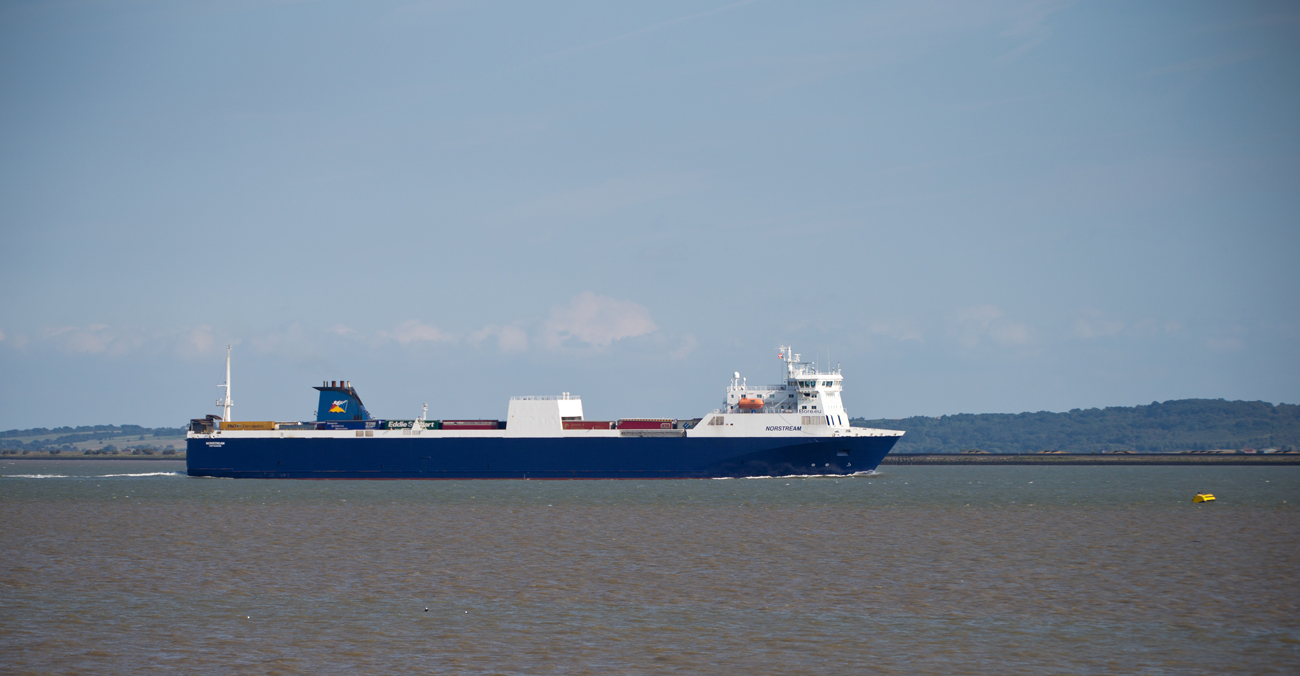 Parking up in your motorhome

Like much of mainland Europe, Belgium is an incredibly inviting country for UK motorhome tourers with well-kept sites in most towns and cities.

You’ll have plenty of places to park up and stay for a few days including the following:

Being a member of a motorhome or camping club can bring many benefits when travelling in Europe. These include discounts on motorhome insurance available for club members – contact Motorhome Protect and see what you could save.

A truly mesmerising little city throughout the year it’s easy to be seduced by its many charms.

With cobbled streets, horse-drawn carriage rides and quirky little parks, you’ll spend many hours soaking up the ambience and the beer of this UNESCO World Heritage site!

Highlights include the medieval Belfry of Bruges, the Instagram-famous Quay of the Rosary, and a boat trip on the city’s intricate canal network.

The vibrant city of Ghent is well worth a few days to explore. Offering a fascinating cultural mix of historical architecture with trendy, modern urban life, Ghent definitely has a chilled-out creative vibe to it.

It’s friendly, welcoming and has an excellent range of bars in which to spend a few hours tasting some of those delicious Belgian beers.

With the largest collection of Belgian beers in Ghent our favourite is the Dulle Griet – there’s nowhere else in the world that makes you leave a shoe behind the bar if you want to have a pint!

Antwerp is very much a busy commercial city but with a fantastic old historic town to attract the discerning tourist. There’s plenty to do here including visiting the centuries-old diamond district, the Renaissance architecture of the Grote Market in the old town and the fabulous 17th-century Rubens House.

Home to one of the most famous battles in European history, the Battle of Waterloo. Fought between the great French military genius Napoleon and Britain’s Duke of Wellington, the bloody battlefield of 1815 has largely returned to farmland but still makes for a captivating visit.

The most recognisable sight is the Lion’s Mound, a 40-metre-tall tumult topped by a huge cast iron lion. In the town itself, you can still visit the old headquarters of Wellington. Now a museum, it houses lots of artefacts for military enthusiasts.

This town in the Belgian province of West Flanders is surrounded by the Ypres Salient battlefields of World War 1. There are many cemeteries, memorials and war museums here honouring the battles and the dead of this tragic period in European history.

After being all but obliterated during the war, many important buildings in the town were painstakingly reconstructed, including the Gothic-style St. Martin's Cathedral and its soaring spire. Ypres is also home to the Menin Gate Memorial to the Missing.

It’s here that the Last Post has been sounded by buglers every night since 1929 as a commemoration to all those who died during the war. 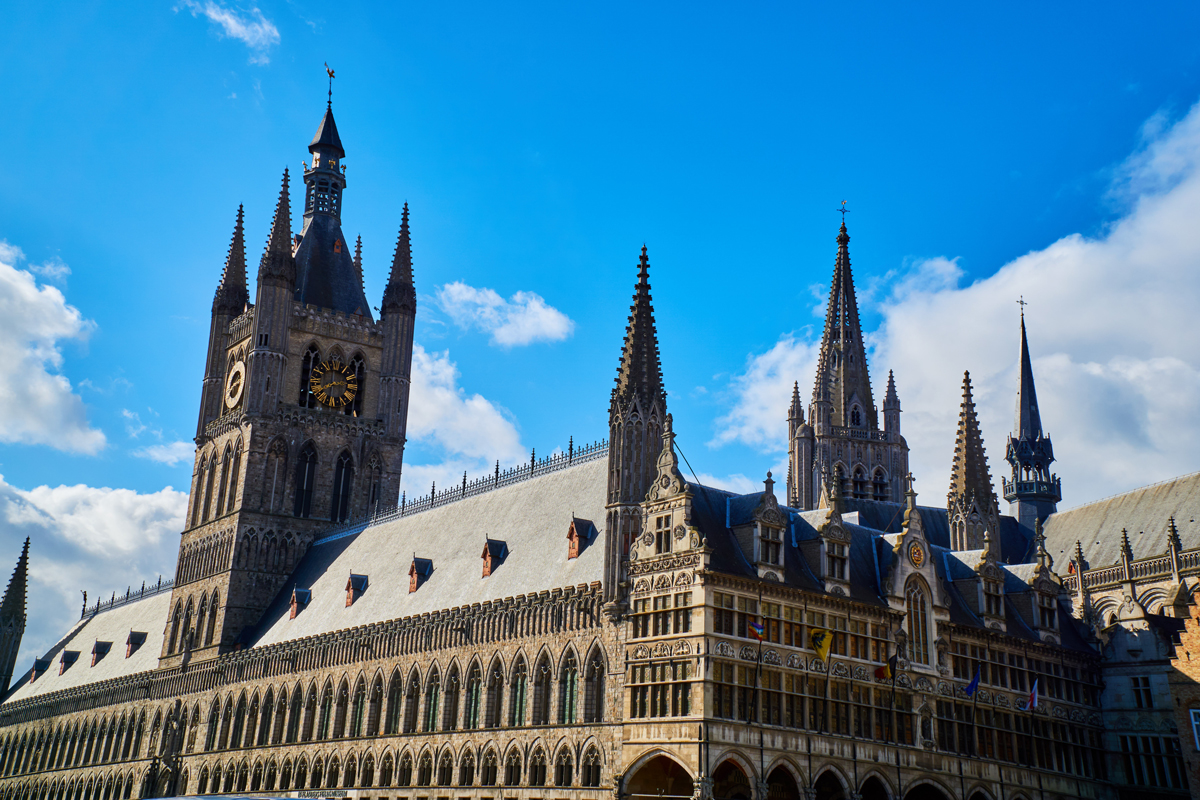 Close to the town of Ypres and situated on the hill ridge separating the historical wetlands of the Yser and Leie valleys lies this Belgian village and site of one of the bloodiest battles of World War 1.

Lasting from 31st July to 10th November 1917 the battle saw 270,000 Allied casualties and 217,000 German casualties. There are several different nations’ war cemeteries found in Passchendaele along with a war museum and numerous memorials.

The coastal resorts between De Panne and Zeebrugge are well worth a visit during the vibrant summer months. From great shopping and restaurants to well marked walking and cycling routes there is plenty to do along this stretch of coastline.

If you want to take a break from driving then there is a 67km coastal tram link between the towns that’s a great way to explore.

If you do decide to take expensive items such as bicycles with you on holiday to Belgium be sure to speak with your motorhome insurance provider to make sure they’re covered.

When to visit Belgium

Located in northern Europe, Belgium has similar weather to the UK. So any time from April to October can have pleasant weather. But if you want to avoid crowds then May or September could be a good option. When planning your visit here are some possible events for your travel itinerary.

February to early April - This is carnival season on various weekends in different French-speaking cities. Events in towns like Binche and Stavelot are particularly lively and bizarre.

May - An exciting time for music lovers as Liège hosts the prestigious annual Mithra Jazz Festival.

May/June – With its origins in the Middle Ages the Ducasse de Mons or Doudou is a popular festival that happens every year on Trinity Sunday in the town of Mons. The festival sees a re-enactment of the slaying of the dragon by St George. It’s one of the oldest festivals in Wallonia and was recognised by UNESCO in 2005 as one of the Masterpieces of the Oral and Intangible Heritage of Humanity.

June - The Ommegang of Brussels is a colourful medieval festival that takes place within Brussels’ picturesque Grand Place. It re-enacts the entry of Holy Roman Emperor Charles V to Brussels in 1549.

July – Electronic music lovers will want to attend Tomorrowland in the town of Boom to the north of Brussels. Or the Cactus Festival, an alternative pop and rock festival in Minnewater, Bruges.

August – Twinned with the UK’s Hay-on-Wye, the book-loving village of Redu in the Ardennes celebrates Book Night, an all-night literary event. A wonderful experience for book worms and night owls! 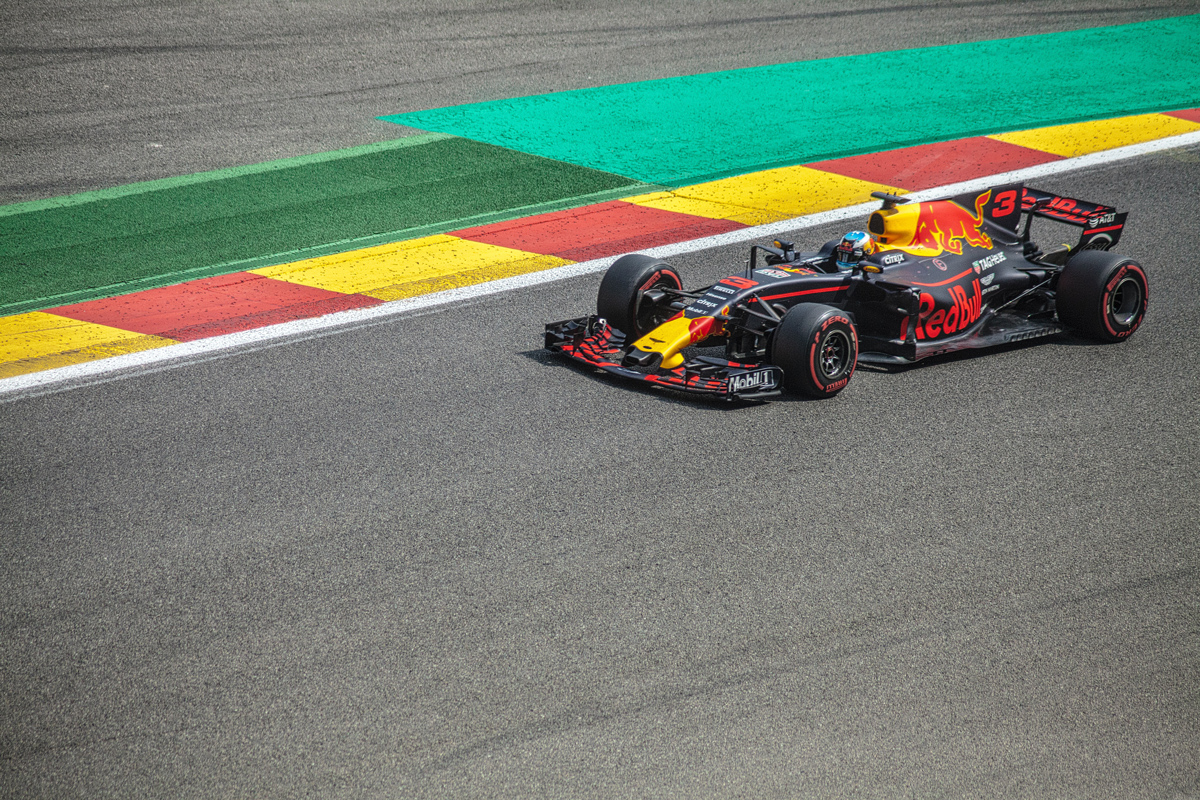 October – Every year Ghent Film festival presents around 200 feature films and short films from around the globe. The internationally well-regarded festival has a unique focus on the impact of music on film.

November – Armistice Day is a national holiday in Belgium, and is held annually on 11th November to commemorate the signing of the peace treaty between Germany and the Allied Forces that marked the end of World War 1.

Tips for driving a motorhome in Belgium

In general, Belgian drivers are considerate behind the wheel and the road system is very well maintained. However, it’s always useful to be aware of the following when taking your motorhome on a Belgian vacation.

The wonderful thing about motorhomes is you can travel at home or abroad whenever the mood takes you. However, while they’re a great investment they aren’t cheap and they need significant protection whatever the trip you have planned.

Taking appropriate precautions to combat the risk of theft, damage and accidents won’t rule out every eventuality while on the road.

Whether embarking or disembarking at a busy ferry terminal or motoring down a quiet rural road, a motorhome’s large size can make it vulnerable to road traffic accidents and damage.

Using our select panel of insurers, the specialist team at Motorhome Protect can arrange the very best motorhome insurance, tailored to your vehicle, needs and budget.

Subject to eligibility and underwriting criteria, cover arranged through Motorhome Protect can include the following benefits:

Call Motorhome Protect and get a quick quote for motorhome insurance cover today.