If you’re new to campervan ownership, you might be conscious of saying and doing the right things when out and about living your best life. The last thing you want to do is go against campervan etiquette and upset anyone on your first outing!

Most campervan enthusiasts wouldn’t think any less of you if you did make a faux pas – but we understand that it’s more a matter of pride and wanting to fit in when on site.

In this article, we’ll cover everything from if it’s OK to just build a roaring campfire to how to dispose of your waste. It’s often not rocket science – most of the advice we’ll give out is common sense – but we hope it provides some assurance that you’re doing the right thing. 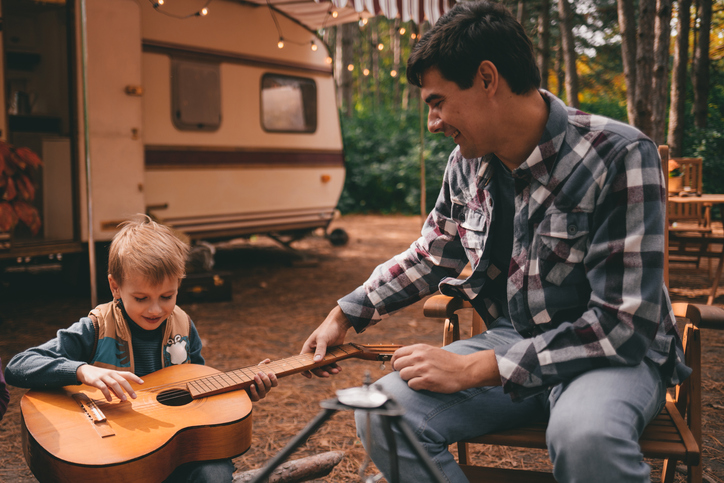 To wave or not to wave?

For some people, waving to every other campervan or motorhome owner they pass on the road brightens up their day. To others, it’s an effort they’d rather do without.

We can understand both sides of the ‘debate’. Campervanning is a social activity to take part in, so why not spread a bit of cheer by giving a fellow campervanner a friendly wave or a nod on the way? However, detractors of the wave think it’s a bit daft, especially considering how many campervans and motorhomes there are on the road these days; it can feel like you’re spending half of your time with your hand off the wheel. And what happens when the other driver doesn’t return a wave – it can feel like rejection! When in reality, they might not have seen you waving…

Some people go as far to suggest that waving is dangerous as it means taking one hand off the wheel and turning your head away from the road ahead. But that’s probably taking the debate too far.

Our advice is: if you feel implored to wave, wave! There’s no harm in it. Just don’t expect everyone to reciprocate.

Campervanners tell us that waving is seen more in certain parts of the world than others. So, if you take a trip abroad, make sure you’re following the waving etiquette. Or not… it’s up to you!

Should you pull over to let other road users pass?

Another contentious issue is whether or not you’re obliged to pull over to let cars pass you.

The best place to start is with the Highway Code, which states: “Do not hold up a long queue of traffic, especially if you are driving a large or slow-moving vehicle. Check your mirrors frequently, and if necessary, pull in where it is safe and let traffic pass.”

What constitutes a “long queue of traffic” is discretionary, but common sense should be applied here.

Driving a campervan means, more often than not, you should be able to keep to the national speed limit. But there may be occasions when you need to reduce your speed – for example, if you’re going up a long, steep hill or if you’re towing another vehicle this could see a long queue of traffic build up behind you. If you look in your wing mirrors and see that you’re holding up a line of vehicles, try to find somewhere to pull in to let them pass. But, we stress, makes sure it’s safe to do so.

If you’ve never driven a campervan or motorhome before, it can prove to be quite stressful handling situations such as a back-up of traffic. Driving a campervan is very different from driving a car, so you might want to consider taking additional driver training in your van. A driving course will teach you things like optimum gears and how to perform manoeuvres safely. Money well spent, if you ask us.

Are you OK to bring the kids?

If you have children, of course you’ll want to bring them along on the trip with you and enjoy a holiday as a family. But, if you’re planning to bring the kids, you need to be a bit more selective with the campsites that you stop at.

Most venues are more than happy to accommodate your little cherubs… even if they’re not acting like angels. But there are a select number of adult-only campsites, which you’ll need to avoid.

Each campsite’s website should make it clear whether children are welcome or not. If you’ve got young children, you might want to search out those campsites which have a kids’ play area so they can burn off a bit of energy when you make a stop.

If the campsite’s website is a little unclear about children being allowed on site, give them a call to be sure. In fact, it’s always a good idea to call the campsite you intend to stop at ahead of arriving – providing them with an ETA allows them to arrange for someone to meet you on arrival and ensure you’ve got everything you need. It’s also a good opportunity to find out the campsite’s rules, so that you don’t inadvertently upset anyone.

When camping with children, you should always know where they are on site and what they’re doing. If you are going to let them burn off a bit of steam, try to encourage them to do so in the designated play areas, and ensure they don’t disrupt other campers.

Are you OK to bring the dog?

A campervan road trip is made for a dog – you’ll be stopping off at campsites which are surrounded by acres of countryside, so they will get plenty of exercise.

But the first thing you need to do is find a campsite that is pet friendly. Fortunately, this shouldn't be too much of an issue, as most campsites allow you to bring your dog onto their grounds if they’re well behaved. They may ask you to keep them on a lead in designated public areas, so check signage around the site.

Phoning ahead is a wise move again, however, just to be sure that you and your dog will be welcomed

If you do decide to bring your furry companion with you, make sure that you pack everything that they’re going to need including portable water and food bowls, poop bags and a pet first aid kit.

And whatever you do, don’t let your dog do his business on somebody’s else’s pitch…

Can I start a campfire?

What’s camping without a campfire? However, before you start rubbing those sticks together, check with the site owner if you’re allowed to light up. Some campsites may have portable fire pits to use so as not to burn the grass.

If there’s nobody around to ask, consult the website or speak to other campers. A good sign that a campsite allows campfires is if they sell firewood on site.

It goes without saying that you should never cut living trees for firewood, and you should only ever burn wood and paper. Don’t leave a campfire unattended and always ensure that it’s been fully extinguished before heading off to bed.

If you’ve never built a roaring campfire before, we’d advise against trying for the first time at a campsite, especially near campers filled with fuel. 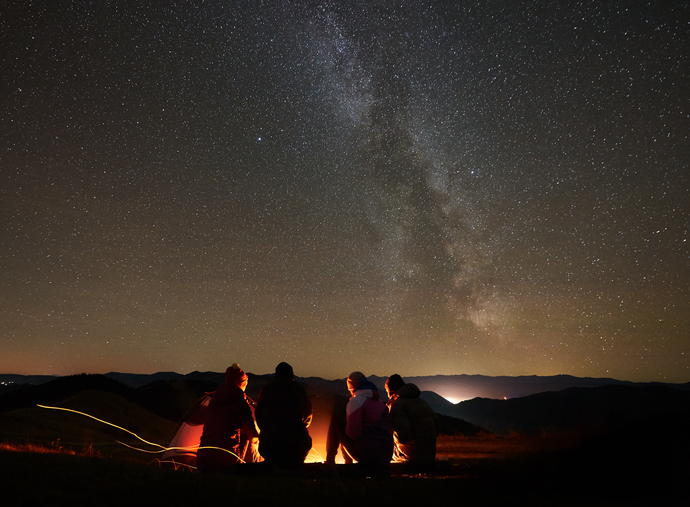 Do you need to dispose of your own rubbish?

It’s never been more important to care for the planet. Part of being environmentally friendly is minimising your waste but a certain amount is inevitable.

Dispose of your waste water in an appropriate place. Most campsites have designated areas for you to do this. Check what the recycling rules are when you arrive and make sure you stick to them.

If the campsite doesn’t enable you to separate your waste – into plastics, paper, food and so on – then consider taking it to a recycling centre where you know that it will be sorted properly. We know this can be a bit of a pain as it might mean taking a detour, but just think about what good you’ll be doing the planet.

Before you depart, make sure your pitch is clean and tidy – to the point that nobody would know you were even there! Don’t ever expect anybody to clear up after you.

What are the rules on wild camping?

If your idea of camping is away from the busy campsites and caravan parks, wild camping will likely hold some appeal. As the name would suggest, wild camping is about getting back to basics, often out in the wilderness somewhere, away from people and distractions. But as you can imagine there are some rules that you need to follow if you plan on going back to nature.

Trespass reports that wild camping is “generally illegally in England and Wales”, but it all depends on the landowner’s views. As long as they give permission, you’re free to park up your campervan for the night.

If you do get a landowner’s permission, don’t camp too close to people’s homes or roads.

Conversely, wild camping is allowed almost anywhere in Scotland, thanks to the right-to-roam laws. Obviously, you can’t camp in someone’s garden, on farmed land, schools, golf courses and so on. But, if you apply common sense, you won’t go far wrong.

Apply the same rules as you would if you were stopping at a campsite:

What else do you need to know?

We’ve covered pretty much everything you need to know over the course of this article. Everything else is just a matter or common sense.

Things like ensuring you keep the noise down at night and not walking through other people’s pitches are almost too obvious to mention. It’s all about being respectful to one another and thinking before you act.

If you’re friendly to your fellow campervanners, they’re likely to be friendly in return – providing you with a bit of advice when you need it. In short, behave in a way that doesn’t disturb the other campers around you, and have as little impact on the environment and your surroundings as possible. It’s as simple as that really!

Protect yourself with campervan insurance

To protect yourself against unexpected incidents, ensure you have adequate campervan insurance. Getting the right kind of coverage means you can get on with all your travel adventures knowing you're protected in the case of the unexpected. We can provide a range of quotes on specialist campervan insurance that could provide the following possible benefits:

Get a quote from Motorhome Protect today.