A great British holiday jaunt is fun whatever the time of year, and looking forward to the next adventure is a key part of the attraction. With your campervan insurance arranged for another year and with the idea of a UK staycation even more popular than unusual, where do you fancy discovering next?

Over 10 million visitors a year choose to ‘step into England’s story’ and visit the incredible range of over 400 English Heritage sites and monuments dotted around the country. And it’s easy to see why!

Originally formed in 1983 to run the national heritage protection system and manage a range of historic properties, the role of English Heritage has changed over time.

In 2015, the protection functions of the old organisation were taken over by Historic England while operation of the properties was left with the English Heritage charity.

From world-famous prehistoric sites and grand palaces, to Roman forts on the edges of an empire and World War II bunkers, the rich history of England is there for us all to enjoy. So, what are you waiting for? Base your next campervan expedition around some of these historic locations.

While you might already have some favourite destinations in mind, take a look at the following list for some holiday inspiration to take a trip back in time.

Sitting atop those iconic white cliffs so beloved of filmmakers, Dover Castle can boast a history stretching back over 2,000 years.

From a Roman-era lighthouse, a recreation of Henry II’s grand and colourful 12th century rooms, mighty battlements and defences and down into the Medieval Tunnels which protected the castle from attack, there’s plenty to keep you entertained.

But it’s not all about the distant past. Fast forward to the 20th century and you’ll soon discover how the castle took a pivotal role in communications during both World Wars and after.

If your nerves are up to it then why not take part in The Bunker? This is a brand new, fully-immersive escape room experience inspired by the castle’s real-life Cold War history.

As the clock ticks closer towards a nuclear onslaught, can your team rise to the challenge and make it to the bunker before the missiles hit?

Where to stay: Hawthorn Farm holiday park can be found just four miles from the Castle and the Port of Dover. So, it’s not only a great base from which to visit the Castle but also to hop over the continent to continue your search for all things historic. Campervan insurance from Motorhome Protect can cover European trips, too. 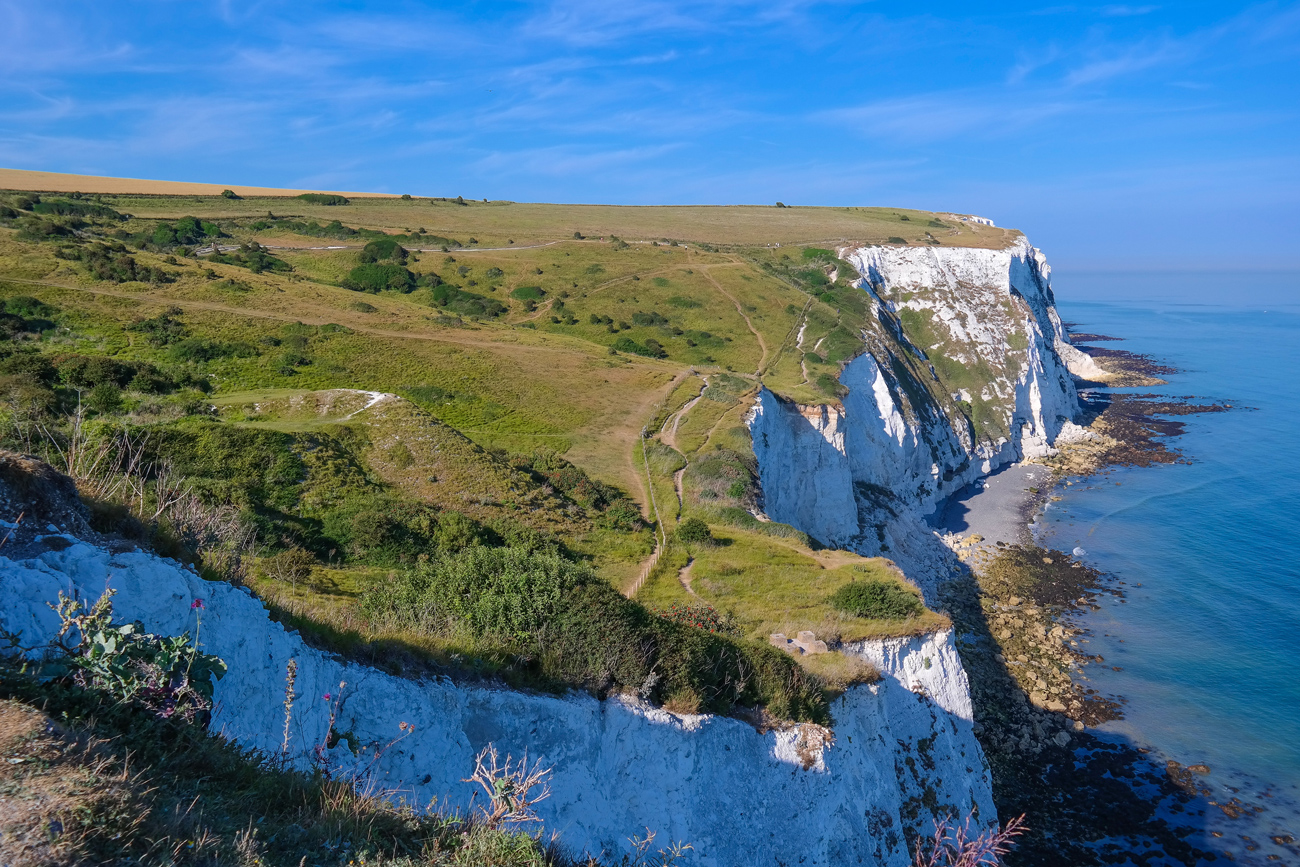 Best for a taste of life upstairs and downstairs - Audley End House and Gardens, Essex

Perhaps the very finest Jacobean house still standing in England, much of Audley End House was built in the early-17th century and still holds much of the grandeur from those days.

It really is a palace in all but name with its stone-clad front making a most striking background to any snaps.

As well as its gothic chapel and library you can spend many hours exploring how life was for the house’s servants as well as their masters.

On certain days the hustle and bustle of the servants’ quarters are brought back to life thanks to costumed actors.

Even the stables bring back the lives of our ancestors with riding displays and opportunities to meet Audley End’s own resident horses!

Where to stay: The beautifully secluded Spains Hall Estate is found just outside the stunning nearby village of Finchingfield.

Best for walking in the footsteps of a scientific trailblazer - Down House, Bromley

One of the few English Heritage sites that are fully furnished, Down House was the home of scientific genius and naturalist Charles Darwin and his wife Emma.

Indeed, it was in this very house that he worked on his revolutionary work The Origin of Species. In the 21st century you can now take a stroll along Darwin’s own ‘thinking path’, take a peek inside the Darwin family’s rooms and even let Sir David Attenborough take you on an interactive tour around the house.

Where to stay: The idyllic location of Oldbury Hill Camping and Caravanning Club Site is the perfect place to consider your own scientific theories in the Kent Downs Area of Outstanding Natural Beauty. It’s also opposite an Iron Age fort that’s well worth a visit.

If there’s one date that every British school child would know, it would be 1066.

The legendary Battle of Hastings between the Saxon King Harold and his Norman nemesis William the Conqueror changed the course of English history forever.

Modern day visitors can see the spot where King Harold fell, walk the battlefield trail and take in the beautiful Sussex landscape that surrounds the breathtaking ruins of the Norman-built Battle Abbey.

Where to stay: Located close to the 1066 Country Walk Trail, Battle Normanhurst Court Caravan and Motorhome Club site is a delight for any visitor to this historically rich area. And with a name like that, you really have to visit!

While we might be used to modern royals flying around the world to exotic holiday locations, this wasn’t always the case.

Osborne, on the Isle of Wight, was once a favourite holiday getaway beloved of Queen Victoria and Prince Albert.

It still has much of the luxurious design and decor from that time on display (including many Indian treasures) in the opulent staterooms.

If the sun is shining why not head down to the private beach where you can see Queen Victoria’s own royal bathing machine? It’s easy to see why she called it her ‘palace by the sea’.

If you visit the Isle of Wight in your camper then magnificent Osborne is a must-visit location for both fans of both the royal family and grand architectural design.

Where to stay: The Isle of Wight is a great place to explore in a campervan. Try the award-winning and well-maintained Orchards Holiday Caravan and Camping Park for stunning views and a warm welcome. 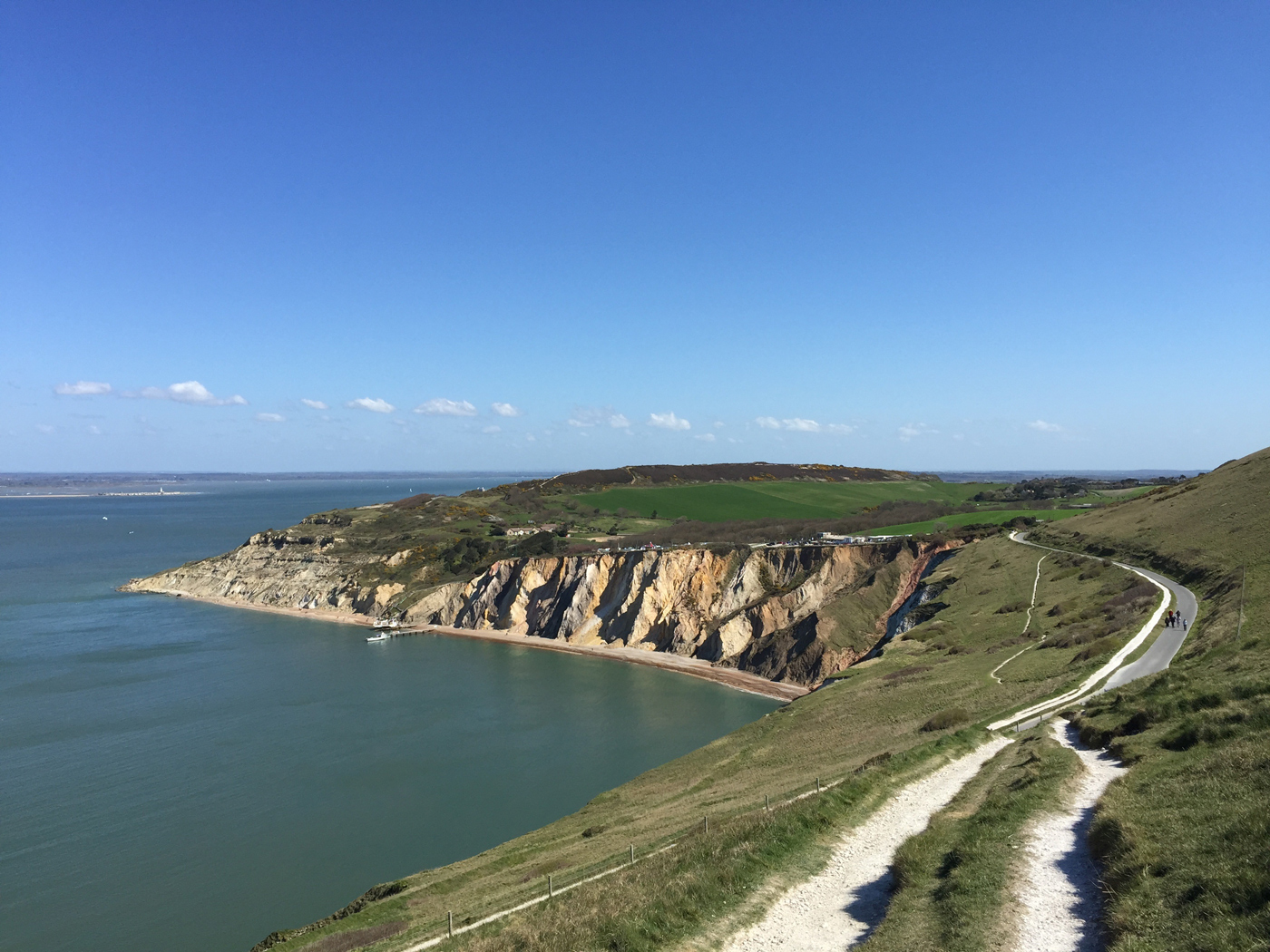 Best for stepping back into prehistoric times – Stonehenge, Wiltshire

One of the great wonders of prehistoric Britain, Stonehenge is known throughout the world as an enduring mystery and a masterpiece of human engineering ingenuity.

Anyone interested in England’s most famous historic sites must visit Stonehenge at least once in their lifetime.

While the stone circle has been studied for a long time, not a year goes by without a new discovery being announced.

It’s currently believed to have been built at least 4,500 years ago, although its purpose is unlikely to ever be definitively decided.

That said, most historians agree that it had a spiritual significance to those who built it, whoever they were.

With a visitor centre and exhibition space there’s plenty to do here. But for a truly unforgettable experience, book a Stone Circle Experience which allows you to spend time in the tranquil circle surrounded by these impressive monoliths.

Where to stay: A beautiful site with great facilities, Stonehenge Campsite & Glamping is well placed for a visit to this special place.

There are several White Horses and other figures etched into the English landscape that are worthy of a visit in your campervan.

The eye-catching White Horse found on the hillside just outside the town of Westbury in Wiltshire is a worthy example and can be seen from far and wide.

It’s believed to be a 17th century commemoration of the supposed Battle of Ethandun that took place here in 878AD.

Take a walk through the nearby Bratton Camp's Iron Age hillfort defences and wonder what it would have been like to defend this settlement from enemies, both human and elemental.

Where to stay: The small family-run campsite at Stowford Manor Farm is an absolute gem with the River Frome on one side and medieval buildings on the other.

If you want to try wild swimming  then a mere 200 metres away is the only river swimming club in the country at Farleigh Hungerford.

Not to mention the other nearby English Heritage site of Farleigh Hungerford Castle and the stunning town of Bradford-on-Avon.

Best for a sense of myth and legend - Tintagel Castle, Cornwall

Any visitor to the wild and lonely site of Tintagel Castle on the North Cornish coast can’t help but be blown away by its atmosphere of myth and legend.

The alleged home of King Arthur’s legendary castle Camelot, the ruins of Tintagel are split between the mainland and a jagged island that juts out into the turbulent Cornish sea.

Take a walk over the footbridge linking the two and bask in the sweeping views out to sea.

Stand in the remains of the Great Hall and imagine how guests from across the land would have felt as they feasted and danced through the stormy nights of times past.

Before you leave, pay a visit to one Tintagel’s best kept secrets down on the beach below. You’ll have to time it right as the former home of the mysterious wizard Merlin can only be explored at low tide.

Where to stay: The Headland Caravan and Camping Park is a peaceful family-run site just 10 minutes’ walk from Tintagel and the stunning North Cornwall Coastal Path. Here you really will feel away from it all.

While we love exploring Cornwall’s many secluded locations the narrow country roads in this area can be tricky for larger campervans.

Before setting off on any Cornish expedition protect your treasured camper from bumps and scrapes with campervan insurance. 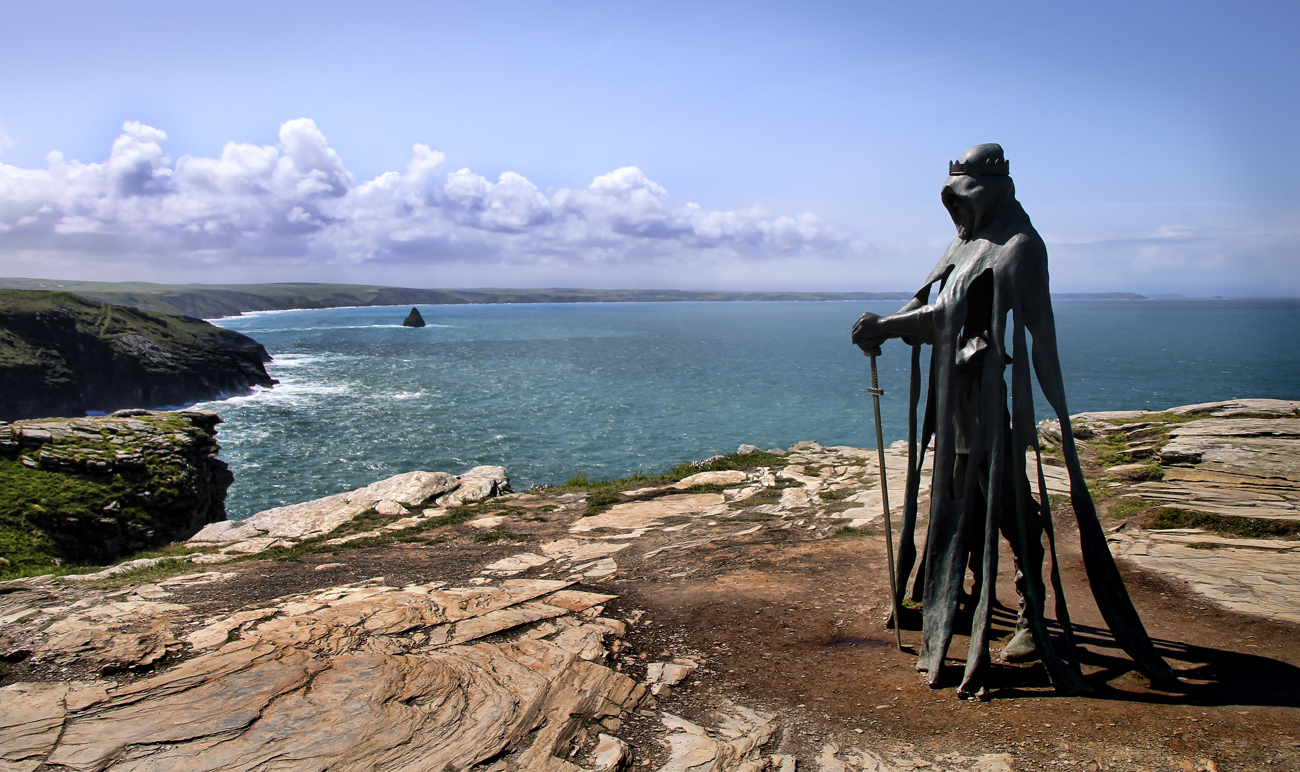 Best for a taste of life on the wild frontier - Birdoswald Roman Fort on Hadrian's Wall, Cumbria

Hadrian’s Wall probably needs little introduction for anyone with even a passing interest in English history.

Begun in around 122AD during the reign of the emperor Hadrian, the wall was built to guard the northern frontier of the Roman province of Britannia.

Running from the banks of the River Tyne on the North Sea across to the Solway Firth on the Irish Sea, this UNESCO World Heritage Site stretches 73 miles.

With a wealth of towers, turrets and forts along its length English Heritage manages over 20 sites.

Birdoswald Roman Fort is one of the four main sites and gives views over the longest remaining stretch of the wall.

Inside the visitor centre you can examine rare Roman artefacts from jewellery to armour.

If that isn’t enough then take the time to visit Corbridge Roman Town, Chesters Roman Fort and Housesteads Roman Fort as well.

Where to stay: The AA-award winning, five-star offering at Herding Hill Farm is really something special, and just a mile walk from the Wall itself. It’s also a spectacular spot for stargazing.

As you can see from our rundown of some of the best English Heritage sites to visit, they are often in stunning but out-of-the-way places.

So, whether you’re planning to drive directly to them or getting there by foot or bike you’ll always need to be well prepared for any eventuality.

While taking a trip into the past is a lot of fun, you’ll want the team of insurance specialists at Motorhome Protect to keep your campervan well covered if something unexpected happens in the future.