12 things to do in Suffolk

If you’re not a fan of big city driving then the beautiful county of Suffolk is definitely worth visiting in your motorhome this year. But don’t let the mere scattering of rural towns on the map fool you, there’s still plenty going on here.

To get you started planning your next super Suffolk vacation, here’s our rundown of 12 things to do on any visit.

But before you pack up your motorhome and perform your pre-journey checks, give us a call to arrange insurance for motorhomes. After all, you don’t want any mishaps getting in the way of your idyllic escape.

A brief guide to Suffolk

Suffolk is an East Anglian county of ancient origin located in the far east of England.

With borders with Norfolk to the north, Cambridgeshire to the west and Essex to the south, the area is perfect for both short breaks and longer excursions.

In the south of the county you’ll find the water meadows and mills so beloved of Constable, while further west will bring you to a series of perfectly preserved wool towns.

And last but by no means least to the east is the stunning North Sea coast. The Suffolk Coast and Heaths are an Area of Outstanding Natural Beauty.

Ready for a run down of the top things to do? Okay, here goes! 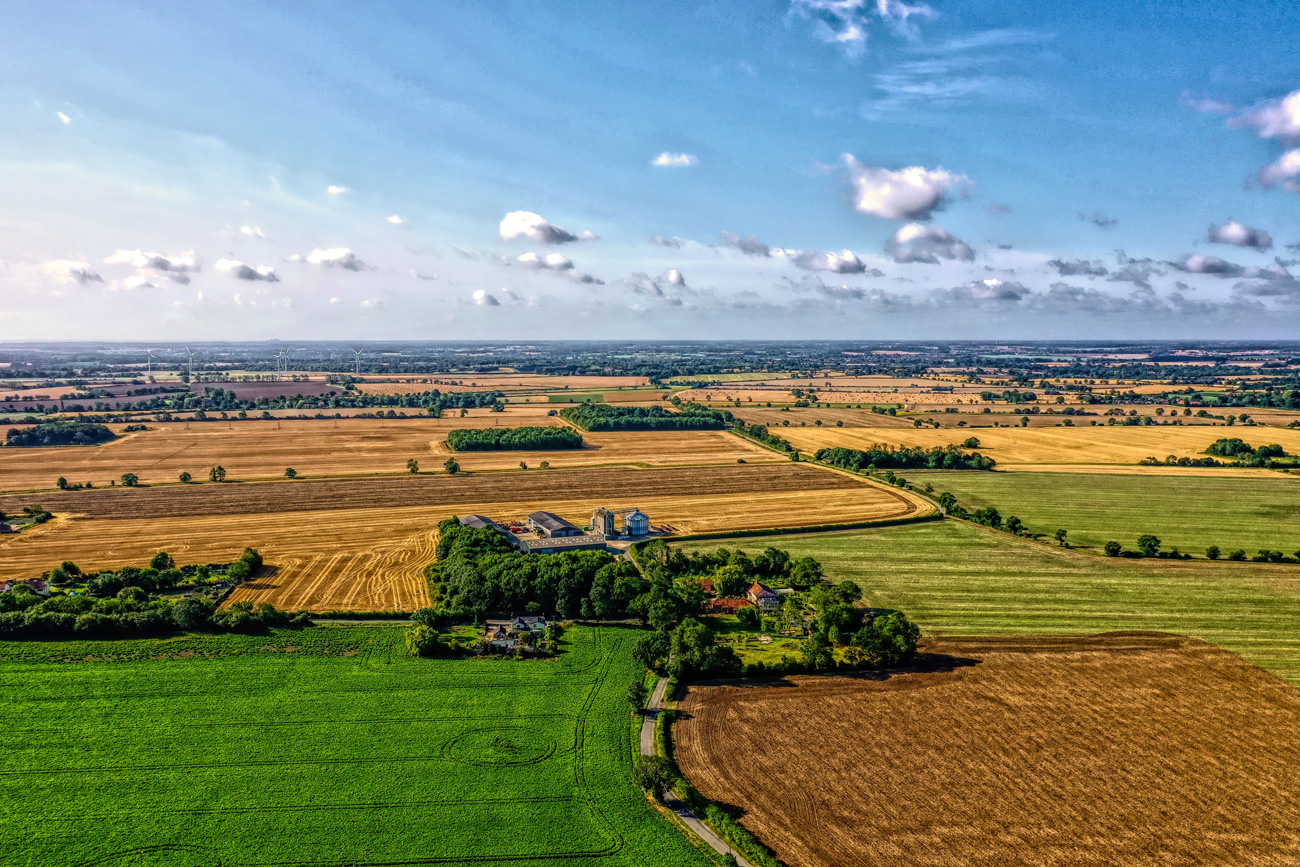 To the very north of the county you’ll find the immaculate, golden sands and family-friendly promenade of Lowestoft.

Thanks to its eastern location it’s famous for being the first place to see the sunrise in the UK. So, if you want to eek the very most out of a fun summer day trip with the kids then you’ll want to go here to get a head start on everyone else!

When you want a break from the beach then the small but perfectly formed theme park of Pleasurewood Hills is worth a visit for fun attractions and great rides.

We can also recommend the conservation-oriented zoo of Africa Alive! with its giraffes, zebras and rhinos. Particularly as you’re unlikely to meet any of them on a Suffolk safari!

Just north of the River Blyth, the charming, picture-perfect seaside town of Southwold is an ideal base for walking and bathing in this area.

While its days as a busy fishing port are long gone, it’s transformed itself into a very appealing little town that’s well worth a few hours of your time after a refreshing dip in the sea.

With a selection of fine old buildings, a long sandy beach, a cute harbour and a previous winner of ‘Pier of the Year’ it’s a great little spot. Better yet, if you enjoy a delicious pint or two then head to the most well-known of the local breweries, Adnams.

First established in 1872, they brew a huge range of beers using quality locally sourced ingredients. Our favourite is Ghost Ship, but they also have many other beers, vodkas, gins and whiskies on offer as part of their brilliant brewery tour.

Our next stop south from Southwold brings us to what’s left of the ancient city of Dunwich.

Seat of the ancient kings of East Anglia and once the largest port on the Suffolk coast, over the past 1,000 years the sea has slowly eaten away at the site.

Indeed, today the whole of the medieval city including all 12 of its churches lie beneath the waters of the North Sea.

All that now remains is a small coastal village and the fascinating Dunwich Museum that tells Dunwich’s interesting story.

Small, local museums like this have suffered much over the past few years and while it’s free to get in, donations are welcome. Or perhaps you could purchase something from the shop to support its important, ongoing work? 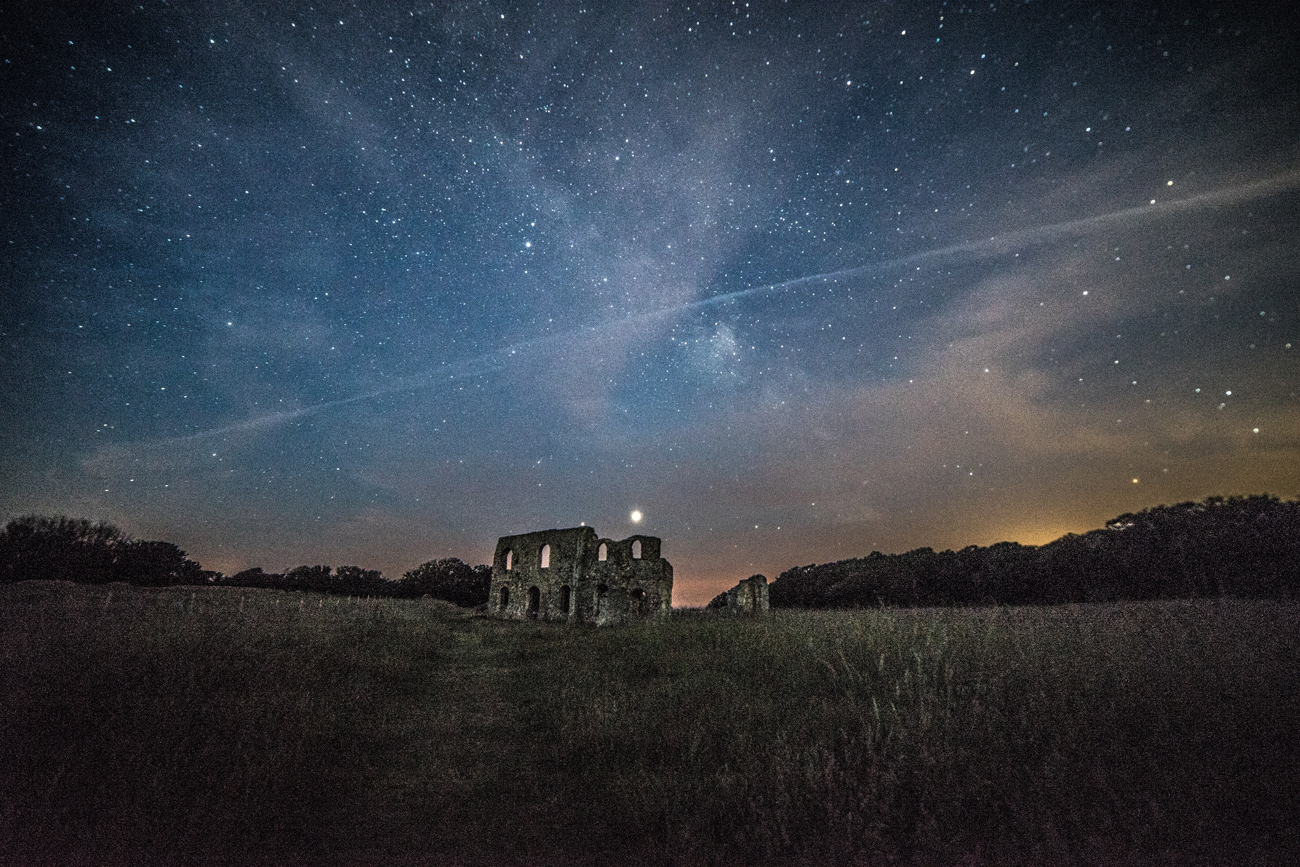 The Suffolk coastline boasts a huge variety of wildlife treasures and the area near Dunwich is no exception.

A hike south along the beach brings you to Dunwich Heath, where the coastguard cottages have been taken over by the National Trust and turned into a much-appreciated shop and coffee kiosk.

A further hike across the heath brings you to the unmissable birdwatching jewel that is the RSPB Minsmere nature reserve.

The coastline and heaths here have an undoubtedly eerie quality and there are seven hides from which you can take in the atmosphere and get your wildlife fix.

Treat yourself to an idyllic walk or head to the coastal lagoons to see an impressive variety of birds. Here you could find a large colony of avocets, bearded tits, marsh harriers and bitterns.

If you're lucky, you might see an otter around the reedbed pools or even hear a nightingale singing in the spring.

Heading inland from Dunwich brings you to the stunning market town of Framlingham and its castle.

Built in the 12th Century and the seat of some of England’s oldest families, the castle was once the centre of a vast network of power and influence.

Today this Grade I-listed former home of political intrigue and plots is managed by English Heritage and run for the benefit of tourists rather than the landed aristocracy.

Unlike many others, the castle itself is in great condition and you can even take a walk along its battlements for breath-taking views of the surrounding Suffolk landscape.

For those of a more modern turn of mind, singer-songwriter Ed Sheeran, who grew up in Framlingham, refers to the castle in his 2017 single, Castle on the Hill.

If you’re visiting then make sure to spare some time for the 12th Century Church of St Michael the Archangel, The Check House (one of the smallest houses in Britain), and the two oldest functioning Post Office pillar boxes in the UK.

One of the country’s best classical music festivals takes place in neighbouring Aldeburgh for two weeks every June.

The brainchild of Suffolk-born composer Benjamin Britten, the festival has been running since 1948 with Britten composing many of his best works for the event.

Another highpoint on the Aldeburgh calendar to be aware of is the Carnival in August, when the town can get rather busy.

Outside of festival and regatta time the seaside town is the quietest of places but no less delightful.

Make sure to visit The Aldeburgh Museum in the handsome 16th Century Moot Hall and walk one of the many footpaths that radiate out from the town.

The most obvious one leads to the rather fantastical village of Thorpeness and its wonderfully unique House in the Clouds.

Follow the winding estuary of the River Alde from Aldeburgh and you’ll arrive at the remote and peaceful hamlet of Orford.

Hidden away on the Suffolk coast, Orford is a small historic town with a marked maritime character and more than a whiff of brine.

From the top of the castle keep, there's a great view across the Orford Ness Nature Reserve. Adored by boaters and bird watchers alike, take a trip out on a clear day and marvel as the whole landscape glitters in the sun.

There’s a quaint old quay, and a couple of very welcoming pubs here including The Jolly Sailor and The Crown and Castle. It’s also something of a hub for foodies with sumptuous seafood at Pinney’s of Orford and artisan breads and masterfully made chocolates from Pump Street Chocolate Bakery. 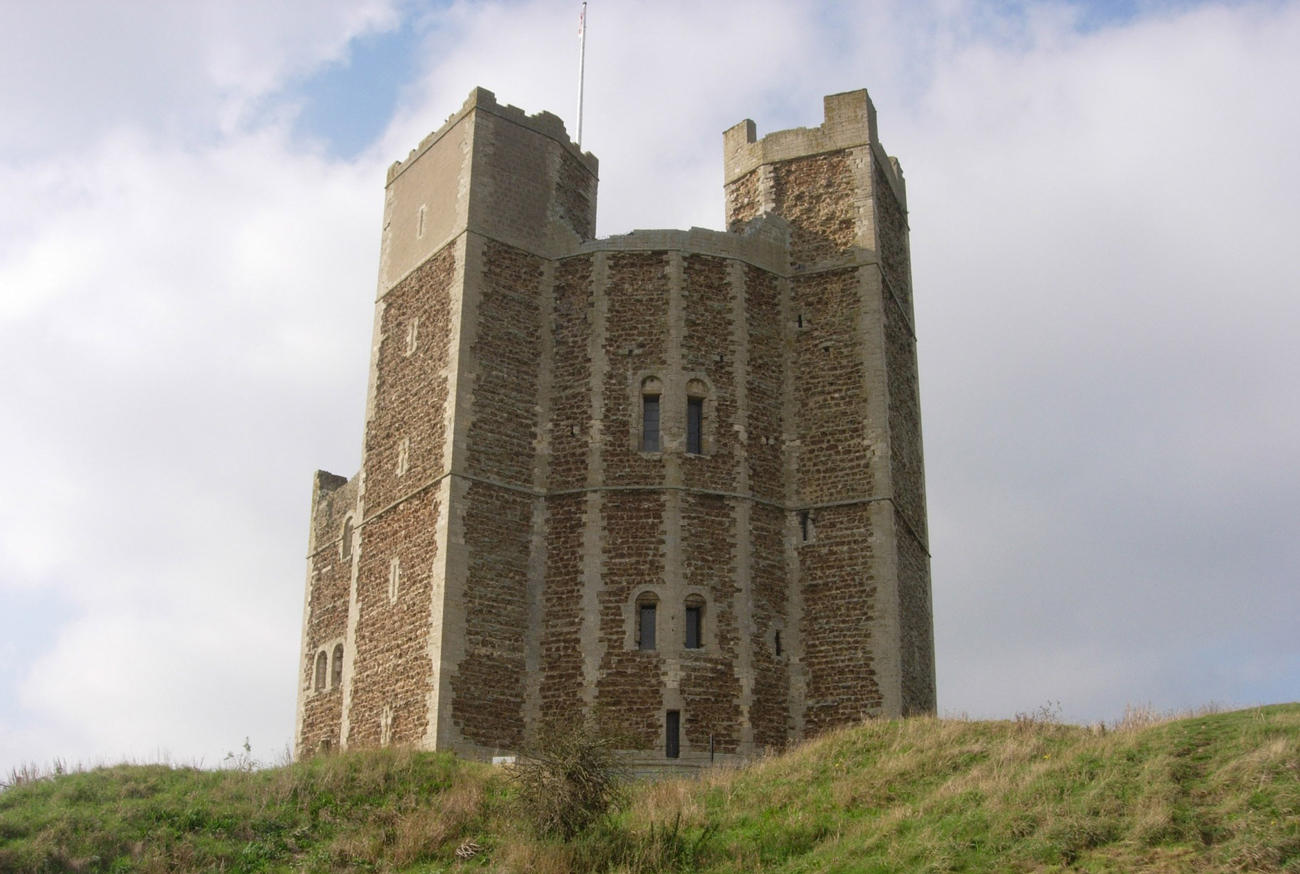 If you’ve got your binoculars out and are scanning the ground and skies for wildfowl and waders then you might spot something altogether more shocking.

In December 1980 a group of US air force personnel were out in Rendlesham forest near RAF Woodbridge when they spotted what they thought was a UFO!

If you want to take a look for yourself then there’s a handy UFO Trail you can follow. It’s an easy three-mile walk perfect for families and is great fun.

While we don’t expect you to be abducted by aliens there are many other unexpected events that can be covered by motorhome insurance. Always make sure you’re fully covered before venturing out. You can get a quick quote at Motorhome Protect today.

Discovered in 1939 near Woodbridge, Sutton Hoo is undoubtedly one of the greatest archaeological finds ever discovered in the UK.

Visit the National Trust exhibition hall and discover all this site has to offer. A word of warning – leave your metal detector in the car.

Found at the head of the Orwell Estuary, Ipswich is a town that dates back to the 600s and lays claim to the title of the oldest in England.

We don’t have time to debate the rival claims of Colchester, Amesbury, Abingdon and Thatcham but needless to say Ipswich is very old!

There’s lots to see and do here besides spotting beautiful buildings such as Christchurch Mansion and Ancient House. The vibrant quayside area is a great place to start.

If you’re visiting in August then the Ipswich Maritime Festival is worth staying for as it features live music, street markets, historical re-enactments and many old sailboats. 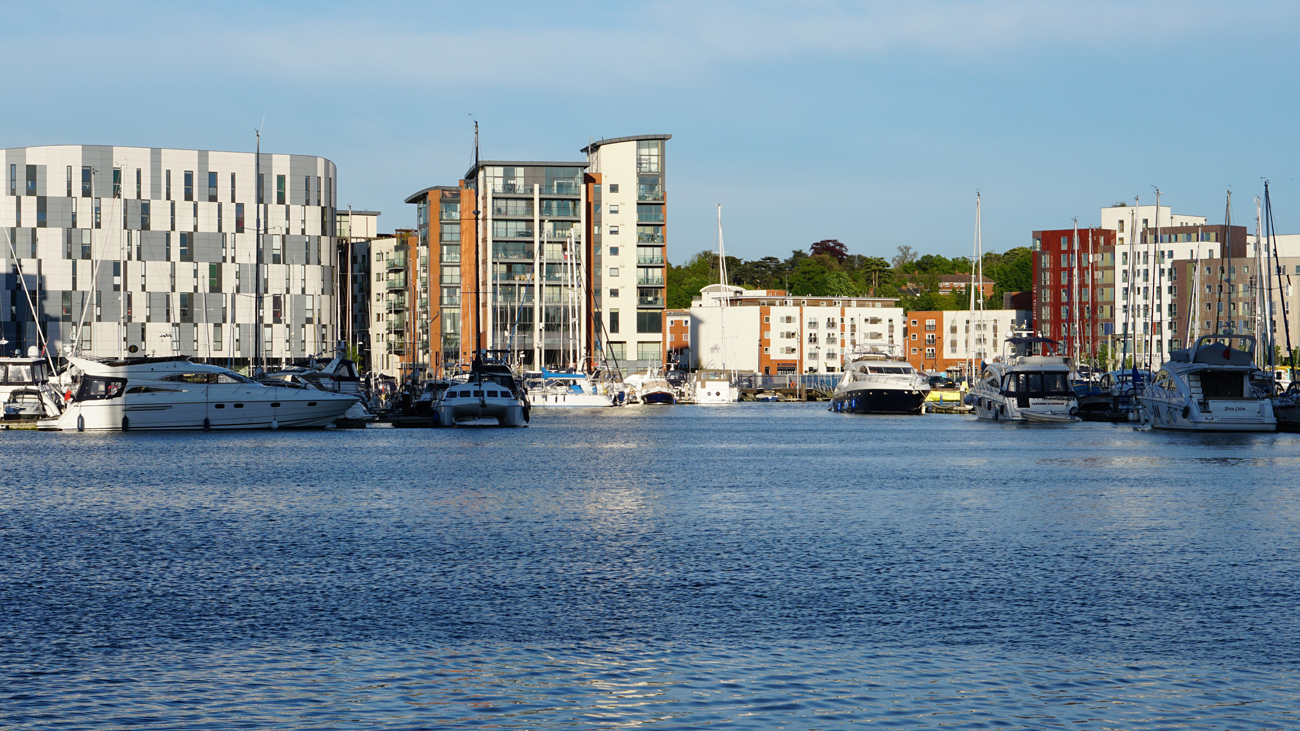 To the south of the county, the Dedham Vale Area of Natural Beauty on the border with Essex is particularly bewitching and long marketed as Constable Country.

With plenty of tranquil riverside walks, quaint pubs and glorious scenery the area around East Bergholt has changed little since John Constable was born here at the end of the 18th Century.

If you want to see the location of one of his most famous paintings then head for a stroll along the rustic River Stour. Here you’ll find Flatford Mill, the building featured in the classic Hay Wain painting.

The mill and its thatched cottage are now managed by the National Trust, and contain a fascinating exhibition about the Romantic landscape painter.

Heading to the far west of the county and the border with Cambridgeshire brings you to the fabled market town of Newmarket.

Long regarded as the birthplace of horse racing, races have been taking place here as far back as 1174!

As well as attending a thrilling day at the Newmarket Racecourse itself, also spare some time to visit the National Horseracing Museum.

With a wealth of events and exhibitions, it really is an indispensable trip for anyone even vaguely interested in the sport of kings.

And don’t forget those beautiful and spirited Thoroughbreds – they really are stunning to watch even if you don’t have anything riding on them!

We hope you’ll agree there are many fun things to do on your trip to Suffolk, but that doesn’t mean you should be unprepared for any mishaps.

Motorhome insurance is essential no matter how tranquil the spot!

Get a quick quote for motorhome insurance from Motorhome Protect today.