First awarded to Derry-Londonderry in 2013, the UK City of Culture is a competition run by the Department of Digital, Culture, Media and Sport (DCMS). Every four years, cities compete to become the designated city – and the 2025 race is set to be the biggest yet.

A record 20 places entered to be the UK City of Culture 2025, which have now been whittled down to a longlist which looks like this:

Which destination would get your vote? Perhaps you’ve toured some of them in your campervan already? For those cities which you are still yet to explore, this article will provide you with a rundown of each, so you can start planning a trip!

You could even plot a UK-wide adventure which takes in a few – or all – of the cities, it’s up to you. When you own a campervan, there are no limits to where you can go. As long as you’ve got your campervan insurance, you can hit the road whenever you like! 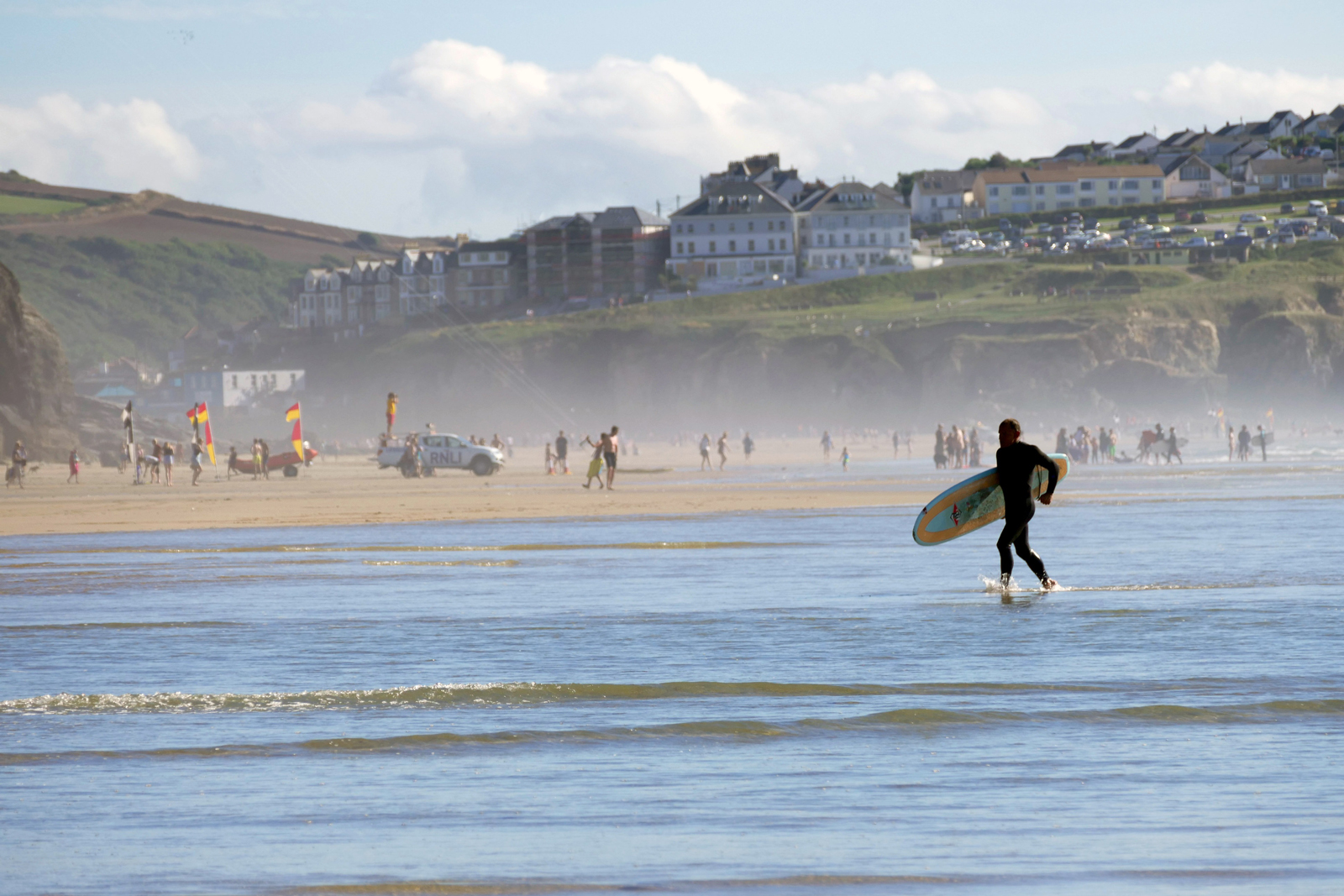 Why are so many cities competing this year?

The UK City of Culture award “is an opportunity to bring communities together, build local pride, develop new partnerships, and attract tourists from across the UK and beyond,” according to the DCMS. It adds: “It is an opportunity to celebrate local culture with a programme of events that is ambitious, inclusive, and inspiring.”

The bidding process for 2025 has already been fiercely fought, with the competition set to become even more intense when the shortlist is announced at the start of 2022.

It’s no surprise that more and more cities want to put their name forward for the UK City of Culture – it enables hosts to attract additional investment, create jobs and draw thousands of visitors to their local area.

Meanwhile, for the first time, the longlisted cities have each received £40,000 to develop their applications. The bidders are now working alongside a panel of experts and DCMS to finalise their bids ahead of the shortlist being announced next year.

The UK City of Culture title can do wonders for a city. Hull, which was the UK's City of Culture in 2017, has attracted more than five million people, £220m of investment and 800 new jobs, BBC News reports.

It’s been a similar story for Coventry, which has been the 2021 UK City of Culture. According to the DCMS, the city has already attracted over £100 million so far in capital investment “to support cultural projects, such as Herbert Art Gallery and Museum, Coventry Cathedral and Belgrade Theatre, among many others”.

As well as encouraging more visitors to the cities, the status has helped change public perception of each place. In a survey quoted by the DCMS, three-quarters of those who visited Hull in 2017 stated that it changed their perception of the city for the better. The award is said to have a positive impact on the winner – nine out of 10 Hull residents, for example, thought that the accolade brought a positive impact with more than 90% claiming they took part in at least one cultural activity.

Ahead of the naming of the UK’s City of Culture 2025, make it your mission to visit each of the cities to see where you think the prize should go.

In this brief guide to each place, we’ll detail everything you need to know as a campervanner – from the best landmarks to visit to where you can park up your vehicle for the night.

Competing as a district, rather than just a city, you could say that Armagh City, Banbridge and Craigavon have an advantage over other bidders (it’s said to be one of the favourites for the title).

Undoubtedly worthy of its place on the list, this district of Northern Ireland is a true original. It’s the jewel in the crown of the Georgian city of Armagh, which will transport you back in time, stirring the senses and inspiring the mind.

To see all the sights in the area, why not book yourself on a Donna Fox tour. From a cider tasting experience to Georgian-themed walking tours, you can pick one that suits your tastes and interests.

Situated in the Armagh countryside – but just a mile from the city centre – Little Acres Camping is a simple site. But you’ll get a big pitch and some great views over to the spires of the city’s two cathedrals.

Just like its Yorkshire compatriot and former UK City of Culture Hull, Bradford has been named one of the UK’s worst places to live in England – edging out its neighbour into fourth place in a recent online survey.

So, if anywhere could do with this prestigious title right now, you could argue it’s Bradford. However, if you’re prepared to give it the time of day, Bradford, with its Victorian industrial heritage and grand city parks, has plenty to offer visitors.

Set back into the beautiful Yorkshire countryside, Upwood Holiday Park enjoys some of the best panoramic views over the surrounding Bronte moors. Being a holiday park, it offers plenty of facilities including a bar, shop, play area and shower facilities. There’s even a beer garden when the weather is in your favour!

If it’s pretty villages and breath-taking vistas that you’re after, you’re spoilt for choice in Cornwall. It really is no surprise that so many Brits make the county their go-to for a holiday every year.

Even when the weather is against you – which is quite often in the UK, let’s be honest – there is no better place to be than the seaside. Secluded coves, sandy beaches, fishing villages… you’ve got it all in Cornwall.

The difficult bit is trying to narrow down exactly where to visit on a trip to Cornwall. However, we’ve given it a stab!

It very much depends on what part of the county that you want to spend most of your time. But we’re a fan of Tregurrian campsite, situated at the north tip of Cornwall, not far from the popular seaside town of Newquay. This quiet site will ensure you get a good night’s rest ahead of a busy day exploring!

Durham is popular with cinematographers, with the county’s landmarks and landscapes often playing a starring role in television shows and blockbuster films – most notably, the Harry Potter series of films.

The UNESCO World Heritage Site is well traversed by Potter fans – but there’s more to Durham than the odd appearance on the big screen.

Barnard Castle found itself in the headlines for – shall we say – strange reasons in 2020. But it’s actually home to a fabulous little camp site. Situated on the north eastern edge of the Yorkshire Dales National Park, ‘Barney’ as it’s known by locals has a 90-pitch campsite which boasts a play area for the kids and a visiting fish and chip van for the adults.

The heart of Britain's industrial revolution, Derby boasted some of the country’s first factories and spinning mills. It’s also said that Derby was the home of the inventor of the hot dog, Harry M Stevens, who later immigrated to the USA. Who knew?

A trip to Derby will allow you to explore the city’s rich history in more detail. But if history is not your thing, there are plenty of entertainment venues to take in, too!

Set in five acres of Derbyshire countryside, the Four Oaks Campsite is less than five miles from the city centre. Crucially (for many campervanners), it has a heated shower block – but it also has a communal BBQ area and pizza oven, which is a real treat on a warm summer’s evening! It might be a relatively basic campsite compared to some others, but you don’t need much when you’re in a campervan, right?

Perhaps best known for its port, Southampton boasts one of the world's largest natural harbours. As recently as the 1930s, it was England's busiest port for transatlantic passenger travel, while giant liners like the Queen Mary were built in local shipyards.

Many thousand emigrants departed the UK on ships sailing from Southampton, including the Titanic which made its doomed maiden voyage in April 1912. It's still a bustling port and you’ll often see a large cruise ship docked ready for departure.

Of course, there’s more to this Hampshire city than its port – but you do have to go looking for it!

It’s only right that we should have a Scottish city in contention. Known as the ‘Gateway to the Highlands’, Stirling is a city shaped by its unique history – but it’s not defined by it. The buzz of a young population helps with that (20% of Stirling's population is aged between 16 and 29 years), giving it a vibrant feel that caters for all ages.

Within easy reach of both Edinburgh and Glasgow (which are around 50 minutes away by road or rail), you can check out all the Stirling offers before moving on to a tourist trap!

If you find a campsite with a better view than Witches Craig Caravan Park, please let us know! The campsite is entrenched in some of the most breath-taking scenery in Scotland. Run by the same family for more than 40 years, put this place on your must-stay list. 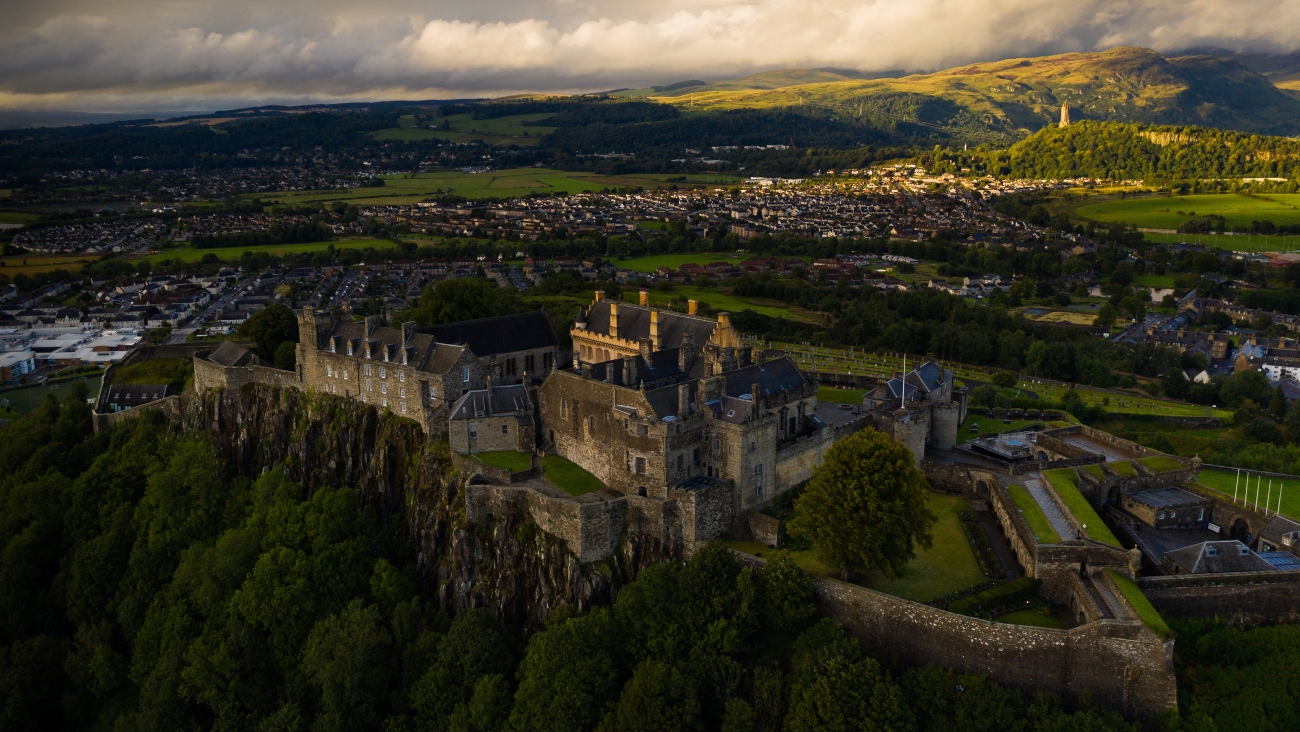 Wales is represented by Wrexham, with its enchanting wild natural beauty and 16th Century gothic buildings. The city has a curious history – it is said that it has the third oldest football club in the world in Wrexham AFC (now owned by Hollywood stars Ryan Reynolds and Rob McElhenney) and that it was the birthplace of the very first ‘Miss World’ competition.

There are many more fascinating facts to be found about Wrexham – but we’ll let you discover them for yourselves!

Situated in intimate tree-shaded glades, in the heart of Marcher country, Lady Margaret's Park Club Campsite is a peaceful and attractive site – and within walking distance of Pontcysyllte Aqueduct.

Protect yourself with campervan insurance

Wherever your travels take you, you should ensure you’re protected in the case of the unexpected with adequate campervan and motorhome insurance.

Campervan insurance through Motorhome Protect can come with the following benefits: