Where to spot wildlife around the UK

From big five safaris in Africa to whale watching in the Southern Ocean there’s many exotic wildlife experiences to be had around the world. But do you really need to travel so far from home for awe-inspiring glimpses of nature?

From the Highlands of Scotland down to the wild Cornish coast and from the Norfolk wetlands in the East across to Northern Ireland in the West, the UK is full of stunning wildlife.

So, get your campervan insurance sorted, your binoculars packed and head out to some of the best places to spot wildlife around the UK.

With a rich and diverse landscape attracting countless numbers of wildlife-spotters each year, Scotland is the perfect place to begin your wildlife adventures.

Home to a quarter of the UK’s most threatened species, the country’s land, seas and skies support a wide range of native mammals and birds and over 50,000 different invertebrates.

From white-tailed sea eagles on the Isle of Mull to adorable Shetland ponies, you’ll be spoilt for choice.

At  4,528 km², the Cairngorms National Park is a vast wilderness in the Highlands. Come search for the country’s own ‘Big Five’ animals – the red deer, red squirrel, harbour seal, otter and golden eagle.

While you’re at it look for mountain hares, pine martens and the unmistakable capercaillie birds. Admire the conservation efforts to bring back the Scottish wildcat from the brink of extinction. This pristine landscape has got to be on any wildlife lover’s must-see list.

Another wildlife haven is the Queen Elizabeth Forest Park with its wooded hills, shining lochs and charming glens. The easily accessible Lodge Forest Visitor Centre allows you to get up close to a wide range of wildlife with live CCTV viewing.

The star attraction is undoubtedly the ospreys who you might spot plunge-diving to catch trout from the lochs in the midsummer rush to feed their young.

With wild camping so popular in Scotland there are many choices of places to stay. Be sure to check your campervan insurance before you leave. 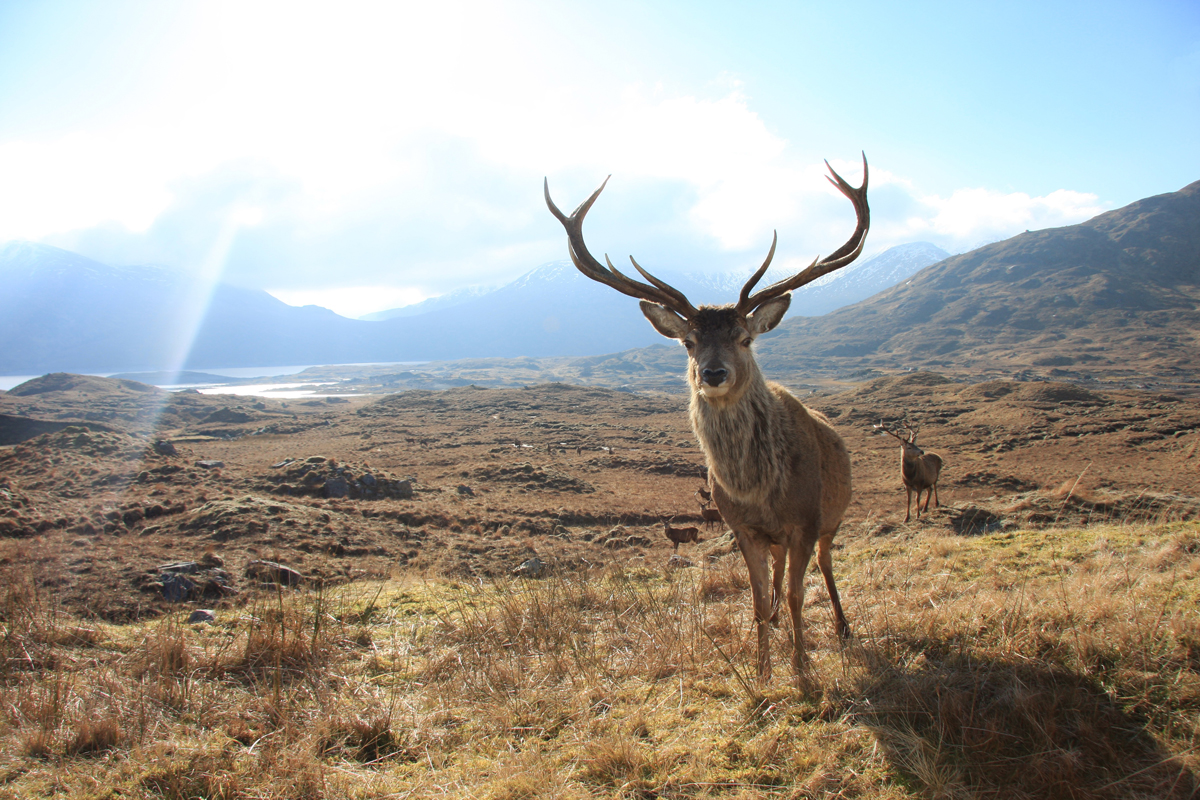 The lakes and rivers of the North

Northern England has some wondrous lakes and rivers to explore.

Head to the National Trust’s Wild Ennerdale project in the Lake District to see what happens when we take a step back and let mother nature find her own way.

Rivers and woodlands have been allowed to run wild here while non-native species have been removed. Butterflies, otters, pine martens and red squirrels have all made this place a successful home.

Keen fish lovers should head to the River Tweed in Northumberland to visit one of the most important European rivers for salmon.

While twitchers might catch a spectacular view of peregrine falcons swooping down from the carboniferous limestone cliffs at Malham Tarn in the Yorkshire Dales.

England’s highest freshwater lake, this internationally important area was loved by the poet William Wordsworth – visit in October to see it in all its Autumn glory.

Conservation efforts in the Midlands

The Midlands are often seen as the industrial heartland of the UK but there’s still plenty of wildlife to spot here.

Named one of the Top 10 eco destinations in the world by BBC Wildlife magazine, the 250-acre Attenborough Nature Reserve is found just outside the city of Nottingham.

The reserve has a minimal environmental impact and visitors can be confident of its green credentials.

Formerly a site for gravel extraction, the area has been painstakingly restored to provide a watery network of lakes and islands.

New habitats have been developed for dragon flies and wading birds like curlew. The starling murmurations in the Winter are stunning. 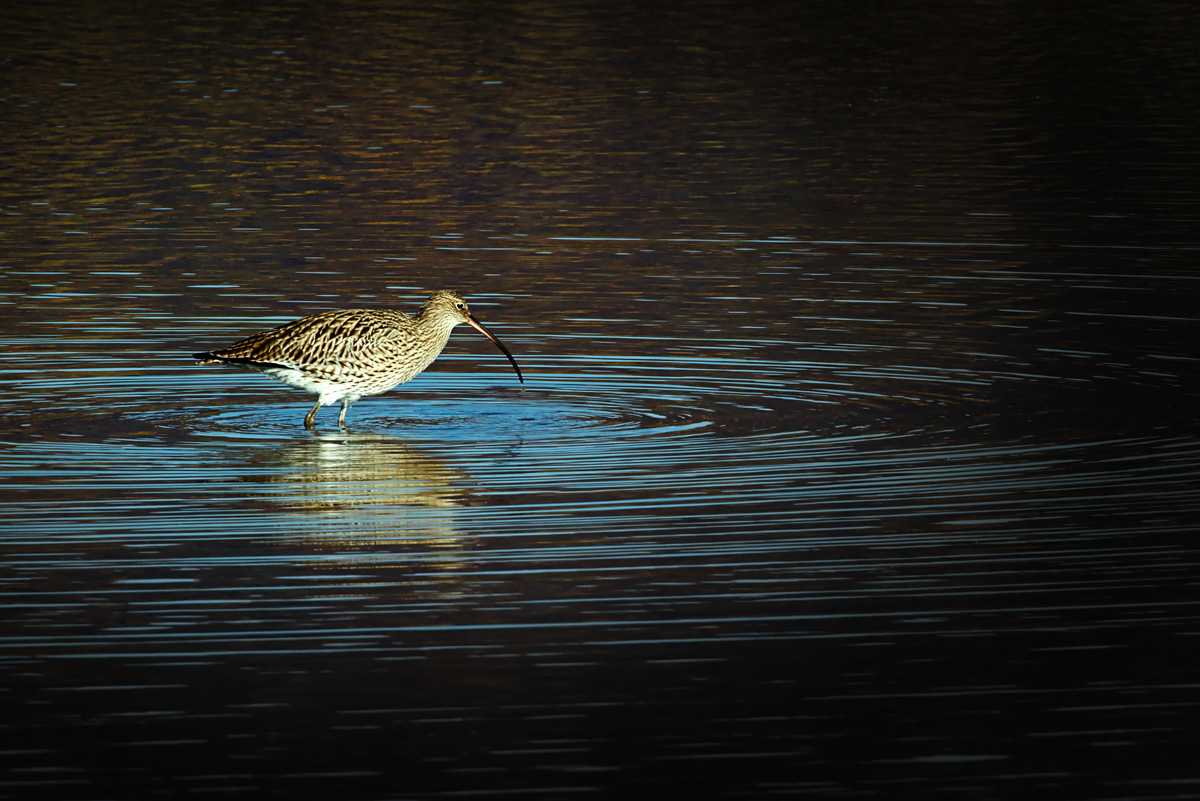 Coastal wonders of the East

The Norfolk and Suffolk coastline boasts a huge variety of wildlife treasures. Go in search of the common crane at Hickling Broad.

Despite its name the common crane is one of the UK’s most spectacular birds with a wingspan even greater than the golden eagle. During mating season, from February to March, this is a great spot to witness the famous dance of the cranes.

Other birds worth keeping an eye and ear out for are bitterns, barn owls, fluting woodlarks and the mysterious nightjar with its eerie churring call.

There’s also a National Trust nature reserve at Blakeney Point from which to view England’s largest breeding ground for grey seals. Visit the unmissable birdwatching jewel that is the RSPB’s Minsmere Nature reserve for an intense wildlife fix.

It’s a great place to observe world-renowned nature conservation in action. Created by Charles I in the 17th Century, the Royal Park is home to 350 fallow and 300 red deer – stay well back between May and July when the young ones are around.

Owls, bats, woodpeckers, falcons, kingfishers, dragonflies and butterflies are all easily spotted, too.

On the other side of London lies Lee Valley Park, stretching 26 miles from Stratford in East London to Ware in Hertfordshire.

Known as London’s ‘green lung’ this 10,000-acre park runs alongside the River Lee and is crossed midway by the M25 motorway.

Containing five nature reserves and eight sites of special scientific interest the park is one of the most important sites to spot the elusive bittern.

It also has 32 different species of mammal, 500 types of flowering plant and 21 species of dragonfly.

While you’re in the South East you could head down to Folkestone to cross by ferry or the Channel Tunnel to France and Europe. Remember to update your campervan insurance if you choose to do this. 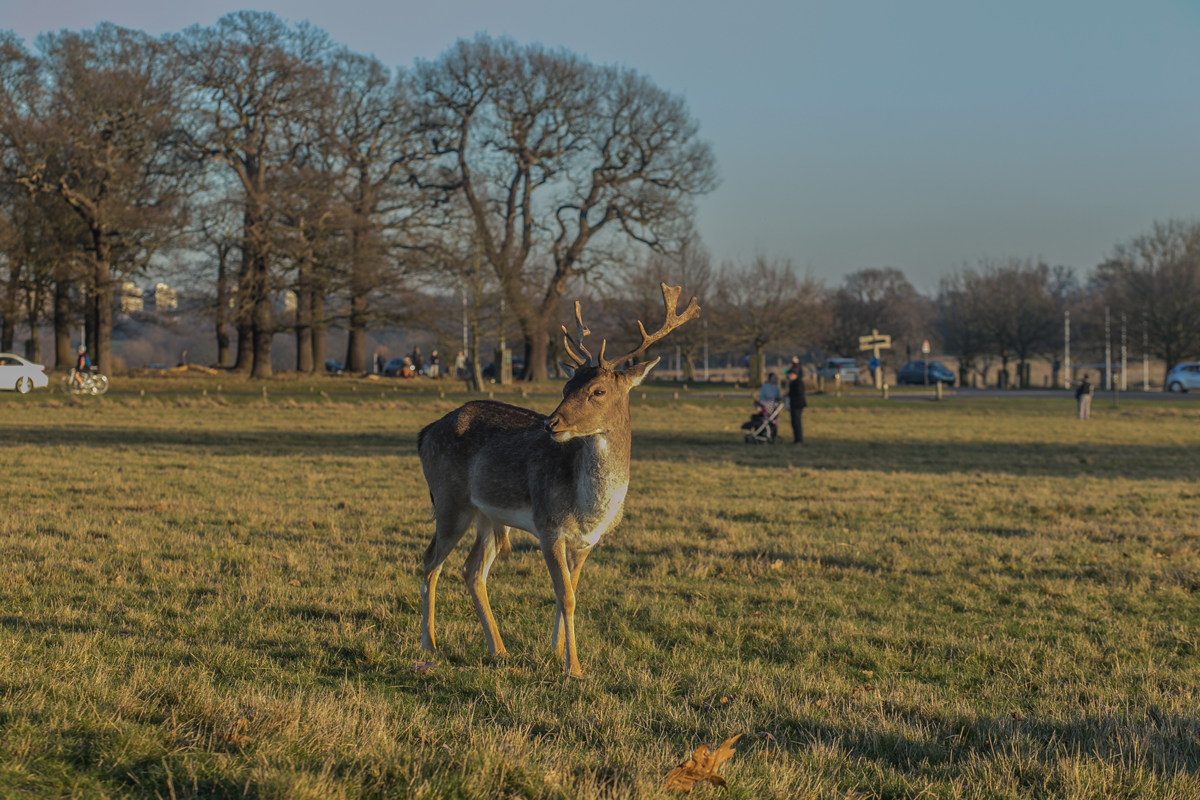 Marine life in Devon and Cornwall

The South West has many wonderful spots but some of the most fulfilling are out on the water. Just 10 miles off the north coast of Devon is Lundy Island, the UK’s first designated marine nature reserve and a great place to explore.

However, be warned this small granite outcrop is only three miles long and half a mile wide. It’s a no-vehicle island so you’ll need to leave your campervan at a car park in either Bideford or Ilfracombe.

With no roads linking the rugged cliffs on the west to the grassy slopes on the east, walking is a real pleasure on Lundy Island, and why this landscape has such a wealth of wildlife.

The biggest seabird colony in the south of England includes puffins and Manx shearwaters and is an attractive stopover for migratory birds.

The surrounding waters are home to seals, bottlenose dolphins, harbour porpoises and even basking sharks – while on land you might come across wild ponies and the long-snouted pygmy shrew.

The cliffs and coves of Cornwall are blessed with wildlife galore and a walk along any of the fabulous coastal paths will be sure to end in spotting something wild and interesting.

Bird enthusiasts should watch out for the Cornish chough with its blood-red legs and curved bill while looking out to sea will reward you with views of seals and porpoises. 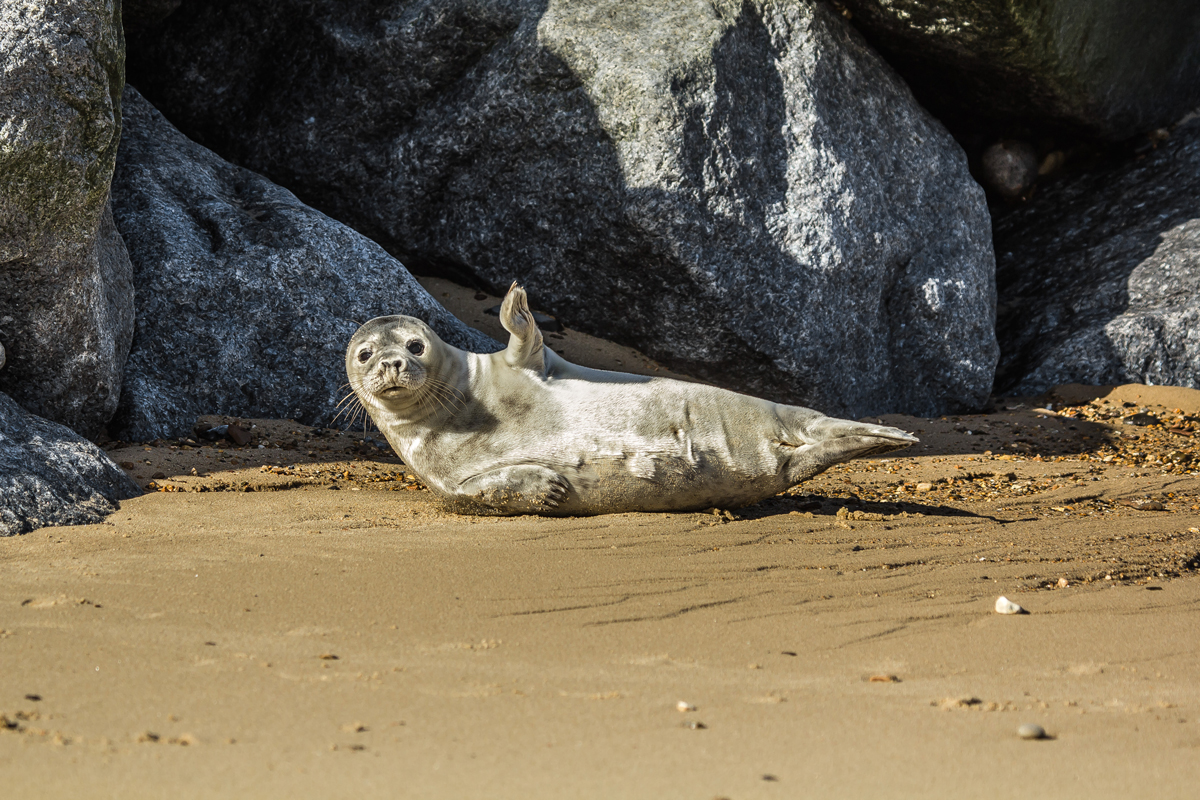 One of Europe’s best wildlife watching secrets, Wales can rival anywhere in the world for natural wonders.

Pembrokeshire in South Wales has a huge variety of habitats and unique species. While Skomer Island might be only 247 acres it’s a hugely important site for seabirds – so special, in fact, that visitors are asked to adhere to strict biosecurity rules.

It’s also home to the entirely unique Skomer vole that’s a vital food source for the island’s birds of prey.

If you like larger mammals, then head to National Trust property Stackpole and keep your eyes peeled while walking along the spring-fed Bosherton Lakes.

You could spot one of the infamous otters or two. Head there later in the evening and you could also catch a glimpse of a greater horseshoe bat – the trees and old buildings dotted around the Stackpole estate are home to one of the largest colonies in Britain.

Kenfig Pool near Bridgend is a natural freshwater lake set amid woodland and sand dunes on the South Wales coast. It’s a haven for migrating birds, dragonflies and other aquatic life.

Delicate and rare orchid species can also be found on the dunes, including 90 per cent of the UK’s super-rare fen orchids.

The countryside and coastline of Northern Ireland is always teeming with wildlife.

The Causeway Coast in Northern Ireland is home not only to the spectacular Giant’s Causeway but also a wide array of exciting sea life ranging from porpoises to seals.

However, one species that never fails to leave visitors begging for more is the basking shark and there are plenty of them living in the waters here. Visit in spring for the best chances of seeing them for yourself.

Lower Lough Erne Islands Reserve in County Fermanagh is the most westerly of all RSPB reserves in the UK. It consists of more than 40 islands on a large freshwater lake, home to lapwings, curlews, snipe and a unique inland colony of breeding Sandwich terns.

Rathlin Island in County Antrim can be reached by ferry and is a haven from which to spot puffins and gannets as well as guillemots, kittiwakes and razorbills. Home to many Irish hares you might be very lucky and spot the unusual ‘golden hare’ that’s native to the island. 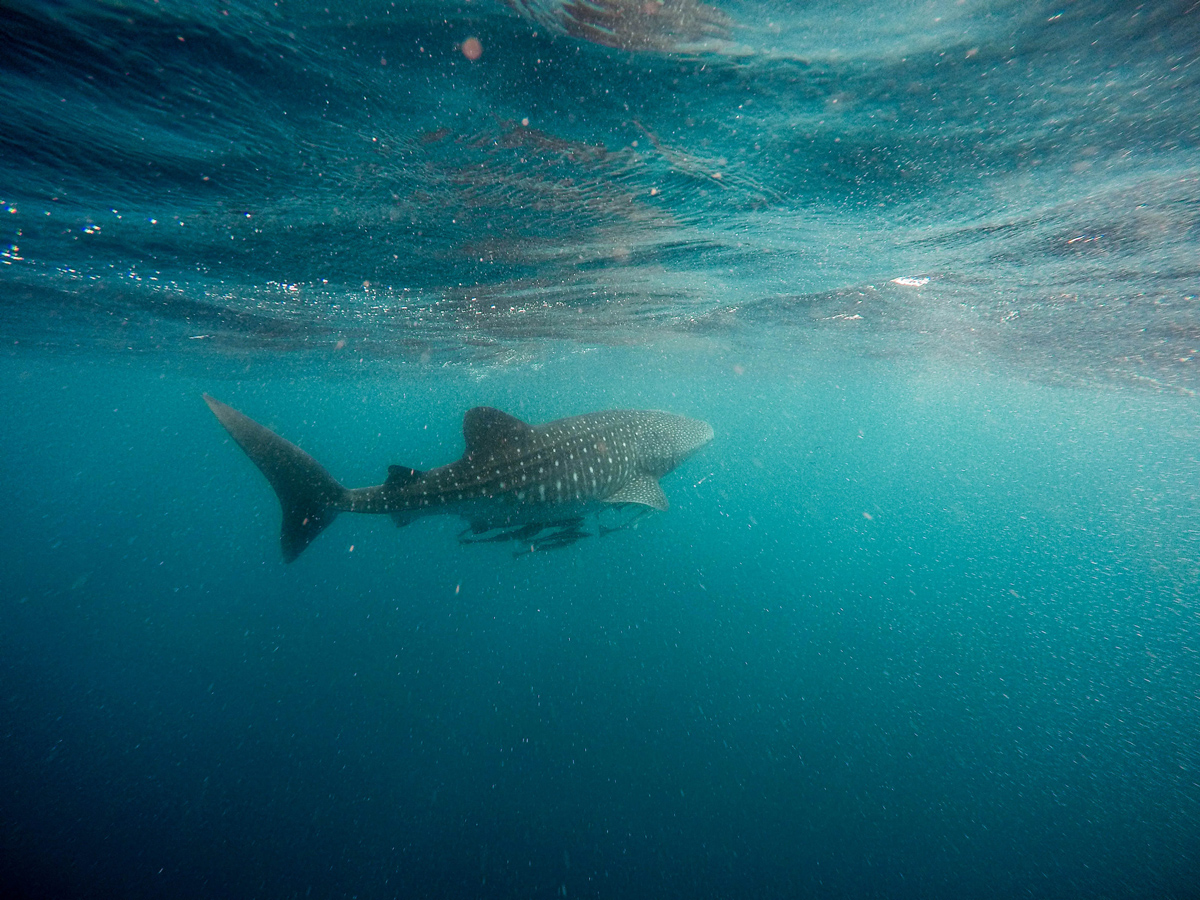 Protect your vehicle with campervan insurance

Choosing campervan insurance from Motorhome Protect is the ideal way to get your wildlife spotting expedition off to a good start.

Our specialist team will search out the best cover for you from our panel of insurers. Benefits of campervan insurance through us can include:

Call Motorhome Protect to get a quote today for campervan insurance you can trust.