If you’re looking for some road-trip inspiration this autumn, how about visiting one of the UK’s spectacular forests?

Forests are a delightful place to be during this season, bursting with hues of red, russet and gold.

They provide both a stimulating and de-stressing environment, depending on what you need right now.

So, pack a pair of walking boots and get exploring some of the best woodlands that the UK has to offer in your motorhome.

Before we launch into listing some of the best forests to see this autumn, a word of warning: driving gets tricky and more dangerous around this time of the year, so it’s essential that you have adequate motorhome insurance in place.

Getting the right kind of coverage means you can get on with all your travel adventures knowing you're protected in case of the unexpected. 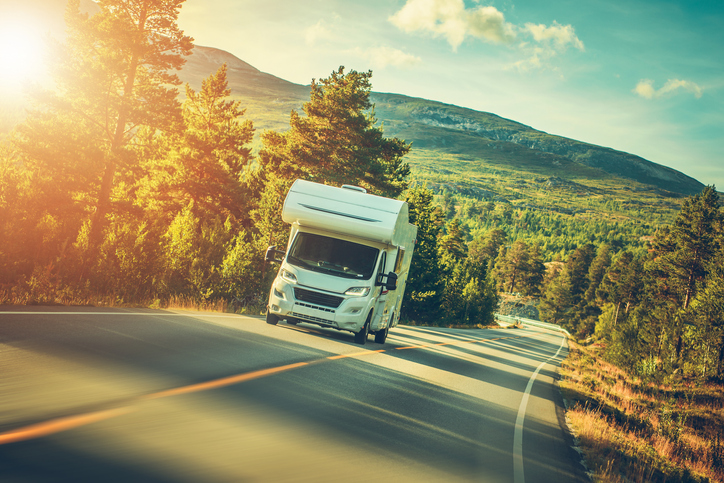 Why visit a UK forest?

Now that we’ve got the safety bit out the way, we can put all our focus on forests – they’re truly deserving of our attention, after all.

Why? Well, forests provide habitats for so many animals across the UK, while also offering watershed protection, preventing soil erosion and mitigating climate change.

Outside of the UK, forests provide a home to 300 million people, including 60 million indigenous people.

As the World Wide Fund for Nature points out: “When we take away the forest, it is not just the trees that go. The entire ecosystem begins to fall apart, with dire consequences for all of us.”

In general, the UK public understands the importance of forests.

As per Forest Research’s Public Opinion of Forestry 2019, UK and England, 95% of people in the UK and 94% in England agreed that forests and woodlands are important to the public because they are important places for wildlife.

Meanwhile, 93% in both the UK and England agreed that forests and woodlands are important to them because they provide a space to relax and de-stress. 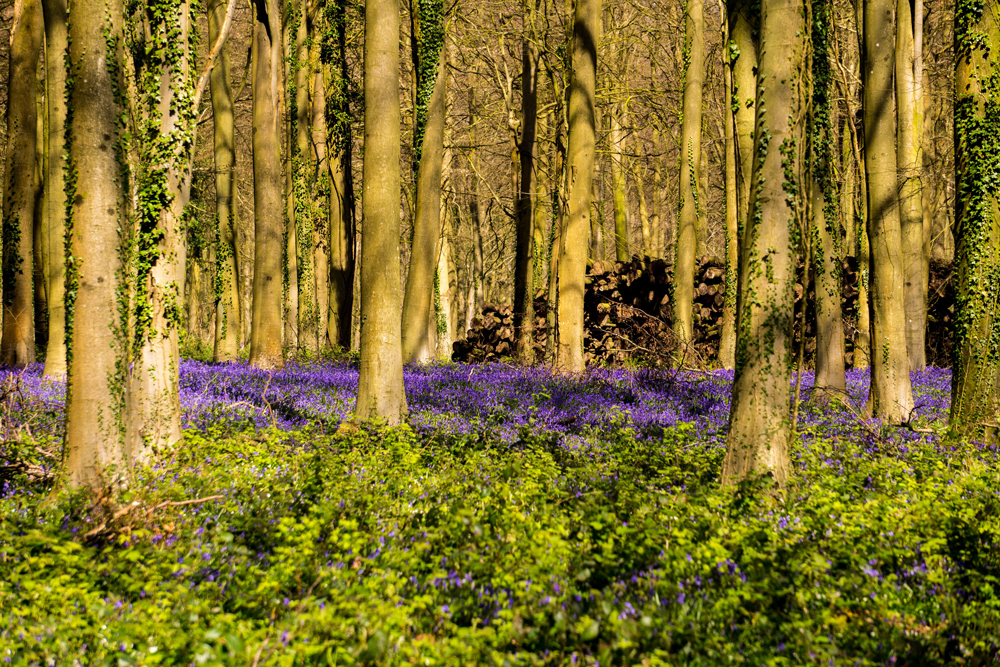 How many forests are there in the UK?

A June 2019 report by Forest Research estimates that the UK has 1.40 million hectares of forestry, including all Forestry Commission, Forestry and Land Scotland, Natural Resources Wales, Forest Service woodland.

In terms of woodland in the UK, the report estimates it to be in the region of 3.19 million hectares.

What’s the difference between woods and forests?

When you think of a forest in today’s world, you immediately picture an area of wooded land. But forests weren’t always considered an area with myriad trees.

In medieval times, a forest was similar to a preserve, i.e. land that is legally kept for specific purposes such as royal hunting.

So forests were areas large enough to support species such as wolves and deer for game hunting and they encompassed other habitats such as heaths, open grassland and farmland, too.

Woodlands are like forests (land covered with trees and vegetation) but on a smaller scale.

That’s not to say, however, that they are any less important – plus, as the Forest Research shows, there is more of it.

The two terms are fairly interchangeable, though, with no exact figure on what separates a forest from a wood. 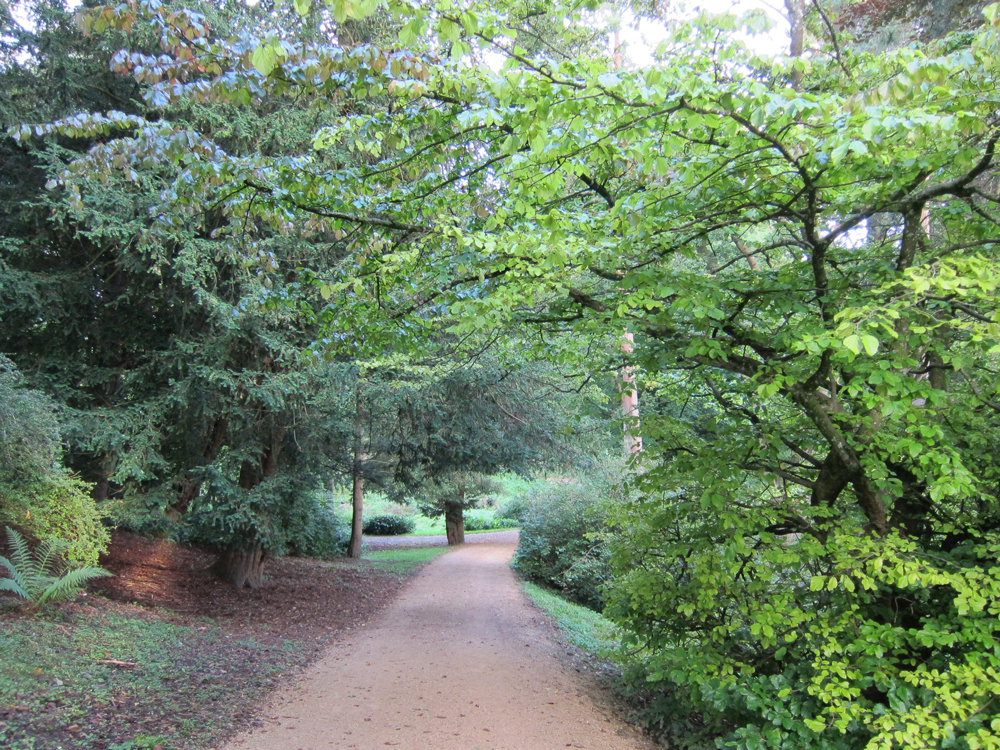 Who looks after Britain’s forests and woodlands?

Although the state owns much of the wooded areas in Britain, government body, the Forestry Commission, maintains the majority of the woodlands and forests in England.

In Wales, the commission merged with Natural Resources Wales in 2013.

In Scotland, Forestry and Land Scotland looks after the woodlands while Scottish Forestry is responsible for policy and regulation.

The bodies have lots of land under their remit – but that wasn’t always the case.

Over the last 100 years, a lot of work has been put into reestablishing the UK’s woodlands. So, let’s enjoy them.

We’ve included both forests and woodlands in our list of the best forests to see this autumn.

We’ve also named a nearby campsite below each of our forestry picks, all of which have motorhome pitches ready for you to park up in.

So get that motorhome insurance in place and get ready to explore what the UK has to offer! 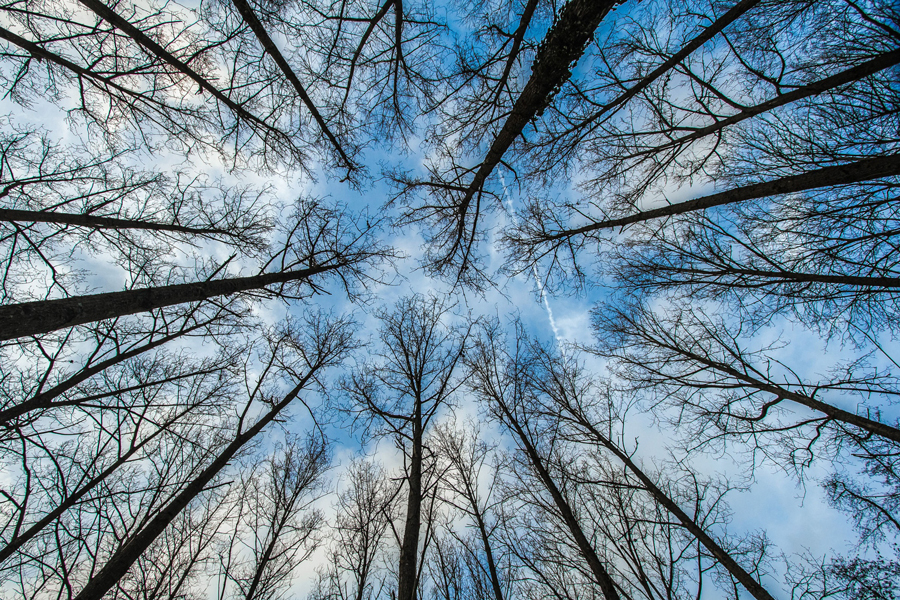 If you’re one of those people who needs something in their sights as they set about a walk, then King Alfred’s Tower walk could be the perfect stop-off.

The five-mile route leads you up through majestic mixed woodlands to the 160ft tall tower, built for Stourhead’s owner Henry Hoare II in 1772.

Also known as The Folly of King Alfred the Great or Stourton Tower, the folly tower is now belongs to the National Trust and has been designated as a Grade I listed building.

The tower stands near the location of 'Egbert's stone', where it is suggested that Alfred the Great, King of Wessex, assembled the Saxons in May 878 before the important Battle of Edington.

The tower walk isn’t suitable for wheelchair users due to the uneven terrain and steep hills but visitors are welcome to bring their dogs if they’re kept on the lead. 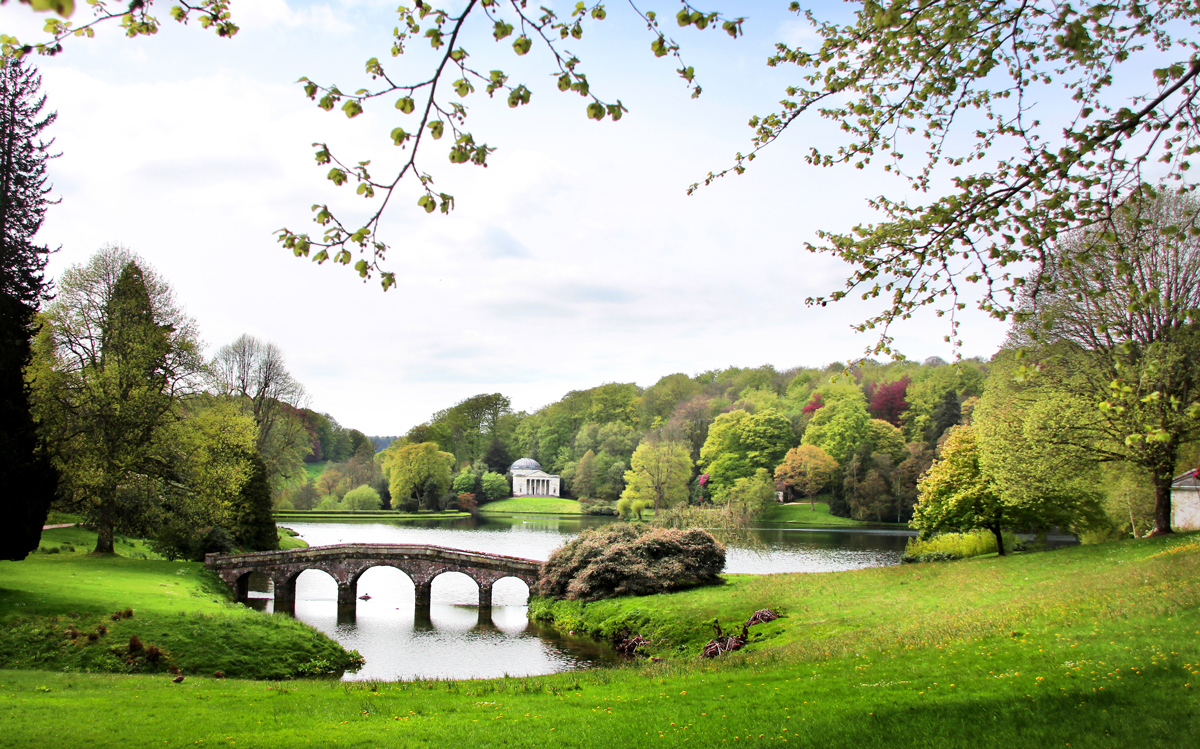 If you’re a Caravan Club member, you’ll be able to park up on site at the Stourhead Estate.

However, there’s only room for five motorhomes and facilities are limited, so bear that in mind before you make any bookings.

There are toilet facilities, a restaurant and electric hook up available, but little else.

Motorhomers can’t get enough of Cornwall – if you’re one of them and want to try somewhere new this autumn, away from the blustery Cornish coast, then Cardinham’s beautiful mixed woodland is a hidden gem that you need to see.

Revel in stunning viewpoints and drink in the area’s fascinating history with remnants of the old mine and traditional clapper bridge.

There is something for everyone at Cardinham Woods.

If you’re bringing the kids, you’ll be able to keep them entertained with the play area and the Shaun the Sheep Farmageddon Glow Trail.

Those seeking a more active visit can set off on the 12km Bodmin Beast cycling trail. 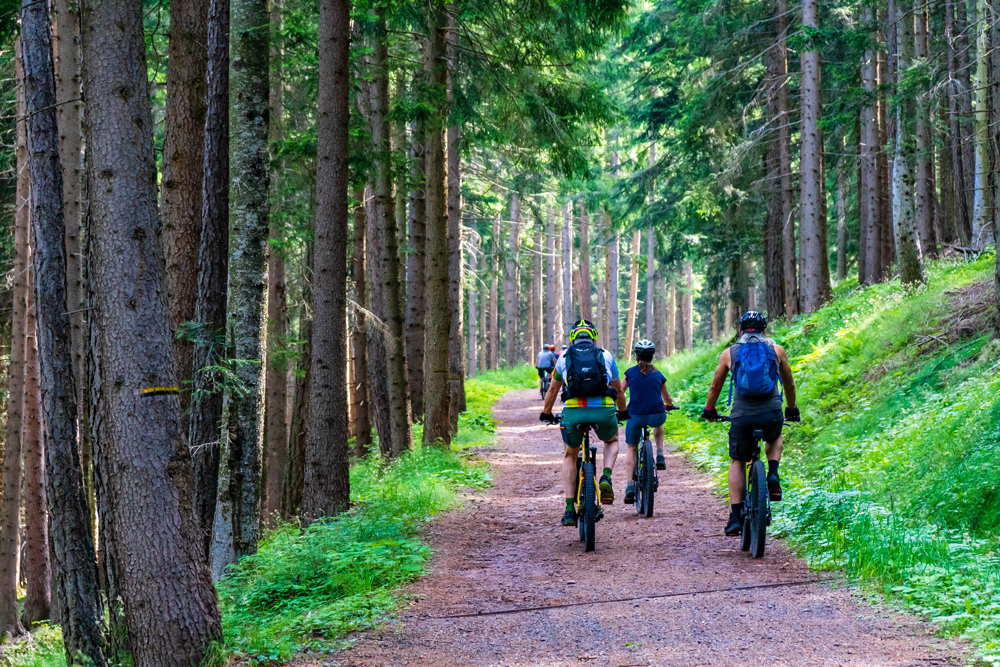 Just three miles from Cardinham Woods lies Gwel-an-Nans, a site in a secluded spot south west of Bodmin Moor and less than a 15-minute drive from the town of the same name.

Pull up and you’ll get a sunny welcome from the site’s friendly owners – the couple who run this two and a half-acre park in the middle of a bigger animal-filled farm.

These friendly folk can organise a ride on a donkey trap around the local area for small explorers, too!

The Woodland Trust is attempting to revive this ancient, semi-natural woodland to some of its former glory by thinning conifers planted in the 1960s – they now deny some important woodland plants of some much-needed sun.

Credenhill's Iron Age hill fort is notable for being one of the largest hill forts in England, and it is thought to have been an Iron Age tribal capital.

The walk to the top is well worth it, providing you with incredible views across to Wales.

Soak up the autumnal landscape and imagine what the scene looked like 400 years ago. 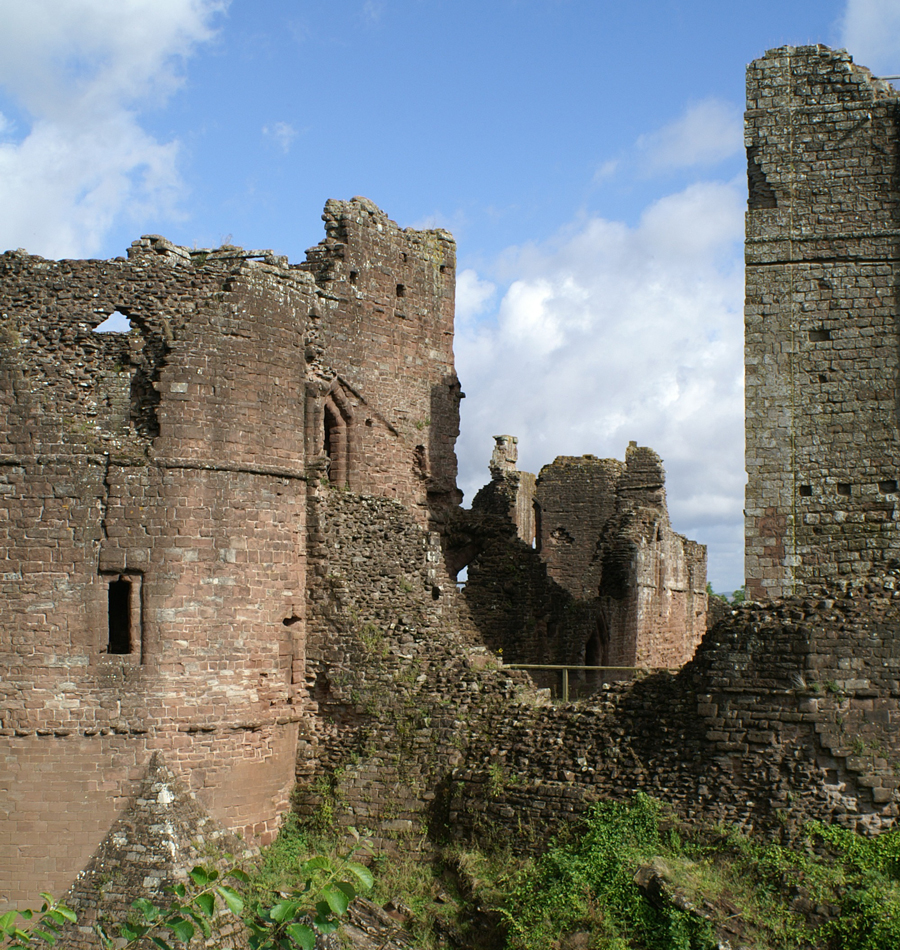 If you travel west on the A480 away from Credenhill Park Wood you’ll come across Moorhampton Club Site, a charming, popular getaway, which makes motorhomers feel at home the moment they drive into the campsite.

The park, nestled in the dreamy North Herefordshire countryside, used to be a railway station but now has a much more idyllic feel with daffodils on the bank at the entrance and apple blossom in the orchard nearby.

On 23rd October 1802, English author, poet and diarist Dorothy Wordsworth – sister of the romantic poet William Wordworth – wrote the following of Grasmere and Rydal: “A breathless, grey day that leaves the golden woods of autumn quiet in their tranquillity, stately and beautiful in their decaying. The lake is a perfect mirror.”

This six-mile circular tour around Grasmere and Rydal Water illuminates her words into a beautiful reality.

The route starts and finishes at Rydal, home to the Badge Bar – make sure you reward yourself with a nice drink at the end of the trail. 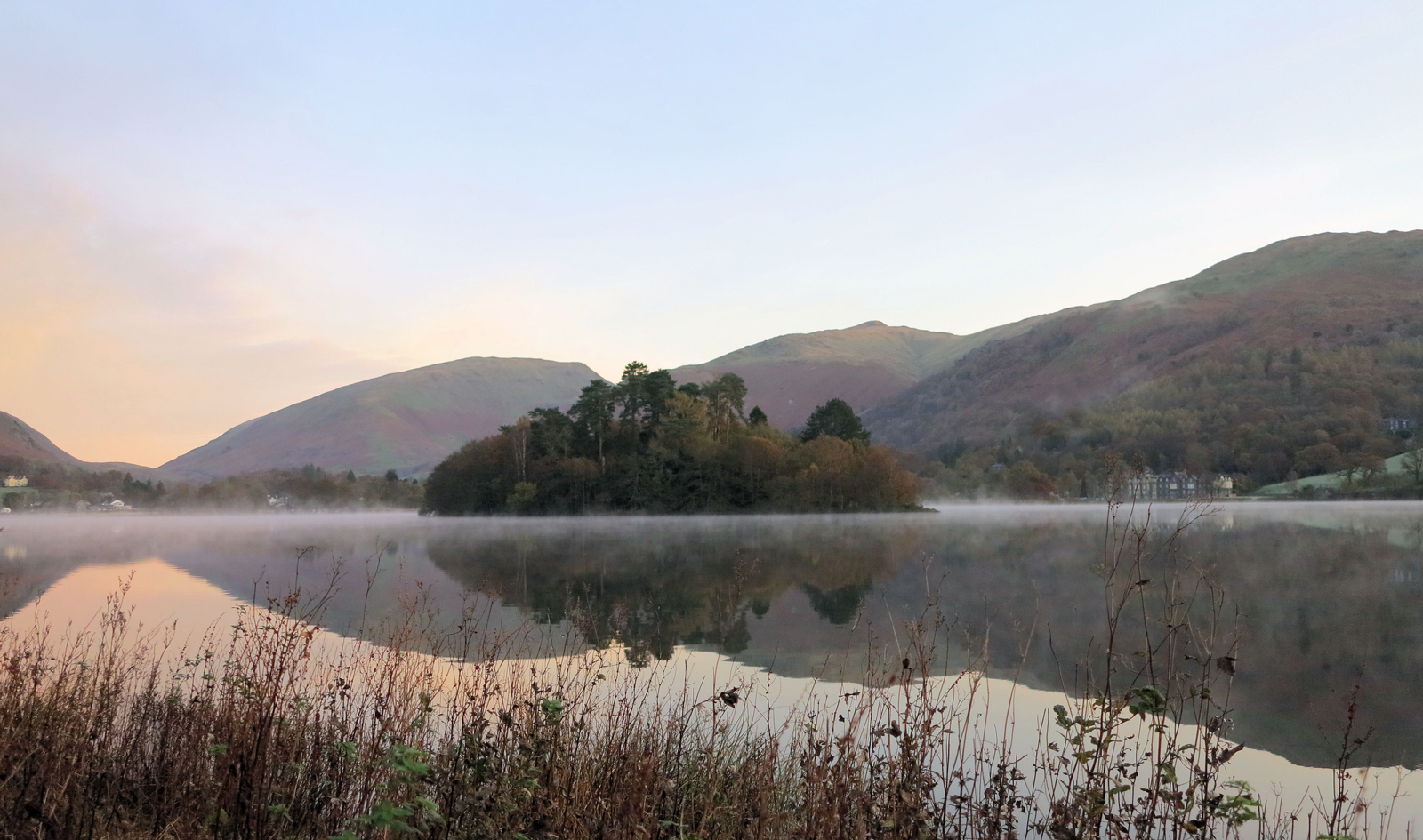 Nearby campsite: The Quiet Site

One of the most forward-thinking and eco-friendly campsites in the country, The Quiet Site is home to the UK’s first zero-waste campsite shop and generates almost all of its energy (including the hot water) from solar and renewable sources.

An on-site bar, simply known as ‘The Pub’ – housed inside a 17th-Century barn – makes a great place to toast your trip.

If you’re feeling playful, it has a side room with games like table tennis and air hockey.

The park boasts miles of purpose-built trails including forest walks for all the family and dedicated mountain bike tracks for adrenaline junkies.

On the 26-mile Lakeside Way trail – which encircles the shoreline of Kielder Water – you can even ride your horse! Can you squeeze him into your motorhome?

To put into perspective how big the forest is, around 50% of England’s native red squirrel population are believed to live here. 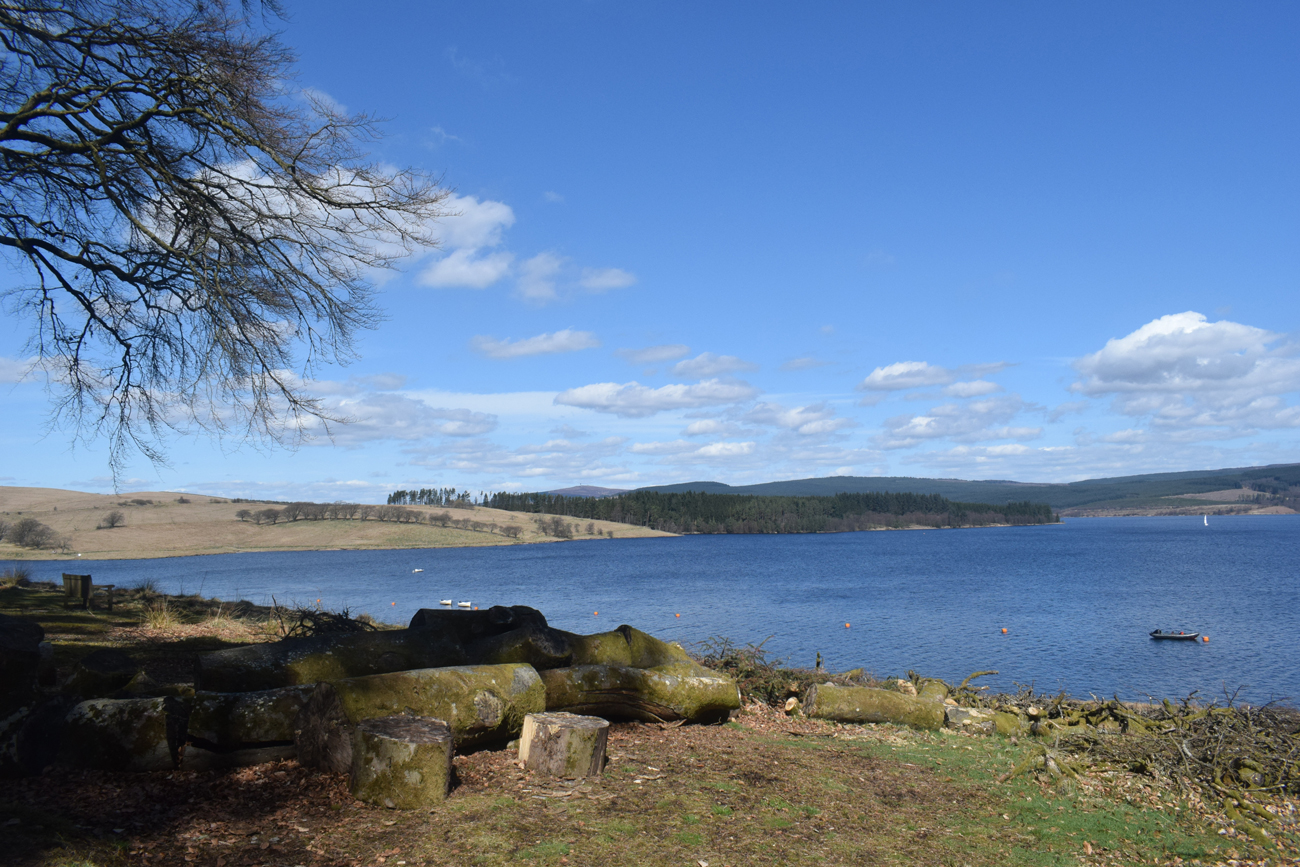 After a tiring day on the trails, you want to kick back in a bit of luxury, are we right?

If you’re prepared to travel a bit – an hour’s drive from Kielder Forest – you could treat yourself to some accommodation at an AA award-winning, five-star touring, camping and glamping site with hot tubs. Why not?

Open all year round and boasting a state-of-the-art amenities building with underfloor heating, a unisex sauna, drying room, laundry room, covered washing up area, and family/accessible bathroom (with bath tub and baby change), you’ll want for nothing here.

You will feel fully refreshed ahead of another day on the trails.

We move from England’s largest forest to the UK’s largest man-made lowland forest.

Thetford Forest is arguable the best-known woodland in the UK.

If you’re travelling with kids, you can explore the outdoor play facilities at High Lodge; if not, explore the history and heritage of Mildenhall Warren and Lynford Arboretum and the peace and tranquillity of St Helen's. 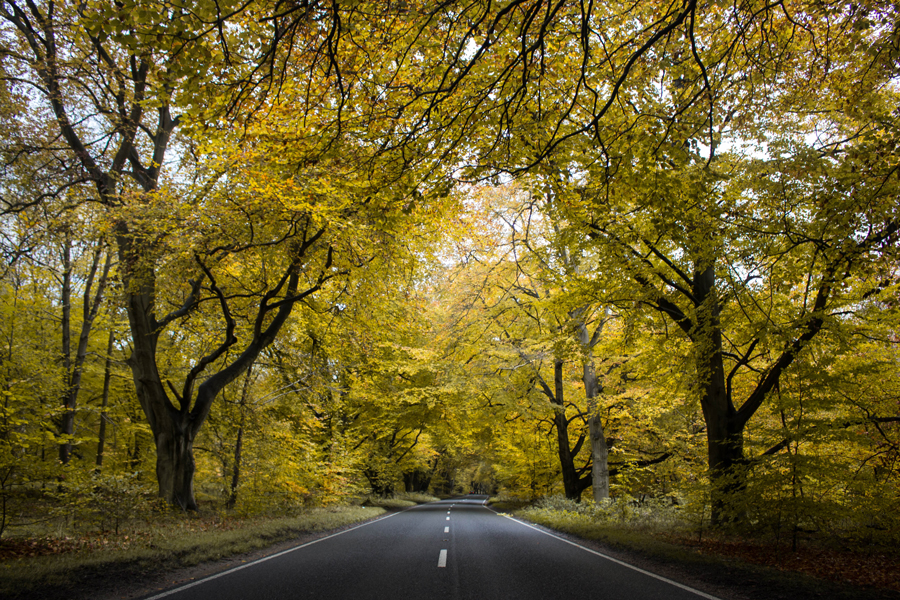 Sat on the doorstep of Thetford Forest is Dower House Touring Park.

An impressive selection of amenities include a well-stocked shop for provisions, toys and gifts.

An information centre, holding information on local attractions and on-site activities, will help you make the most of your stay in Norfolk.

It goes without saying that the majority of pitches are provided with electrical hook-ups and are set in picturesque grounds surrounded by mature trees such as oak, beech, pine and chestnut.

The on-site pub, The Travellers Rest, has an adjoining TV/Pool room, and for those wishing to cool off after their adventures, they have a swimming pool, too.

Protect your motorhome this autumn 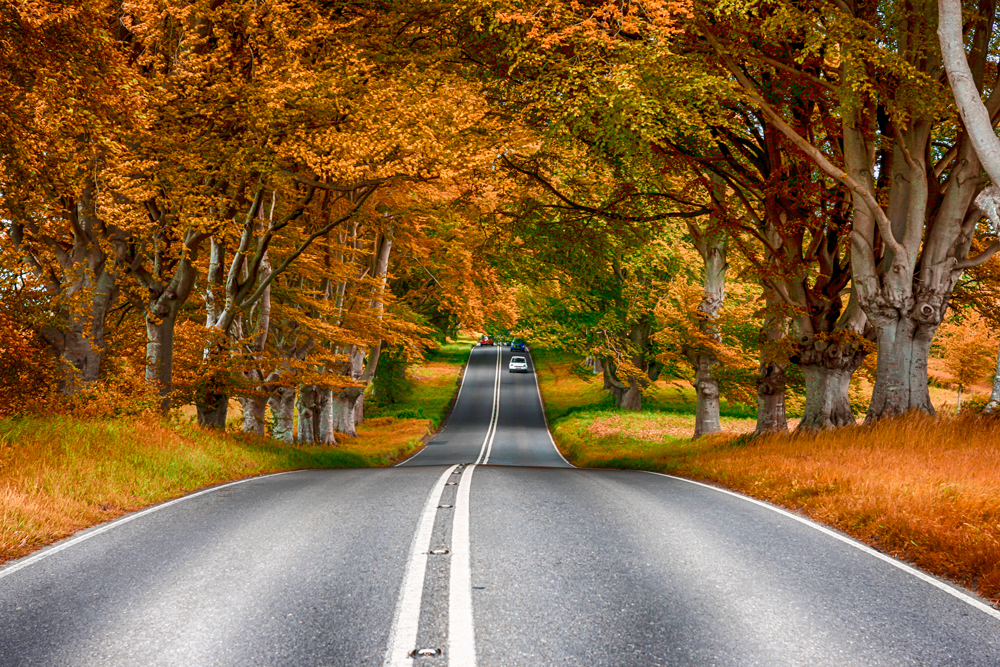 A motorhome is a big investment, so you need to ensure you’ve got appropriate motorhome insurance.

Motorhome Protect can arrange specialist cover, which may include benefits such as:

Give yourself peace of mind, and look after your mobile home this winter – get a quote today.