For serious British gastronomes, making a trip to Europe has long been a way of indulging their foodie passions. And there are few better ways to tour your favourite food haunts than from the comfort of your own motorhome.

From the cool climate of Scandinavia to the dry heat of the European south, it’s the perfect way to bring the sights, sounds, smells and tastes into your camp kitchen.

Whether you’re looking for a tried-and-tested mainstay or something a little more unexpected, read on for our pick of the best getaways to satisfy those eternally hungry travellers.

From Michelin-starred restaurants to laid-back street food, there’s so much on offer it’s difficult to know where to start!

Europe is a wonderfully diverse place to travel whatever the time of year and destination – provided you’ve got the appropriate insurance for motorhomes arranged.

Having the right cover means you’ll be able to truly focus on making your trip an unforgettable experience for your tastebuds.

With a growing emphasis on sustainable dining, the famous party island of Ibiza has proved a big hit on the European foodie scene.

While the mega-clubs and big hotels remain, there are plenty of other ways to enjoy yourself at spots like Ibiza old town, Santa Gertrudis, Santa Eulalia and other scattered villages.

Long before the organic revolution elsewhere in Europe, the farmers here understood the importance of living in harmony with their environment while harvesting almonds and tending their olive groves.

That spirit of the rural idyll can still be felt in many eateries on the white isle.

The island’s classic flavours can be found in its wealth of stunning restaurants where you can enjoy colourful salads, fresh pasta and vegan puddings on their rustic, shady terraces.

Must-visit restaurants include the country-chic Aubergine near Santa Gertrudis, the trailblazing organic gem that is El Portalon in the heart of the enchanting Old Town, and the beautiful farmhouse hotel of La Granja in the hills above San Antonio.

And if you really want to get right back to the earth then visit Terra Masia Ibiza near Santa Eulalia, the biggest organic farm on the island that holds perfect farm-to-table dinners in the summer months. 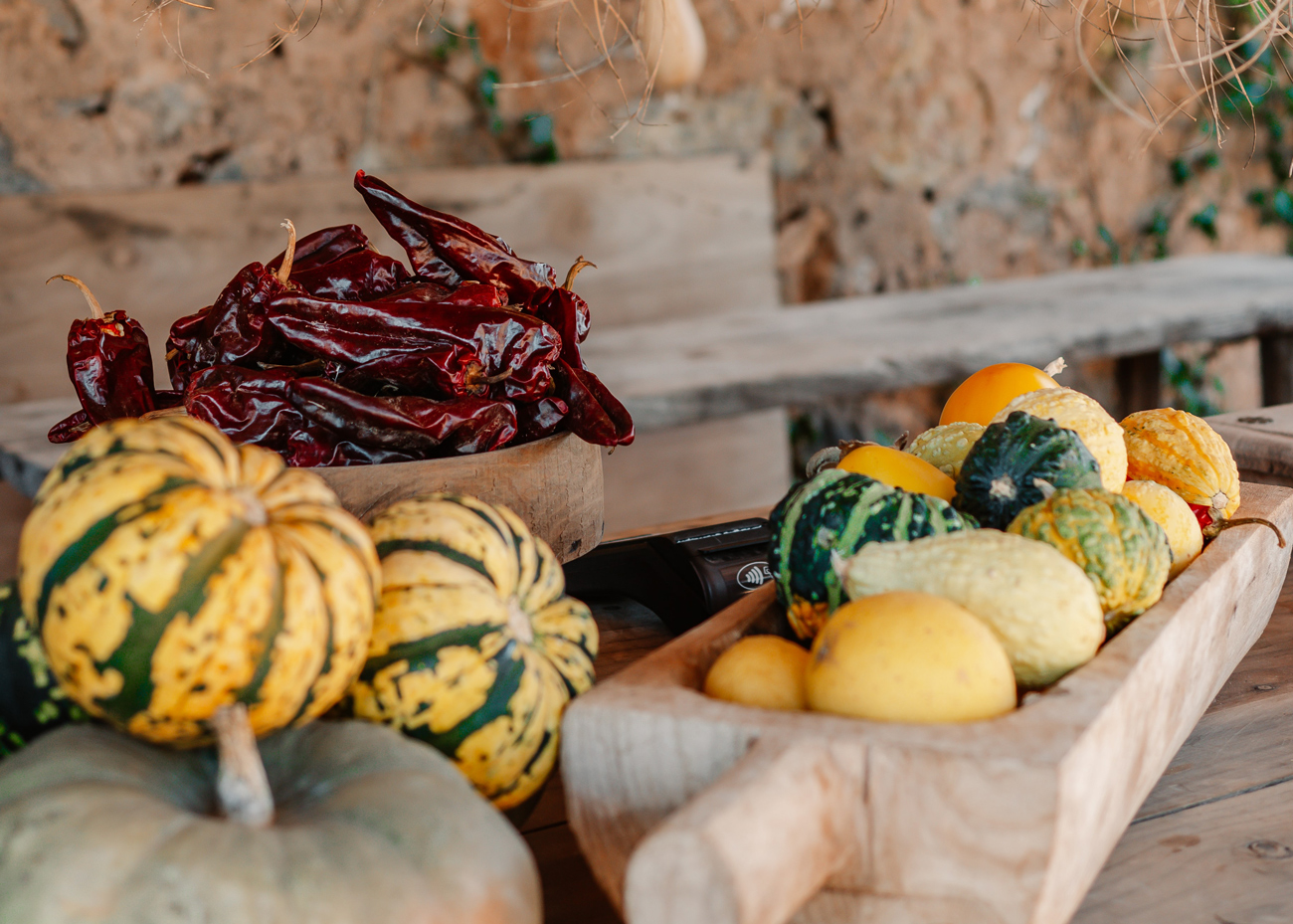 Straddling the border between France and Spain, the Basque Country has its own deep, rich culture of food. And nowhere more personifies this than the unassuming coastal town of San Sebastián.

With a phenomenal 18 Michelin stars awarded to its restaurants, it has more per square metre than anywhere else in Europe! Take that, Paris and London!

Perhaps the most famous of San Sebastián's restaurants is the playful and avant garde Mugaritz.

Found in a traditional farmhouse in the hills, its setting certainly doesn’t prepare you for the 20-course extravaganza that is the tasting menu. However, be warned, the food is not for the faint-hearted – sauteed sea slugs with vegetable charcoal anyone?

While you’ll obviously find excellence at San Sebastián institutions like the three-Michelin-starred Arzak and Akelarre, don’t forget to sample some of the town’s more everyday delights.

Visit a rustic cider house for some of the region’s delicious cider, or one of the hole-in-the-wall bars in San Sebastián’s old town – the pintxos (tapas with a Basque twist) are just as heavenly. Remember gastronomic revelations don’t have to cost the earth!

Mention Copenhagen to a foodie and the name of Noma will come up pretty soon.

Undoubtedly one of the greatest restaurants in the world, the two-Michelin-starred restaurant is still run by chef-founder René Redzepi who almost single-handedly reinvented Nordic cuisine.

One of their most iconic dishes is the signature 'Hen and the Egg', a meal cooked by diners themselves consisting of potato chips, a wild duck egg, slightly wet hay, salt, herbs, wild forest plants, hay oil, thyme, butter, and wild garlic sauce. If it’s still on the menu when you get there, you have to try it!

But fortunately, the city hasn’t rested on its laurels with many of Noma’s ex-chefs now leading their own unique establishments, including zero-waste fine-dining restaurant Amass and Mexican-inspired Sanchez.

Also try the simple but affordable luxury of Restaurant Mes near the university and the herrings at Nyhavns Faergekro on Copenhagen’s historic canal.

And if you’re looking for something even wilder, an 80-minute ferry ride from Copenhagen will bring you to the hot new foodie paradise of Bornholm.

While the island is still technically part of Denmark, it’s actually way out in the Baltic Sea between Sweden and Poland.

Despite being so far north, the weather in Bornholm is actually quite mild even in the autumn. As well as being a haven for sustainable farming, it’s also famous for all things smoked – their smoked herring is well worth gorging on!

For top-end dining then visit Michelin-starred Kadeau for a local feast overlooking the waves below but you’ll need to book well in advance. 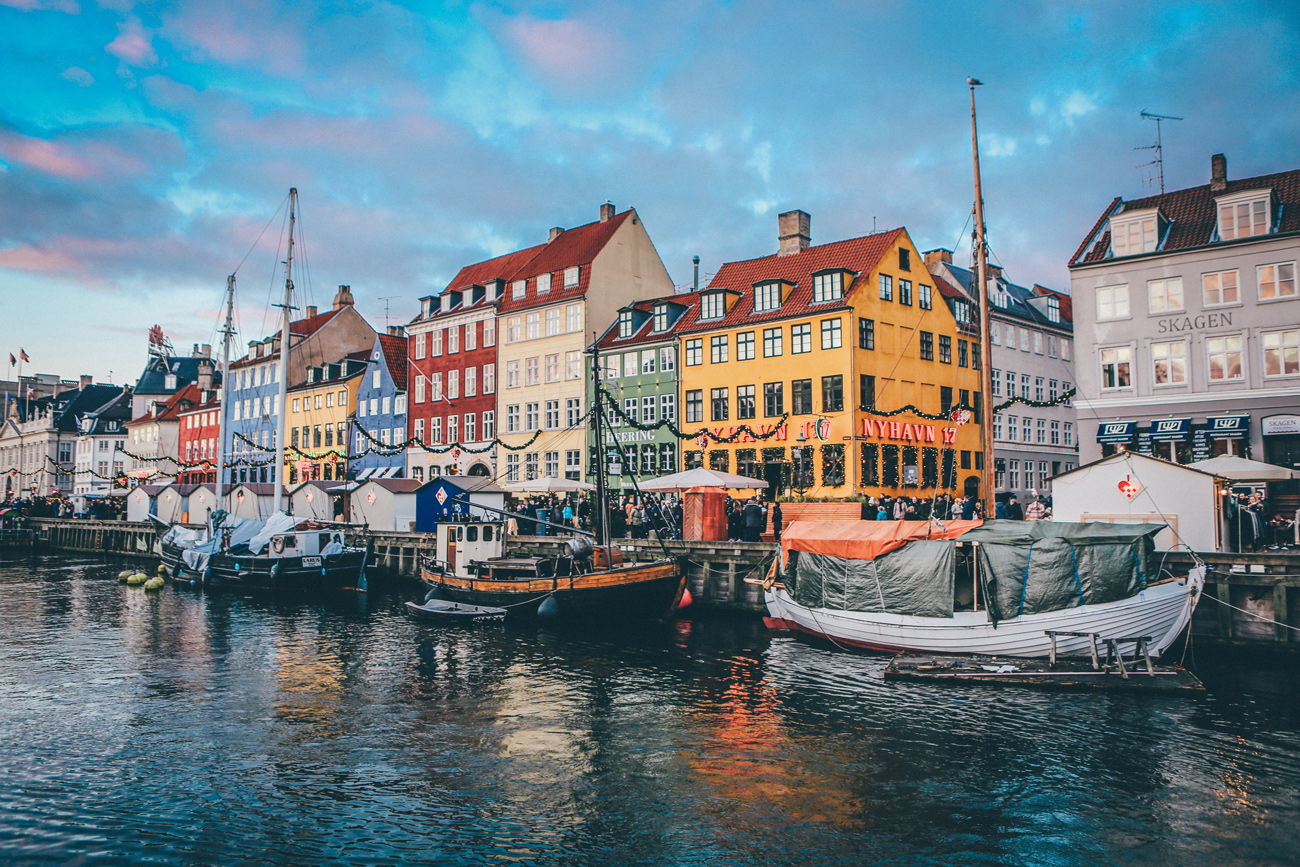 The home of the bistro and the brasserie, France has to be at the top of any foodie’s must-visit list.

But while Paris might be the obvious place to begin (particularly with its oh-so-convenient transport links to the UK) we recommend you travel a little bit further south.

Lyon, long known as the gastronomic capital of France, is where world famous chefs such as Paul Bocuse reached the very pinnacle of classic French cooking.

While the chef’s restaurant L’Auberge du Pont de Collonges may only have two of its previous three Michelin stars, food pilgrims will still enjoy the excellent food. But if formal dining isn’t quite your thing then visit one of Lyon’s famous bouchons.

These are rustic restaurants serving traditional local Lyonnaise dishes rather than fancy plates. But if you want the genuine bouchon experience then you must visit one of the officially certified bouchons – there are around 20 – rather than one of the many tourist-traps that use the term.

If you want to try a bit of French cookery back in your motorhome then stock up on supplies at one of the city’s markets. Try Saint-Antoine for an old-school French market day and Les Halles for a smarter, indoor food court.

Best for a taste of island life – Sifnos, Greece

Choosing just one of Greece’s fabulous islands for a foodie vacation is a difficult task. But thanks to famous local chef Nicholas Tselementes we have to choose Sifnos.

Ever since Tselementes first started publishing his Greek recipes in 1910, the 15-mile long Sifnos has been synonymous with incredible Greek food.

For the best sweet delicacies visit Theodorou Sweet Shop and try the amygdalota (a soft almond cookie rolled in sugar) or the velvety loukoumi (Turkish delight).

The roads on Sifnos are generally good, but remember to have motorhome insurance to guard against bumps and scrapes in unfamiliar territory. 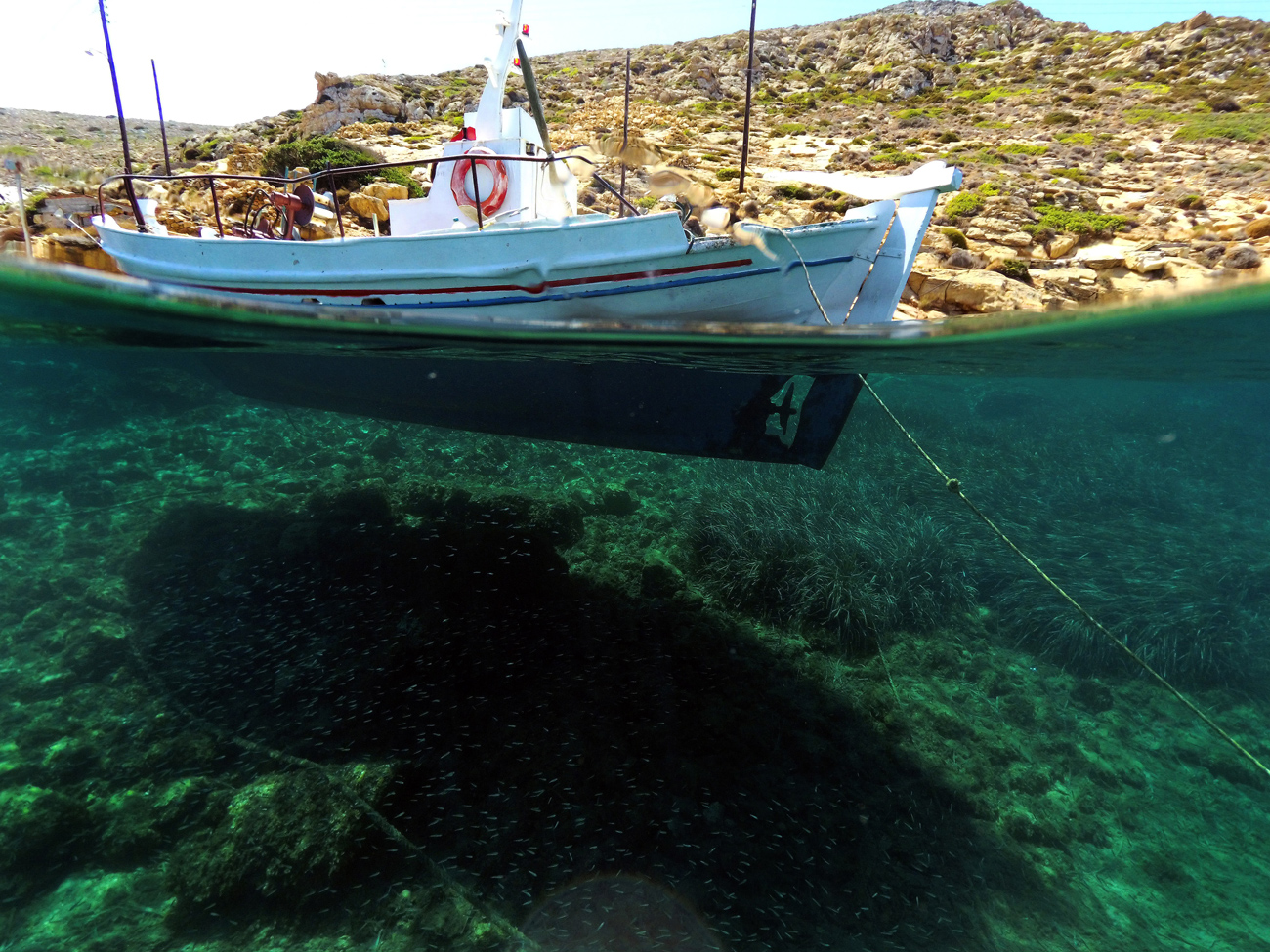 For the finest meals and bites to be enjoyed on the go you need to head to the Greek capital Athens. Almost everything tastes amazing here and you really can’t move anywhere without bumping into another food temptation.

Our all-time favourite comfort classic has to be the incredible souvlaki that are sold at grill joints on almost every corner.

Fabulous hot sticks of grilled meat wrapped in a lightly grilled pitta and garnished with tomatoes, onions and tzatziki, usually washed down with a frothy freddo cappuccino. Incredible!

The so-called Souvlaki Row in lively Monastiraki is great for cheap and casual places like Hoocut or O Thanasis.

Locals flock to Kostas, a tiny souvlaki shop in the middle of Agias Irinis square, and its secret red sauce! You might want to finish with a refreshing Greek yoghurt drizzled in local honey.

The Venice of the North is one of the best-preserved medieval town centres in Europe and has a variety of world-class museums, galleries and architecture to enjoy.

But when you’ve had enough of all that culture, then it’s time to indulge the glutton in you by trying the city’s other specialities – chocolate and beer.

For a decadent blow-out to remember, you must visit one of the many Michelin-starred restaurants in the city such as Den Gouden Harynck (the five-course prix fixe menu is well recommended) or the exceptional two-Michelin-starred De Jonkman. 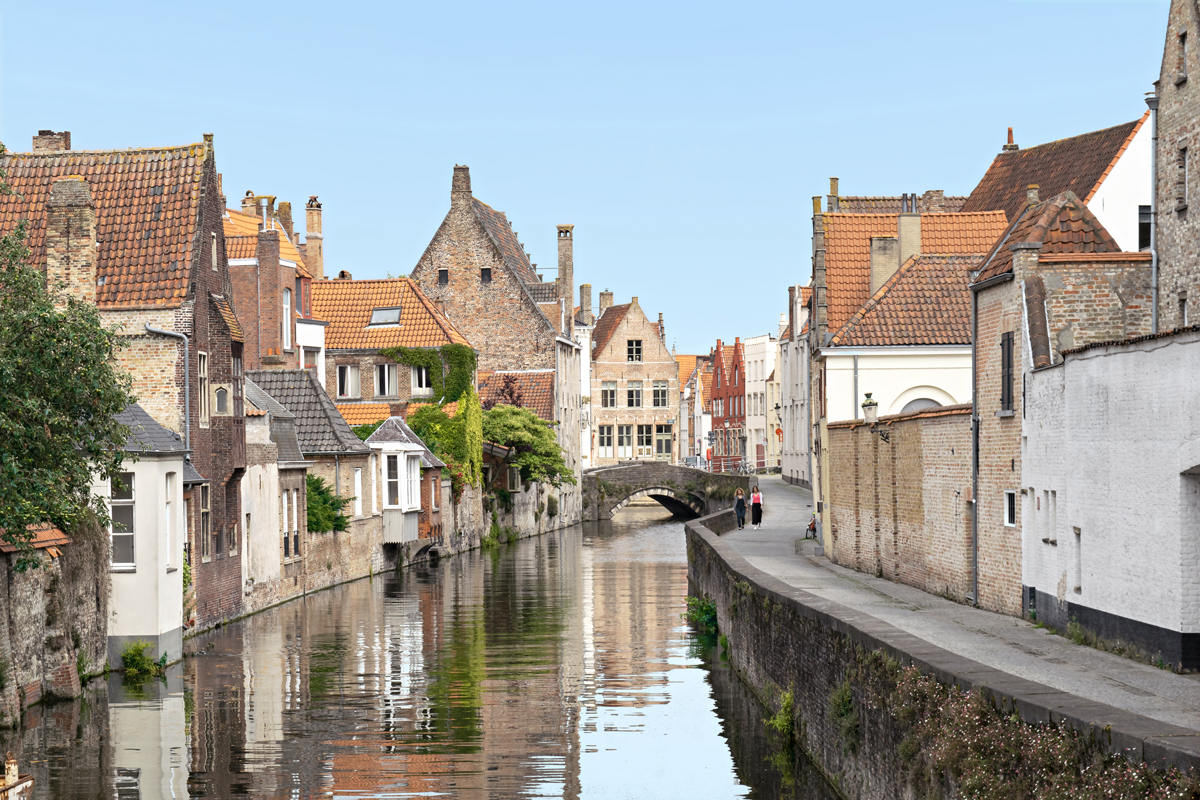 Another European country in which it's nearly impossible to choose a frontrunner when it comes to food.

Italian food is rightly celebrated the world over, but it’s a country where the regions really play a part in its incredible food story.

For its emphasis on simplicity and the very highest quality local ingredients, we have to choose Tuscany to carry the flag for Italian food.

Visitors also have to be sure to root out some of their incredible truffles, cured meats, wild game and succulent pâtés.

And don’t ignore their many hearty dishes of beans that are so popular in this region.

Whether in soup, stewed with tomatoes and wild garlic or even simply on toast, the Tuscans have elevated beans to an art form. Particularly when accompanied by a glass of legendary Tuscan red.

With so many food heavens in Europe it’s difficult to see why you would need to do a big food shop before travelling over to Europe.

However, it’s important to remember that because the UK is no longer a member of the EU we are now subject to strict new rules about taking food and drink over the border.

Foods containing meat, milk or products containing them are under particular scrutiny and you won’t be able to take them with you.

You also cannot take plants including fruit and vegetables with the exception of bananas, coconuts, dates, pineapples and durians.

There are some limited exceptions, such as for powdered infant milk, infant food, or pet food required for medical reasons. But if you’re unsure then it’s worth checking the European Commission website for the latest rules before you travel.

Fortunately, if you find foods that you simply must bring home with you you can currently bring them back for personal consumption. However, to avoid disappointment, always check for the most up-to-date information on the UK government website.

From winding island roads to long straight motorways, driving through Europe on your foodie adventure will introduce you to many new driving experiences. So always make sure you’ve got adequate insurance cover for your entire trip.

Europe is the perfect place to explore in your motorhome at any time of year, and there are a wealth of destinations to enjoy. However, some of them are in out-of-the-way locations, so you have to be doubly careful to avoid accidents or damage.

Using our trusted panel of insurers, the specialist team at Motorhome Protect searches out motorhome insurance that is just right for you and your getaway vehicle.

Cover arranged by us can include benefits such as:

Call Motorhome Protect and get a quote for motorhome insurance today.