Motorhomes in the movies

From the busiest city to the most secluded beach, once you own a motorhome you’ll soon get into the habit of seeing them everywhere. But it’s not just in real-life you’ll spot them, how about on the silver screen? While there isn’t a motorhome star on the level of Herbie or Lightning McQueen there are plenty of times when these wonderfully versatile vehicles have played a pivotal role in a film. Read on to find out some of our favourites!

While you won’t be involved in a Hollywood car chase anytime soon, it’s still important to arrange motorhome insurance to cover your vehicle against damage while on the road. 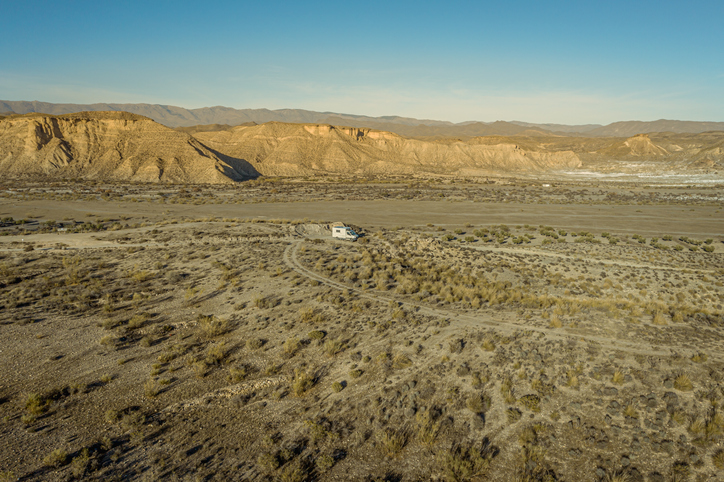 While this isn’t one of Robin Williams’ best-known films, it’s still good value comedy. Williams plays Bob Murano, a frustrated executive going through hard times at work and at home, who takes his dysfunctional family on an RV road trip to the Colorado Rocky Mountains. Who hasn’t wanted to get away from the trials and tribulations of normal life and head out on a motorhome adventure?

This British science fiction comedy tells the story of two comic-books nerds, Graeme and Clive (the brilliant Simon Pegg and Nick Frost), who travel across the US in a rented Winnebago Chieftain. During their trip, they pick up an extraterrestrial named Paul (voiced by Seth Rogen) just outside Area 51. Full of laughs and pop culture references the motorhome is featured quite prominently throughout.

Best motorhome moment: During one of the many driving sequences, Graeme and Clive discuss potential ‘probing’ from their alien guest!

Jack Nicholson plays the eponymous Schmidt, a retired insurance salesman whose wife has recently died. Searching for meaning in his now empty life, he takes off on a cross-country road trip in their new 35ft Winnebago Adventurer and discovers more about himself and life than he expected. A poignantly funny film with memorable performances and a genuine affection for motorhome life on the road.

Best motorhome moment: Sitting in his pyjamas on the roof of his Winnebago on a starry night, Schmidt apologises to his wife for his failings as a husband. Tissues at the ready!

Like many great films Sightseers takes a completely normal situation – a couple on a caravan holiday – and sends it somewhere completely different: they embark on a killing spree. The film will definitely appeal to lovers of dark comedy and maybe even caravanners. Indeed, a reviewer for Caravan Magazine said it was spot on in its portrayal of caravan life, mass murder aside!

Best motorhome moment: Yes, we know they’re in a caravan but all the finely observed detail of caravan-life is a wonder to behold.

With a cast list boasting Dustin Hoffman, Robert De Niro, Barbara Streisand and Ben Stiller, this is an all-star comedy. A follow-up to the brilliant Meet the Parents, De Niro plays troublesome father-in-law and ex-CIA agent Jack Byrnes who has made some interesting modifications to his 2004 Pace Arrow motorhome. These include CCTV cameras, a kevlar-reinforced hull, and a horn that plays Puff the Magic Dragon!

Crime comedy caper We’re The Millers follows the exploits of veteran pot dealer David Clark who’s forced by his boss to travel to Mexico and back to collect a large shipment of marijuana. To make it across the border, David hires a Coachman Encounter RV and also recruits a couple of teens and a stripper as a fake family. The fool-proof plan goes very wrong as you can imagine.

Best motorhome moment: A near-miss at the border crossing! 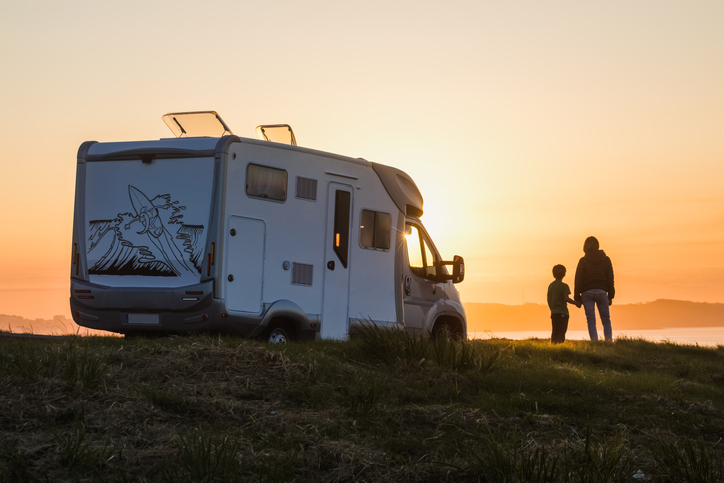 5 ways to watch a movie in your motorhome

If you fancy watching one of these movies or your favourite TV show in your motorhome then it’s not quite as simple pouring the popcorn and hitting the remote. Here are just five ways you can watch your favourite flicks while you’re out and about.

If you do plan on taking your motorhome abroad for a movie-style road trip then make sure you contact your motorhome insurance provider to check you’re fully covered. Motorhome Protect offers unlimited cover across all the EU countries.

Owning a motorhome is a great way to get out and experience the world in all its glory, but it does have its pitfalls. Our understanding team knows this and will make arranging a motorhome insurance policy as easy and straightforward as can be.

Our policies can include a range of benefits such as unlimited mileage cover and discounts for club members.

Get a quick quote today.