How to plan a trip to the Edinburgh Fringe Festival

If you love the arts then there are few better excuses for a campervan foray to Scotland than to pay a visit to the globally renowned Edinburgh Fringe Festival.

With your festival guidebook at the ready and your insurance for campervans arranged, it’s a great time to start planning your cultural vacation.

Every year the Fringe sees over 55,000 performances of over 3,500 different shows taking place at over 300 venues dotted throughout the city. It’s easy to see why it’s so popular and why millions of people visit every year!

If you’ve never been to the Fringe before and are wondering how best to plan your trip then you’re in for a treat.

Read our guide to this fantastic festival, but also take note of some other great ideas for when festival season has ended and you want to continue your Scottish campervan adventure.

The Edinburgh Fringe Festival – so, what’s it all about?

The Fringe was first established way back in 1947 when eight theatre companies turned up uninvited to the inaugural Edinburgh International Festival (sometimes called the Official Festival).

With performers from the Official Festival using Edinburgh’s major venues, the Fringe performers set up in alternative out-of-the-way spots and the name ‘Fringe’ was coined.

Its earliest years went largely unrecorded except through mysterious anecdotes. However, through the 1960s and 1970s the Fringe began to establish itself more and more in the view of those looking for something a bit different.

This went on until the 1980s with the arrival of so-called ‘super-venues’ and the alternative comedy scene which really began to see numbers building.

Despite ups and downs in the 1990s and 2000s today the Fringe is easily the world’s largest arts festival. Indeed, it’s surpassed only by the Olympics and the FIFA World Cup in terms of global ticketed events.

Despite its worldwide fame and interest, the Fringe still takes place annually in Edinburgh in the month of August. And it’s still an open access performing arts festival. So there’s no stuffy selection committee, and anyone can take part, with any type of performance.

No artistic control is imposed whatsoever – provided you can afford the registration fee then you’re good to go!

If you’d like to know what’s on then the official Fringe Programme has a bewildering array of show categories. It has sections for theatre, comedy, dance, circus, cabaret, children's shows, musicals, opera, music, spoken word, exhibitions and events.

Despite its theatrical beginnings, comedy is by far the largest section, making up over one-third of the entire show programme.

In modern times, comedy has the highest profile, due in part to the Edinburgh Comedy Awards – the most prestigious comedy prize in the UK.

If you feel like having a go yourself then the Festival Fringe Society, which also publishes the programme and sells tickets to all events, also offers year-round advice and support to performers. 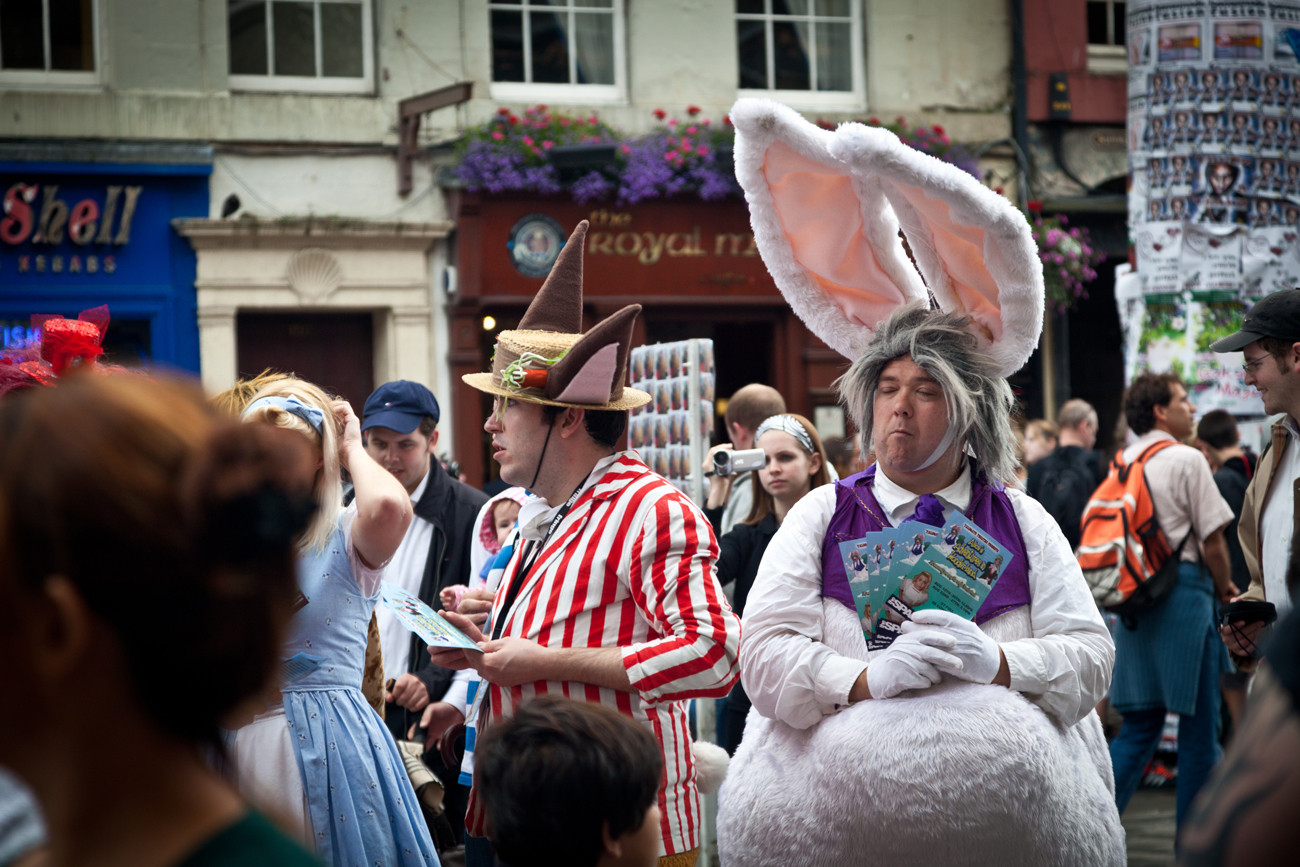 What to see and do at the Fringe?

There are literally thousands of shows at Edinburgh Fringe, so it’s a big ask to get to see even a small portion of what’s on offer.

Here are ten top tips from the Fringe organisers themselves on how to get the best out of the Fringe: 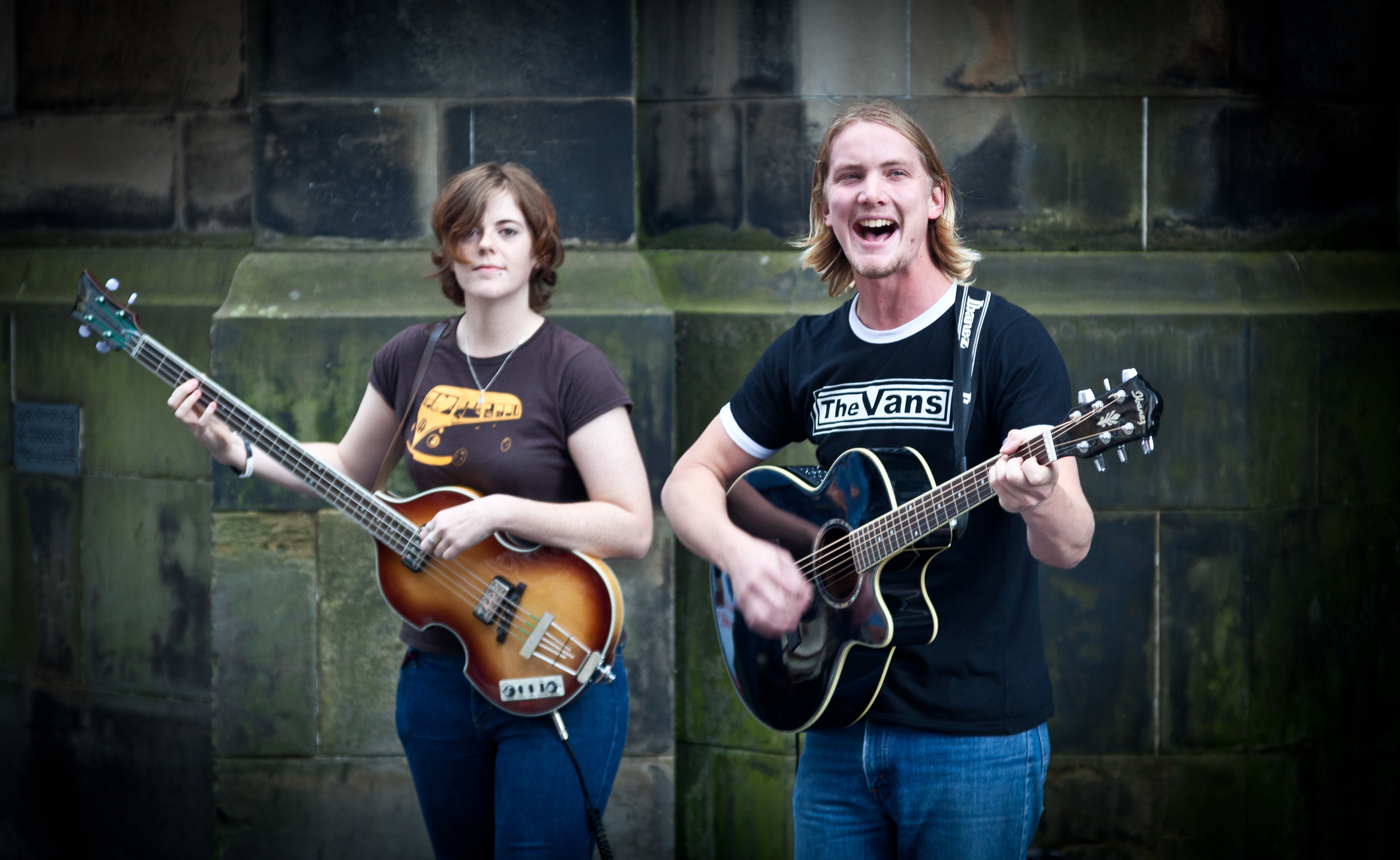 It isn’t just the Fringe that’s worth going to see. There’s a whole host of other festivals during the summer.

The Official Festival attracts some of the greatest international performing artists along with the world’s finest orchestras and opera, theatre and ballet companies.

Tickets aren’t cheap but if you’re looking for something a bit more refined, then it’s well worth it.

Be sure to stay for the Fireworks Concert where the Scottish Chamber Orchestra belts out classic tunes from the Ross Bandstand in Princes Street Gardens.

Don’t miss the spectacular fireworks display from the castle that takes place at the same time. The best vantage spots are Princes Street, Northbridge and Calton Hill but get there early to bag a great spot.

The world’s oldest continually running film festival runs for the last two weeks in June. Boasting everything from feature-length films and documentaries to shorts, animations and music videos.

It’s a great opportunity to see everything from big cinema hits to interesting reissued movies.

Every year the Book Festival takes place in the last two weeks of August within a magical tented village set in the beautiful and historic Charlotte Square gardens in Edinburgh’s world heritage listed Georgian New Town.

It stages over 900 star-studded author events, covering a huge range of topics, offering thought-provoking entertainment and inspiration for any enthusiastic book lover.

Running at the end of July, this is the perfect festival to get those feet tapping before the Fringe events take off.

There’s a huge programme of music gigs to enjoy in many diverse Edinburgh locations.

As well as ticketed events there are also great free events to attend such as the flamboyant family event the Edinburgh Festival Mardi Gras.

Not to mention the wonderful musical extravaganza that is Jazz On A Summer’s Day.

It’s an unashamed display of pomp and military pride and is a joy to behold. Witnessing the emotional climax of a lone piper on the castle battlements is something never to be forgotten.

With the Edinburgh Fringe Festival and its smaller festival cousins attracting millions of extra visitors into the city every year, accommodation in August can be hard to come by.

With the population of Edinburgh effectively doubling during the festival season it’s better not to leave things until it’s too late.

While campervan and motorhome owners have an advantage over those visitors needing a bricks and mortar place to stay, it’s best to get booking well in advance.

Booking in the January before would be best to avoid disappointment, although the earlier the better.

Edinburgh Caravan Club Site is a popular site on the Firth of Forth within easy reach of the city centre.

The great thing is that while you’re well placed for festival fun, seaside strolls and other entertainment choices you shouldn’t be troubled by big crowds and lots of noise when you want to get some shut eye after a long day of culture.

Just to the south of the city is the peaceful and tranquil Mortonhall Caravan & Camping Park located in acres of country estate. Perfect as an antidote to the hustle and bustle of Festival going.

Whatever you do though, whenever you’re away from your cherished campervan you’ll want to make sure that it’s well covered by campervan insurance in case of any mishap.

As a keen festival goer, you’ll want to spend as much time as possible exploring Edinburgh and all it has to offer. But, if you really want to experience the true magic of Scotland, then a road trip is the perfect way to see this breath-taking country in all its glory.

Whether you fancy meandering past white-tipped mountains, gazing out at deer or spotting eagles in the Highlands or stumbling upon historic ruins there are many fantastic places to see in Scotland when touring in your campervan.

Oh, and did we mention there are over 1,500 castles in Scotland with architecture and styles reflecting the country’s exciting history? Plus, for the truly intrepid explorers out there, you’ll find the 10 tallest mountains in the UK on Scottish lands.

Is there a better place for those of an adventurous disposition? We don’t think so!

If you’re planning on exploring in your trusty camper (and we highly recommend that you do so) then here are some handy calculations of how long it takes to get from Edinburgh to different Scottish hotspots.

The roads in Scotland are great so the only real complications you might encounter on your trip are the weather and the islands.

The Scottish islands are all absolutely gorgeous and well worth a visit, but you will need to get a ferry with the additional cost in money and time.

But with stunning landscapes on the Isles of Arran, Skye and Mull on offer, you can’t come this far and not make the extra effort. 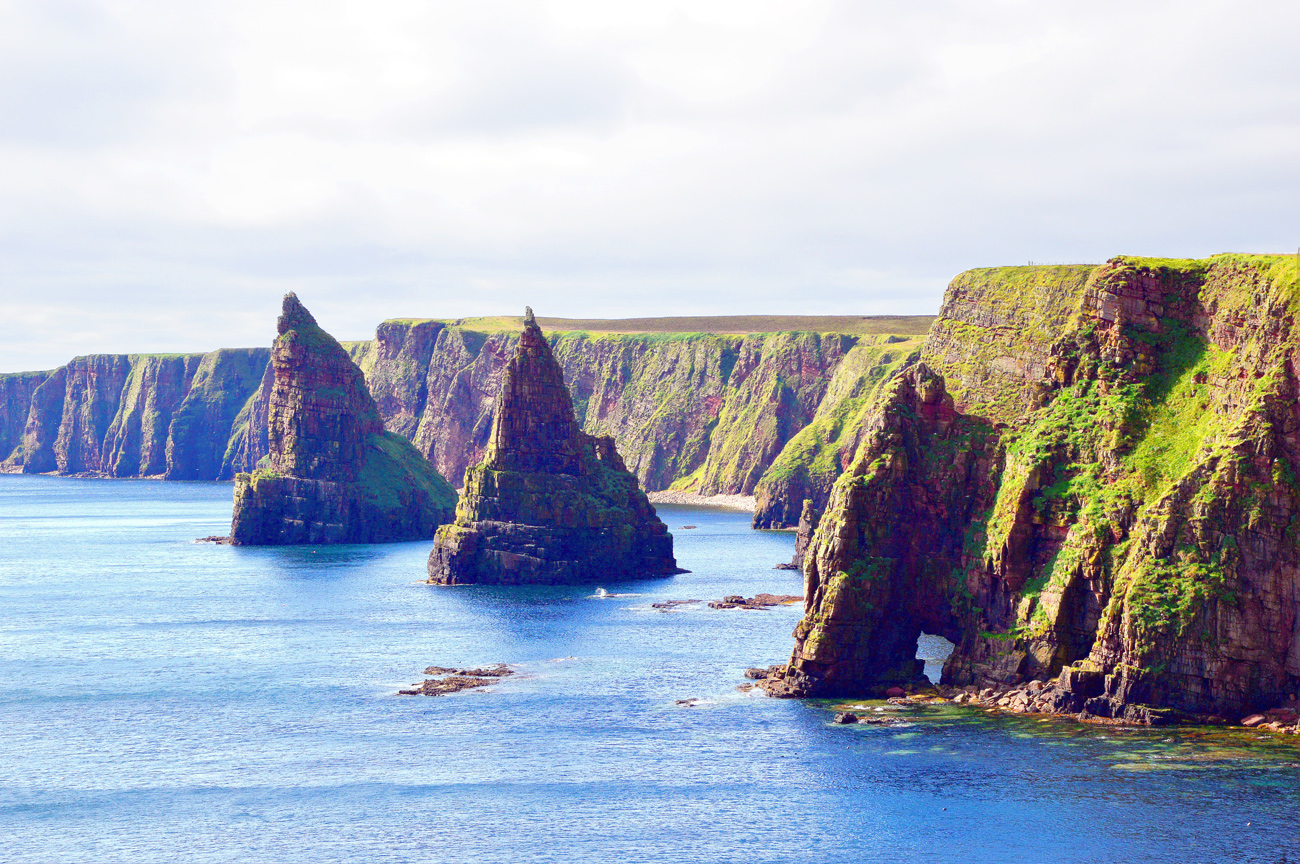 Campervan insurance for your festival foray

Whether you just travel to Edinburgh and back for the Fringe or take off for a stunning Scottish adventure, you’ll be sure to come across some amazing places.

However, to keep everything running on track you’ll always need to be well prepared with campervan insurance for any eventuality.

The Edinburgh Fringe will introduce you to many new experiences. But rest assured the team of insurance specialists at Motorhome Protect will always work to keep your campervan well covered in case something unexpected and unwelcome happens.