How to plan a motorhome trip inspired by Shakespeare

It’s over 400 years since the death of perhaps England’s most famous son William Shakespeare. Whether or not you’re a lover of the theatre, there’s no doubt that our history and culture have been shaped by his work. To pay homage to one of the world’s greatest playwrights, the team at Motorhome Protect have put together a list of some of the best places to visit to be inspired by Shakespeare’s life and work.

Life in 16th century Elizabethan England could be nasty, brutish and short for many members of society. But while many of those hardships have since disappeared, it’s still vital to have motorhome insurance to protect your vehicle when travelling England’s roads.

So which locations should you put on your list for a Shakespeare-inspired road trip?

The original Globe Theatre in London was a famous Elizabethan playhouse built in 1599 on the south bank of the River Thames. Unfortunately, it burned down after a stage cannon accident in 1613 during a performance of Henry VIII. Rebuilt in the following year it was later closed down by Puritans before being pulled down in 1644 to make room for tenements. Today you can visit a modern reconstruction and enjoy a guided tour or even stand and watch a play from the time.

If you want to explore more of London’s theatrical world in the time of Shakespeare then take a look at the Shakespearean London Theatres project. The project reveals huge amounts about the story of London’s theatres from the 1570s until their closure. There are five Shakespeare-themed walking routes to choose from, which include theatres, his London homes, important churches and inns that hosted performances. The walks range in length from 45 to 90 minutes, but may take longer if you stop for liquid refreshment along the way! 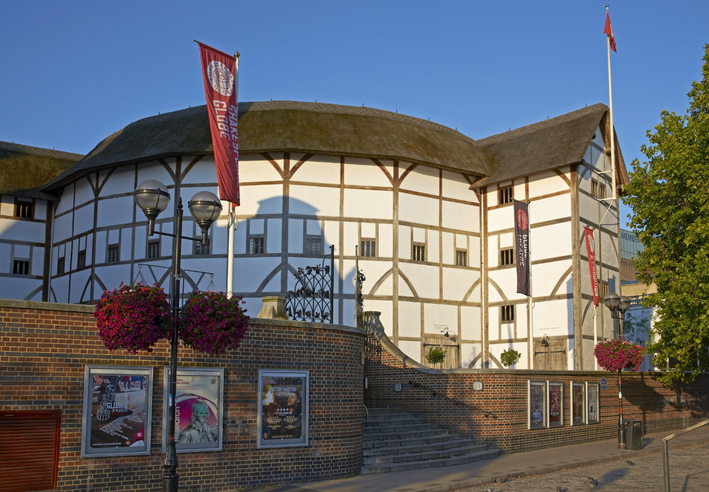 Shakespeare’s shortest but perhaps darkest tragedy is that of Macbeth. Unlike some of the Bard’s most famous characters, there was, in fact, a historical Scottish king from the 11th century called Macbeth. Although the play is not historically accurate!

Despite this disappointment you can still follow his ‘trail’ across scattered Scottish locations, perfect for a motorhome trip. Highpoints on the trail include the site of Inverness Castle, where Macbeth allegedly murdered Duncan; Scone Moot Hill where Macbeth was crowned; and Macbeth’s Stone, where he is believed to have been executed in 1057. Our favourite is the ‘blasted heath’ around Forres, the site of Macbeth’s fateful encounter with the three witches.

With a heady mix of romantic entanglements, female trickery and laundry-basket frolics, The Merry Wives of Windsor is an enjoyable comedy. Although not one the theatre critics have ever had much regard for. Windsor is the perfect place to visit in a motorhome and has something for everyone while you’re soaking up the historical atmosphere. From the majestic Windsor Castle rising above the town to the huge Windsor Great Park and the thrills of Legoland (definitely not Shakespearean), you won’t be short of inspiration for a great day out.

If you want to read The Merry Wives of Windsor or any of his other plays, sonnets and poetry, then the Complete Works might be a bit too unwieldy for carrying around. If you’ve got an e-reader then you’ll easily be able to carry it and a whole library of other Shakespeare-related works to read to your heart's content!

If you do take such expensive gadgetry on your trip, make sure you have motorhome insurance from Motorhome Protect. Our cover protects not only your vehicle but also its contents.

If you want to completely immerse yourself in the world, life and work of Shakespeare then you have to visit this gorgeous medieval market town in Warwickshire. Here you can visit Shakespeare’s birthplace; his schoolroom and Guildhall, where he was educated; his wife Anne Hathaway’s cottage; his home New Place; and finally Holy Trinity Church, where he was laid to rest. Unsurprisingly the world-famous Royal Shakespeare Company is based here and there are many theatrical performances and exhibitions held throughout the year.

To get to know this wonderful town, follow one of the two self-guided walking tours published by Visit Stratford-upon-Avon.

The peaceful manor and parkland of National Trust-owned Charlecote Park is found not far from Stratford-upon-Avon within the ancient boundaries of the Forest of Arden. This forest, which sadly today has largely disappeared, was considered to be the inspiration for many of Shakespeare’s forest scenes. From A Midsummer Night’s Dream to As You Like It these magical and menacing places were central to his work.

Indeed, local legend has it that Shakespeare was once caught poaching deer here by its noble owner Sir Thomas Lucy. Whether or not that’s true, it’s the perfect excuse to visit this Tudor Manor House with its lavish interiors, impressively preserved ceilings, magnificent pieces of furniture and fine works of art. 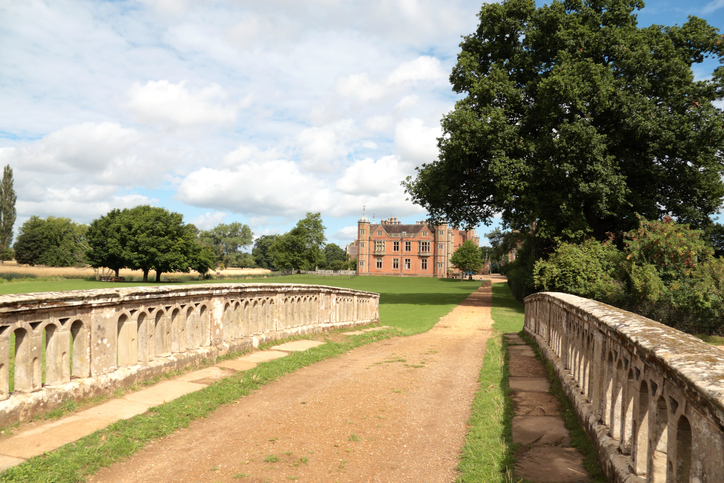 Another Warwickshire location but this time the magnificent ruins of Kenilworth Castle. Best known as the home of Robert Dudley, Earl of Leicester and reportedly the great love of Queen Elizabeth I’s life. Dudley spent an absolute fortune improving the house and gardens and, in 1575, entertained the Queen and her entourage here for three whole weeks hoping she would marry him! Unfortunately, the lavish pageants, music, dancing, fireworks, hunting and feasting almost bankrupted and the longed-for marriage never happened.

It’s believed that a young Shakespeare may have made the trip from nearby Stratford-upon-Avon to watch the festivities and catch a glimpse of the Queen. If this is true then what an impression these would have made on his young mind. Surely they would have inspired some of his later creations!

To be or not to be protected?

We’d say it’s definitely better to be protected than not when it comes to travelling in your motorhome – and Motorhome Protect can help!

Motorhome insurance arranged by our dedicated team comes with a range of benefits including:

Get a quick quote for motorhome insurance today.