How to plan a campervan trip to Ireland

Ireland regularly finds itself in lists of the most beautiful countries in the world, while the Irish accent has been voted the most attractive in the UK – it’s fair to say the Emerald Isle has plenty going for it!

If you’ve never been to 'The Land of Saints and Scholars', you’re in for a treat. But to maximise your campervan trip to Ireland, a bit of planning is key. While we’re not here to tell you exactly how you should explore the country, we thought we could provide some inspiration when it comes to planning your Ireland journey. 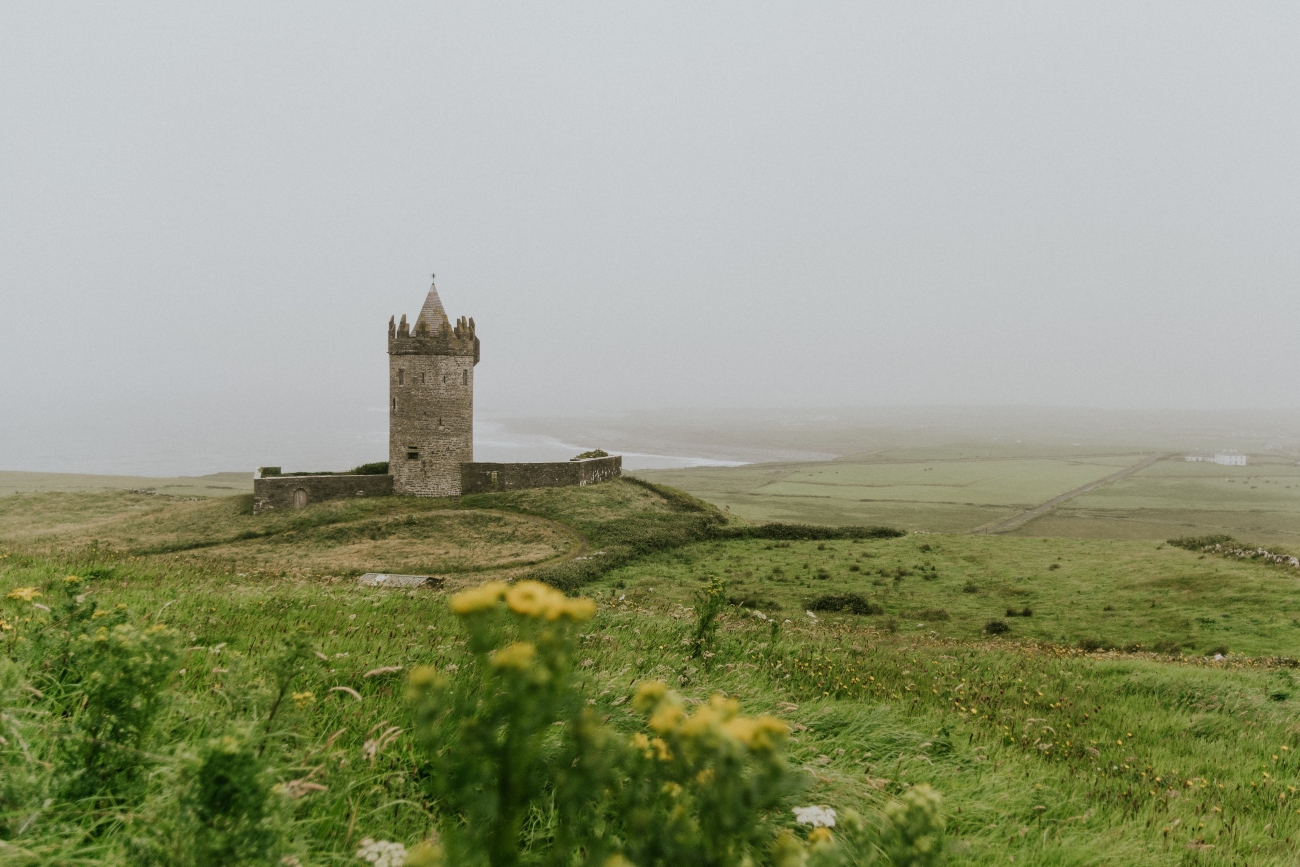 We’ll start by highlighting some interesting facts about Ireland. Why? Well, once you’ve heard these facts, you might want to find out more and therefore have something to plan your trip around.

There’s a decent chance that you did know this. But do you know the story behind what has become one of the most successful alcohol brands worldwide (now brewed in almost 50 countries)? Despite increasing competition, Guinness remains the best-selling alcoholic drink in Ireland.

To understand the formula behind its success, why not plan a trip to St. James’s Gate Brewery in Dublin, where Guinness is made? The Brewery Tour is popular with visitors, providing an “ultimate three-hour Guinness experience”.

In truth, there’s not a great deal to see in Muckanaghederdauhaulia (muk-an-hand-ra-do-dauter-hal-i-a). A relatively tiny 470-acre townland in the civil parish of Kilcummin in County Galway. But don’t let that put you off, as it provides an opportunity to explore the rest of County Galway, which is home to some of the best sites and attractions in the whole of Ireland.

Those attractions include Kylemore Abbey & Victorian Walled Garden, which was founded for Benedictine Nuns who fled Belgium in World War I. Close by is Connemara National Park, one of Ireland's six National Parks, where you’ll get to enjoy some of the most spectacular views the country has to offer.

That’s right, St. Patrick was born in Britain, not Ireland. As a teenager, he was captured by Irish raiders who were attacking his family’s estate. They took him to Ireland where he spent six years in captivity, and he turned to his religion for solace.

Some years later, after managing to escape captivity, Patrick began religious training and he was eventually ordained as a priest. The rest, as they say, is history – he was sent back to Ireland to convert the Irish to Christianity.

It’s a fascinating story. If you’d like to hear more about Ireland’s Patron Saint, make a trip to The Saint Patrick Centre in Northern Ireland, what many see as a “must-see destination on the way from Dublin to Belfast”.

The Titanic was put together by 15,000 Irishmen in Belfast, Northern Ireland. Pretty much everyone knows the story of Titanic – or do they?

The Titanic Belfast visitor attraction attempts to “explore the Titanic story in a fresh and insightful way from her conception in Belfast in the early 1900s, through her construction and launch, to her infamous maiden voyage and catastrophic demise”.

Located in the very place where Titanic was designed, built and launched, Titanic Belfast is just a short walk from Belfast's city centre.

If you enjoy a coastal drive in your campervan, why not travel along the ‘longest defined coastal driving route in the world’. Covering 1,600 miles of Ireland's west coast from County Donegal, in the far north of Ireland, all the way down to the beaches of County Cork, you’ll pass through nine counties and three provinces.

Of course, you don’t have to drive every single mile of – you can always take the odd diversion – but Wild Atlantic Way provides a nice framework around which to plan your Irish trip!

Ask anyone outside of the Emerald Isle what they believe to be Ireland’s national symbol and they’re likely to say the shamrock. But the harp is actually the official emblem of Ireland. If you’ve ever looked at the brand logo for Guinness, it will now all make sense!

The harp has been the National Symbol of Ireland since the 14th Century, and you can see the real harp on which the symbol is based in the Trinity College library. Established in 1592 by Queen Elizabeth I and famous for graduates such as Wilde and Beckett, the library is packed full of history.

Many people see Halloween as a creation of the United States, but the tradition actually originated with the ancient Celtic festival of Samhain.

As the History website explains: “The Celts, who lived 2,000 years ago, mostly in the area that is now Ireland, the United Kingdom and northern France, celebrated their new year on November 1. Celts believed that on the night before the new year, the boundary between the worlds of the living and the dead became blurred. On the night of 31st October, they celebrated Samhain, when it was believed that the ghosts of the dead returned to earth.”

So, why not try to coincide your trip to Ireland with Halloween? You could even head to the Oweynagat caves, where ‘Halloween was born’. 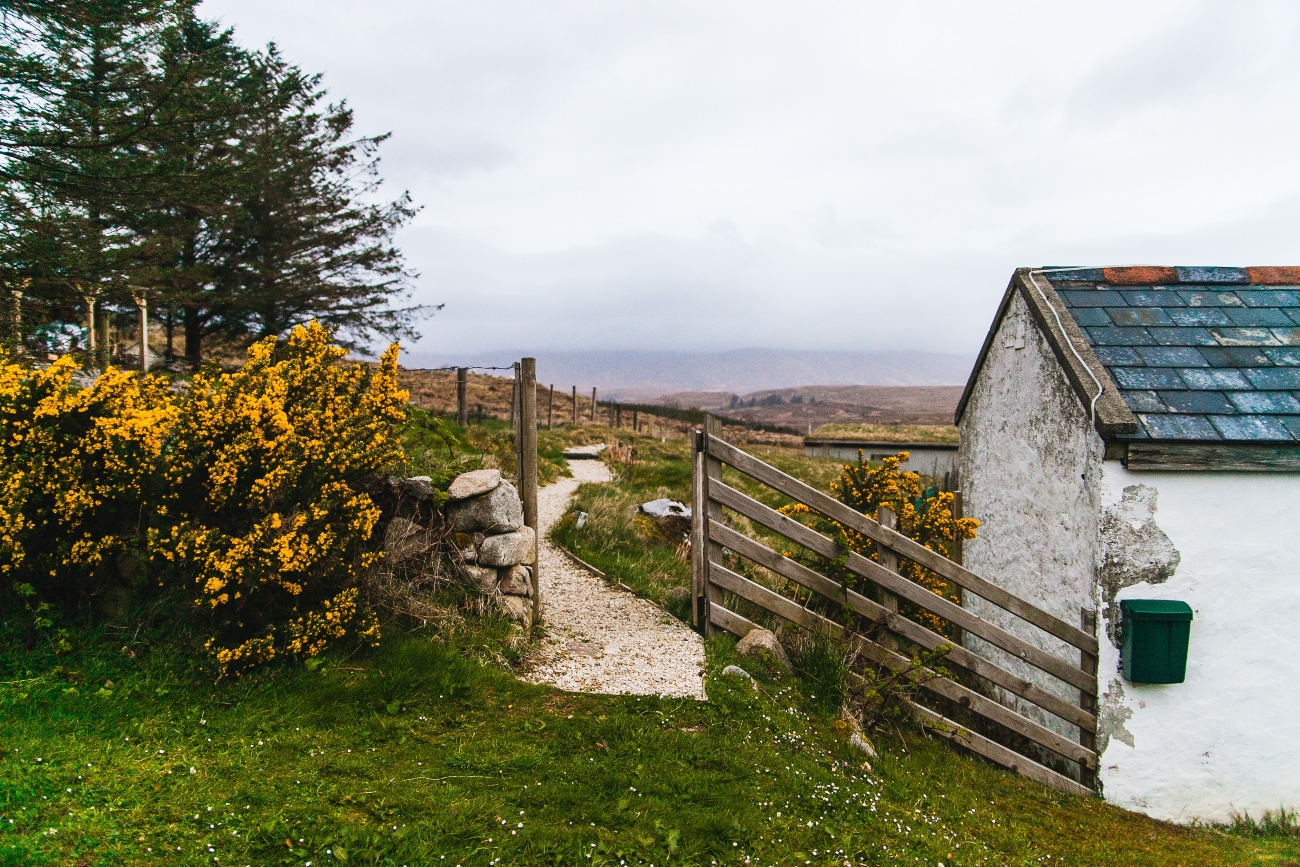 When should you plan a trip to Ireland?

It’s probably fair to say that, if you’re planning a trip to Ireland, you should plan for all kinds of weather. As Climates to Travel explains, Ireland has an oceanic climate, which means it’s pretty cool and damp throughout much of the year.

Even in the summer months, you shouldn’t expect too much in the way of hot weather. If the sun does show its face, you’ll want to reach for the camera, as it will show all of Ireland’s lush landscapes at their finest.

Our advice is to pack wisely, with plenty of waterproof clothes and to embrace the wet weather. If it gets too damp, you have the perfect excuse to take shelter in a cosy Irish pub and enjoy some of that world-famous Guinness…

Changeable weather also means uncertain driving conditions, so make sure your campervan insurance is up to date before you travel.

Like most campsites in the UK, the majority of caravan parks in Ireland are open between March and October. If you’re looking to book a trip outside of those months, you may be able to do so, but expect reduced services and amenities. It’s best to check directly with the campsite before you book. If, for example, you're trying to stay somewhere to coincide with St Patrick’s Day in March, you’ll likely have to book months in advance!

Where should you visit?

It’s entirely up to you which parts of Ireland you visit. But it’s helpful to have something to structure your trip around or else you could find yourself aimlessly driving around the country.

You might want to ask yourself what you find interesting about Ireland (using our ‘fun facts’ methodology to planning) or simply head to the top tourist sites. If the latter is more straightforward, here are some of the places which have to be on your list:

These sheer cliffs in County Clare plunge down into the wild Atlantic sea, offering spectacular sights. The cliff tops are wonderful for walking and taking in the sea air, and there’s a visitor centre to fill you in on the history.

Mountains, lakes, castles and oodles of charm, this landscape might just be the best in Ireland, with breathtaking scenery and friendly locals. It’s a place you’ll never forget, once you see it in all its technicolour glory.

History-lovers flock to Dublin for its architecture, museums and sights – it’s a highly walkable city, too, so you can have a great time just sauntering around. The pubs are also out of this world. Snuggle down for some live music and brilliant beer.

County Antrim in Northern Ireland is home to this curious geological phenomenon, made from basalt columns that fit together like tiles. It’s close to the Old Bushmills Distillery, too – a must-see for whisky lovers.

If prehistory is your thing, this is the place to be. The landscape is dotted with ancient monuments and sites, taking you back through the mists of time to a fascinating period. 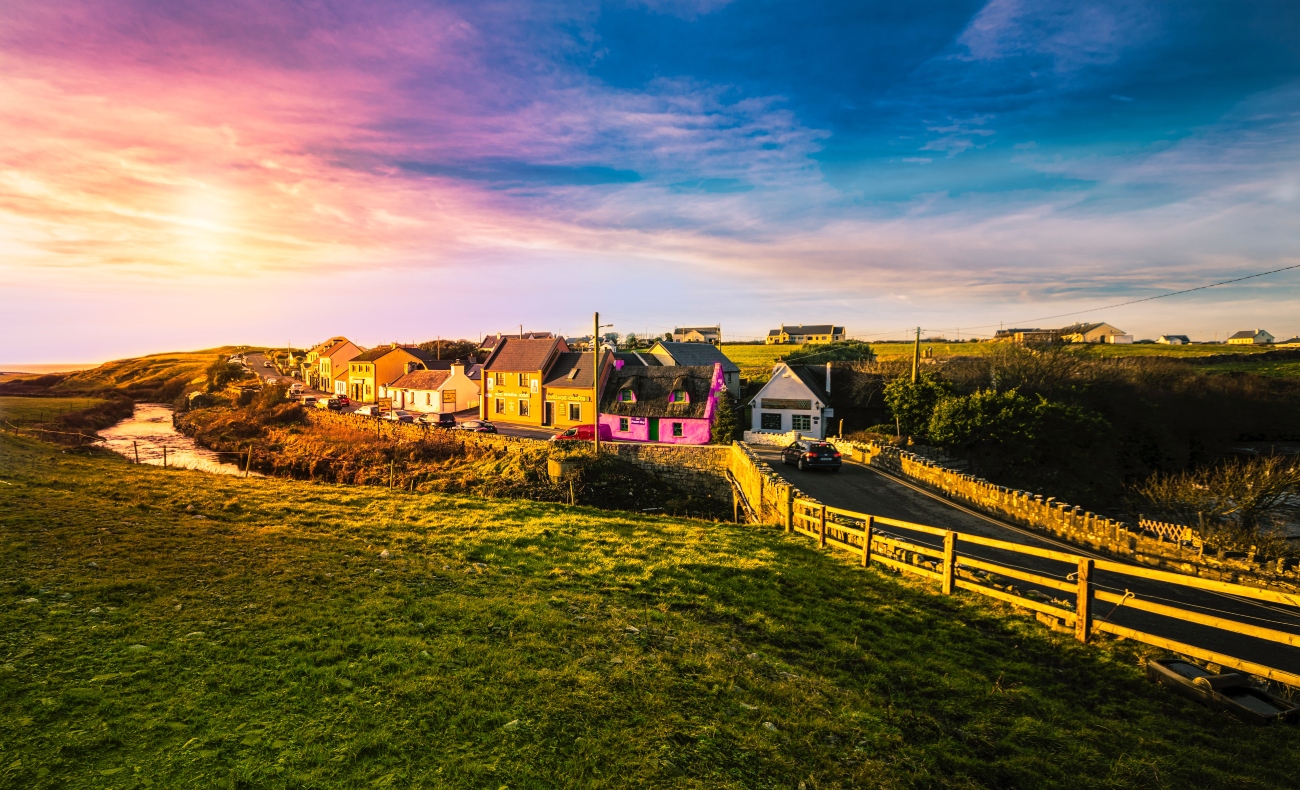 If you get your kicks from driving against the backdrop of amazing views, you’re well set in Ireland. In addition to Wild Atlantic Way, there are a handful of other routes you can take in your campervan:

Leaving the grey cityscape of Dublin behind, you’ll quickly find yourself in the lush, enchanting countries of the Wicklow Mountains. Visit the source of the River Liffey, discover ancient monasteries and sit for a picnic next to gurgling waterfalls. It’s a perfect route for those who love a ramble next to the water.

You’ve probably heard of the Giant’s Causeway, an unforgettable sight rightly famed around the world. The surrounding countryside is also glorious – as featured on Game of Thrones. There are rope bridges, mysterious castles and more coastal views than you can shake a stick at.

This route is packed with mountain views, picture-perfect villages and meandering streams, not to mention some cracking seaside views. If you’re after open country and lots of magic, this is the route for you.

Connemara in County Galway is in the east of Ireland. This is quintessential Ireland – open country, islands off the coast bustling with wildlife, epic sunsets and quiet winding roads. If you love seeing endless skies, a trip along the Sky Road must feature in your visit.

Driving a campervan in Ireland

Ireland is less built up than Britain, so most roads are peaceful and pleasant to drive. Vehicles drive on the left but road signage uses kilometres, which can take time to get used to.

Speed limits and road laws are similar to those in the UK, but check you understand the differences before setting off on your trip. For example, speed limits are 50kmh in built-up areas, 80kmh on national roads and 120kmh on motorways. You must carry your driving licence at all times and have at least third-party campervan insurance.

Much of Ireland is rural and the usual precautions for driving in rural areas apply – keep your speed down, watch out for bumpy, potholed roads, beware of animals in the road and be patient if you get stuck behind agricultural vehicles. Rural roads may be unlit at night, too, meaning driving may be challenging for those unused to these conditions.

Motorways in Ireland are tolled so you will need to pay to use them. Having a reliable map or campervan-friendly sat nav is advisable – countryside roads can be twisty and confusing, with no signs for long stretches then a cluster of confusing signs. They may also be written in Gaelic in some parts of the country.

Another key element in planning your route is to be careful about driving distances. A leg of a journey might look short on the map, but if the roads are bumpy and packed with sheep, you’re going to make slow progress. Plus, you’ll probably want plenty of stops to admire the view and take a few souvenir shots. Make sure you plan fuel stops carefully.

Parking a campervan should be no problem in most cities, villages and towns in Ireland. In Dublin you may want to use park and ride car parks, which have no height restrictions, to save headaches finding suitable parking within the city itself.

Of course, travelling with your campervan means you will want reliable campervan insurance to protect yourself and your vehicle. Check your policy to see what is and is not covered.

If you’re looking for some specialist campervan insurance to cover you for your next trip, you’ve come to the right place.