Best military sites to visit in the UK

Our green and pleasant land hasn’t always been so peaceful, indeed many important military actions have been fought within these shores. Today it’s easy for anyone to journey around the UK to visit some of these incredible sites. From museums and heritage centres to castle ruins and famous battlefields all these spots provide a poignant reminder that much we hold dear today had to be fought for. That’s why we’ve put together this brief guide to some of the best military sites worth visiting.

With so much history to discover you could be forgiven for letting motorhome insurance slip from your mind – but that would be a mistake. With UK roads busier than ever, keeping your motorhome protected against all manner of hazards is as important as ever. Call the team at Motorhome Protect to find a policy to suit you.

Best for a broad view of our island’s military history - Dover Castle, Kent

As the closest Britain comes to its long-time historical adversary France, Dover’s military history is extensive. Its castle perched on those infamous white cliffs has a history stretching back thousands of years to the arrival of the Romans. Through the Anglo-Saxon period, the medieval King Henry II and on to the elaborate defences of the Napoleonic Wars. Visitors today can see all of this along with the pivotal role the castle played in both world wars and after. 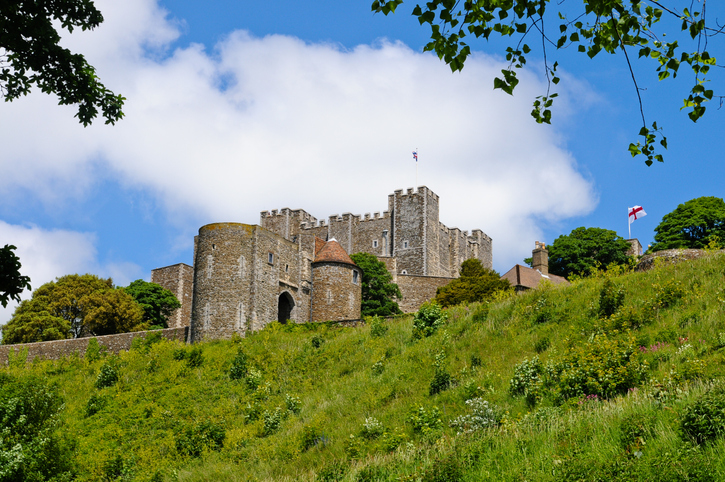 Best for the most famous battle in English history -   Battle Abbey and Battlefield, Hastings, East Sussex

In 1066 the stunning Sussex downs witnessed the defeat of the Saxon King Harold by William the Conqueror. A battle which perhaps more than any other changed the landscape of England beyond measure. Modern day history buffs should visit Battle Abbey’s meadows and visitor centre where the conflict raged and walk the battlefield trail. Shivers will surely run down your spine as you hear tales of how the enemy armies clashed together right where you’re standing. If you’re in the area then just along the coast from Hastings you can visit Pevensey Castle where William first landed his invasion army.

Time and again in votes for the ‘Greatest Briton of All Time’ the figure of war time leader Winston Churchill looms large. If you want to get close to understanding the life, leadership and legacy of this larger-than-life character then visit the cabinet war rooms. Here war strategy was planned deep underground in Churchill’s secret headquarters as early as 1939.

London is full of military sites well worth visiting including the Imperial War Museum in south east London, HMS Belfast on the River Thames, the formidable Tower of London and the National Army Museum in Chelsea. There really are too many to list.

If you’re leaving your motorhome parked while travelling into London on public transport then be sure you’re covered by motorhome insurance while you’re away.

Best for the next generation of cyber soldiers - Bletchley Park, Milton Keynes, Buckinghamshire

When it comes to military exploits it isn’t always brute force and derring-do that wins the day. Once the top-secret home of the UK’s crack team of Second World War codebreakers, Bletchley Park is a country estate 50 miles north of London. It’s easy to see why this quiet spot was deemed to be the perfect place to hide this team of tireless geniuses.

Known by the codename Station X, it was at Bletchley that Britain’s unsung heroes (including mathematician Alan Turing) managed to decipher the Nazis’ highly effective military codes. Indeed, some historians estimate Bletchley Park's massive codebreaking operation shortened the war in Europe by as many as two to four years, saving millions of lives in the process.

Today, visitors can explore the history of Bletchley Park through a museum, visitor centre and an interactive multimedia guide. A truly immersive introduction to the power of the human mind and technological ingenuity.

Best for understanding how Britannia ruled the waves - Royal Naval Base, Portsmouth, Hampshire

As a proud sea-faring nation it’s no surprise one of the most fascinating military sites to visit is the Royal Naval Base in Portsmouth. Take a tour around the incredible Portsmouth Historic Dockyard and the three historic ships found here. Start off with a visit to the youngest ship, HMS Warrior. Dating from 1860 this was Britain’s first armoured battleship and the pride of the fleet in its day. Next up is HMS Victory, the ship on which Admiral Nelson famously lost his life at the Battle of Trafalgar. And finally, Henry VIII’s favourite ship the Mary Rose which was sunk in 1545 before being successfully raised in 1982. It’s now housed in a fascinating state-of-the-art museum.

If you’ve still got the energy then the nearby Royal Naval Museum covers the rich history of the Royal Navy. A history dating all the way back to King Alfred’s first sea battle in 882 against four Danish ships in the Stour estuary. There is a wealth of exhibitions on show here demonstrating how the navy has traditionally defended our country and attacked enemies as well as established itself as a dominant maritime force. There’s also information on the work the modern navy does in fighting piracy and drug trafficking.

There are few tougher fighting forces than the elite Royal Marines. And you can learn all about the UK’s commando force at the Royal Marines Museum. Currently closed while looking for a new home, it’s the perfect place to learn about the huge difference the Marines have made in battles from the Napoleonic times all the way up to today. Let’s hope this proud force soon finds a suitable home from which to tell its incredible story.

A symbol of British military ingenuity, the tank first saw action during the First World War. While initially underappreciated by military leaders, the tank went on to change warfare forever. Located on the site of a First World War tank training centre, the Tank Museum has the world’s biggest and best collection of tanks and explosive live displays. With over 300 tanks from 29 countries, the Tank Museum is a magnet for military hardware enthusiasts.

Pride of place has to be the arena where visitors can view the Tanks in Action display. Watching these beasts of the battlefield put through their paces is an exhilarating experience indeed! While inside the museum there are a series of powerful exhibitions charting over 100 years of tank history. From the incredible stories of the first tank crews, Second World War tales and on to their deployment in Afghanistan’s Helmand Province in 2011. You can even experience for yourself the thrill of riding in a tracked vehicle!

Home to Europe’s largest naval aviation collection, the Fleet Air Arm Museum is made up of four immense halls. Each hall has a ground floor and upper level telling the stories of naval aviation from the first manned kites, to helium-filled airships, seaplanes and bi-planes and finally the modern carrier borne Sea Harriers and helicopters. There really is no finer place to consider the bewildering developments in naval aviation over the past century.

Exhibition highlights have to include the fantastic aircraft carrier theatre experience which transports you to the bridge of HMS Ark Royal. And don’t forget to marvel at the leading-edge designs of the first British-built Concorde and two delta wing test aircraft. Prepare to be amazed!

Best for a view of castle life and a brave regiment of Welsh soldiers - Caernarfon Castle, North Wales

Undoubtedly one of the most beautiful castles in the UK, the UNESCO World Heritage Site of Caernarfon Castle was built in Wales by Edward I during the 13th Century. It’s a stunning example of Edward’s Welsh castle building project and still remains very much intact. This is somewhat surprising given its long history of sieges. Indeed, it was besieged no less than three times during the English Civil War!

A must see for anyone visiting Caernarfon Castle is the wonderful Royal Welch Fusiliers Museum. Housed in two towers of the castle, you’ll find a wealth of original exhibits, supported by film, sound and models. The museum tells the incredible story of over 300 years of world-wide service by Wales' oldest infantry regiment.

Be humbled by the stories of how the regiment won 14 Victoria Crosses and hear the words of some of the regiment’s remarkable poets from the First World War – including Siegfried Sassoon, Robert Graves, and David Jones. 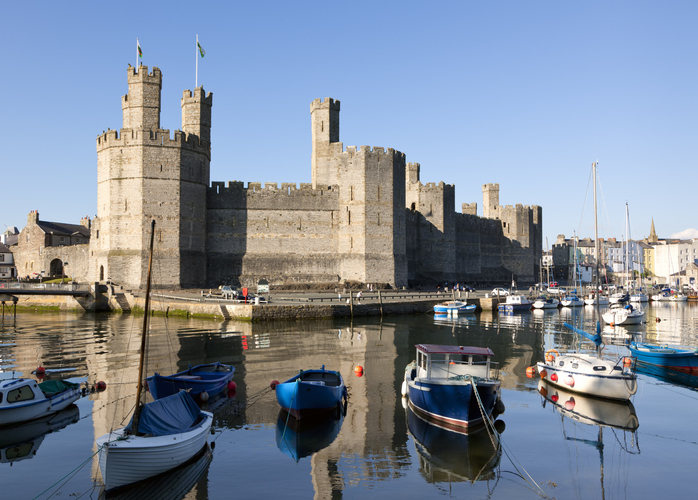 Best for the War of the Roses and the foundation of the Tudor dynasty  - Bosworth Battlefield Heritage Centre, Leicestershire

The rivalry between the house of Lancaster and the house of York for the English throne led to one of the most turbulent periods in our history. For a look at what exactly happened during the so-called War of the Roses, and a gruesome lesson on medieval warfare, then spend the day at Bosworth Battlefield Heritage Centre.

Here you’ll find out what happened on the fateful day in 1485 when Richard III was cut down and Henry Tudor was crowned Henry VII King of England. There’s an excellent visitor centre here complete with artefacts, weapons and costumes to satisfy even the modest ardent of Tudor fans. It has award-winning interactive displays on medieval warfare which give you a unique hands-on feel for this most infamous of battles. You really won’t get closer to experiencing the sights, sounds and smells of a real medieval battle camp.

Explore the site on foot with the Battlefield Trail Walk. There is also a vast range of historical events, fairs, concerts and workshops throughout the year to bring the battle out of the history books and into real life.

As the oldest independent air force in the world, the RAF has a rich and fascinating history. And this vast museum at Cosford in Shropshire does this story justice with a range of galleries, interactive exhibits and a huge variety of important military aircraft. The highlights of the museum are too many to list but include an array of aircraft, engines, and missiles from around the world – all thankfully decommissioned! And if you want to get the feel of inside the cockpit then there are flight simulators to enjoy including a First World War dogfight, formation flying with the Red Arrows and a Second World War bombing mission!

Discover the story of Scotland at war with a visit to this marvellous museum in Edinburgh Castle. Covering the last 400 years of Scottish military history its rooms are packed with a vast collection of uniforms, medals, paintings, and military memorabilia. From an appreciation of the legendary Scottish Highland warrior to the role Scottish soldiers played in defending Britain and its empire, the museum conveys a reflective, human tone.

Also worth visiting are the Royal Scots Dragoon Guards Museum, the Prisons of War exhibition, and the Scottish National War Memorial.

The windswept moorland of Culloden was the site of the last battle on British soil. It was here in 1746 when the Jacobite cause led by Bonnie Prince Charlie was finally and brutally subdued. The visitor centre is packed with information and features. But it’s the battlefield itself that packs the real power and emotion. Much of the area has been carefully preserved, with flags to represent the front lines of both armies and simple clan markers in the centre to represent the graves of the fallen clans.

Our policies come with a range of benefits including: