What are English Heritage blue plaques?

Anyone visiting London in their campervan can’t fail to notice the hundreds of distinctive bright blue, round plaques dotted around on the front of buildings across the capital. Commemorating the lives of famous residents from tortured geniuses to trail blazing suffragettes and from rock stars to revolutionaries, these simple, small signs add much to the wonder of London. After all, you never know who you’ll discover when you’re next parking up your trusty camper on a London street!

Intrigued? Then read on as we delve deep into the history of London’s English Heritage Blue Plaques scheme. We’ll look at how properties are awarded one and some of the best to visit as part of your next campervan trip to the Big Smoke.

Whether it’s for a short and sweet weekend break or a summer long expedition, don’t leave home without checking your campervan insurance is up to date. From bumps and scrapes to break downs and break ins, the team at Motorhome Protect can get you covered in super- quick time!

What are English Heritage blue plaques?

Run by English Heritage since 1986, the Blue Plaque scheme has in fact been celebrating our unique heritage for over 150 years. Its purpose is to highlight the incredible connection between notable people of the past and the London buildings in which they lived, worked and even died. There are now over 950 blue plaques scattered all over London honouring an increasingly diverse range of people and their talents. 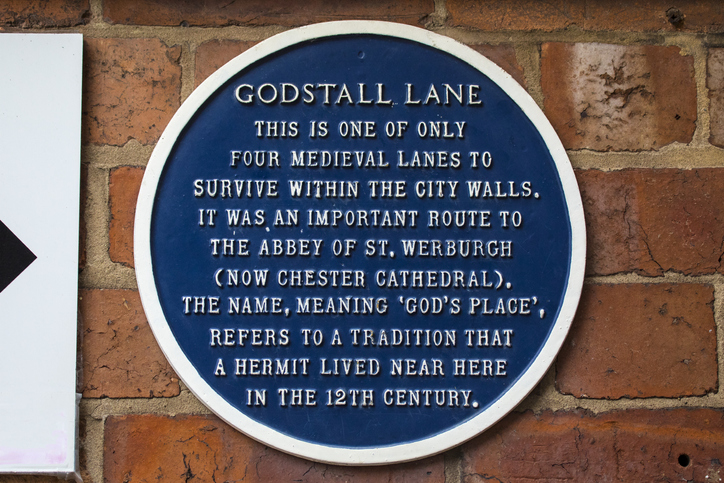 A brief history of the Blue Plaque scheme

First suggested in 1863 by William Ewart MP in the House of Commons, the scheme was initially led by the Society of Arts which agreed to erect plaques in a variety of shapes and colours across London. The first plaque was unveiled in 1867 to commemorate the romantic poet Lord Byron at his birthplace, 24 Holles Street, Cavendish Square.

In 1901, the Society of Arts scheme was taken over by the London County Council (LCC) and in 1938, the current plaque design was created by an unnamed student at the LCC's Central School of Arts and Crafts. In time the Greater London Council (GLC) took over from the LCC in 1965 and ran the scheme until 1986. The Blue Plaque scheme was then passed to English Heritage which has run it until this day.

Such has been the success of the scheme that it’s led to many imitators around the country. Some are restricted to a specific geographical area, others to a particular theme of historical or social importance. They are controlled by a whole range of diverse organisations including local authorities, civic societies, and residents' associations. But there’s nothing quite like the original Blue Plaques scheme!

How are properties awarded an English Heritage blue plaque?

As the longest running and perhaps most prestigious scheme of its type the competition for a blue plaque can be quite intense. It’s based almost entirely on nominations from the public who write or email English Heritage before submitting a formal proposal.

English Heritage's in-house historian then researches the proposal before submitting them to the 12 experts on the Blue Plaques panel. This panel then meets three times a year to create a shortlist and advise on which suggestions should be awarded a coveted Blue Plaque.

Because the scheme is so popular, and such a lot of detailed research has to be carried out, it can take around three years for a proposal to reach the top of the shortlist. If a proposal is not taken forward then another 10 years must pass before a re-proposal can be made.

So, if you’re thinking of making a proposal then it’s worth getting in touch with English Heritage beforehand to see what its chances of success are. Who knows, there could be a luminary of the campervan world who needs wider public attention!

To be eligible for commemoration by a blue plaque the famous person must:

There are also specific criteria for the location of the plaque itself:

Other schemes elsewhere in the UK have different criteria, which are often less restrictive. For example, under other schemes plaques can often be erected to mark the sites of demolished buildings. The full English Heritage Blue Plaques criteria can be viewed on their website.

English Heritage has compiled a register of other schemes across England. If there’s someone you think deserves a plaque in your local area then your local council may also be able to help.

Visiting the English Heritage blue plaque for someone who has special significance to you can be an interesting stop-off in any campervan road trip. With London having over 950 plaques you’ll be spoilt for choice. If you’re looking for inspiration then here’s a few to get you started. 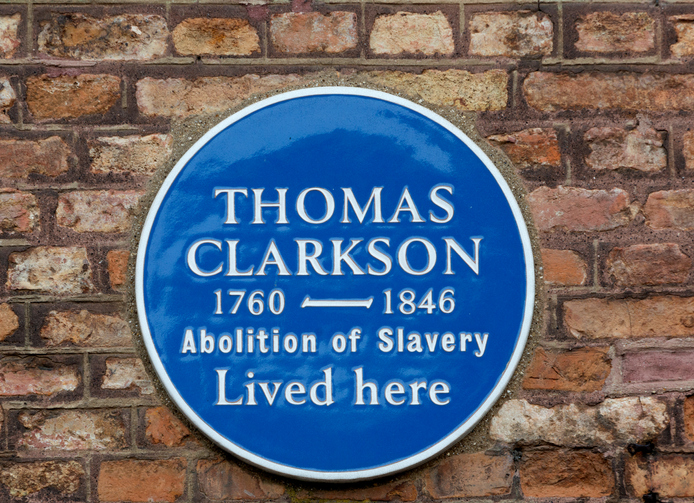 If you want to find out whether your favourite actor, writer or other historical figure has already been commemorated then take a look on English Heritage’s Find a Plaque search page.

Remember though, London driving can get pretty hectic. If you’re tootling around the city spotting these blue plaques from your cherished camper then make sure you have campervan insurance in case of any bumps and scrapes.

Interestingly, not all official plaques are found in London. In the early 2000s English Heritage trialled a national plaques scheme, erecting 34 plaques in Birmingham, Merseyside, Southampton and Portsmouth. While the scheme was discontinued in 2005 the Blue Plaques can still be visited in your campervan.

Brothers Richard and George Cadbury are commemorated at two separate buildings in Birmingham. The well-known chocolate manufacturers and philanthropists both lived in Edgbaston in the late 19th Century. Richard’s plaque is at 17 Wheeleys Road while George’s is at 32 George Road.

With the largest number of Blue Plaques outside of London, Merseyside has some great places for fans to visit. Tenacious campaigner and Labour MP Bessie Braddock lived at 2 Zig Zag Road, West Derby for 25 years. Legendary toy inventor Frank Hornby lived at The Hollies, Station Road in Maghull. While arguably Merseyside’s most famous son John Lennon grew up at 251 Menlove Avenue in Woolton.

Seven famous residents received the blue plaque treatment in Southampton including the designer of the Lancaster and Vulcan bombers Roy Chadwick, campaigner for women’s education Emily Davies, and Sir Edward Penley Abraham, the developer of antibiotics.

When setting off on an exciting tour of the UK’s heritage, you must never forget to arrange campervan insurance. Finding the right cover for you, your vehicle, and its contents means you can get on with your adventure safe in the knowledge you're protected.

Speak to the experienced team at Motorhome Protect to help you find a range of quotes on specialist campervan insurance with the following benefits: