The safety technology to consider when buying a motorhome

You’re likely to be familiar with the safety features of a car, but if you’re buying a motorhome for the first time it’s essential that you get to grips with the extra features that come with managing a larger vehicle. A lot of features will be the same or similar, whilst some definitely won’t be, so it’s hugely important to take your time reading through the basics.

Here we’ll run through some of the most important (and most useful!) safety features that you should consider for your new recreational vehicle, and also think about what you need to consider when it comes to motorhome insurance.

The difference between active and passive safety features

It’s important to note that there are two different types of safety feature when it comes to your motorhome: active and passive.

Active features are those that offer protection at all times, such as seat belts, stability control systems, and emergency brake assist.

Passive safety features are those that spring into life in the event of an emergency, for example, crumple zones and emergency airbags.

We’ll discuss some of them in this article.

So, what safety features do I need to look out for when buying my motorhome? 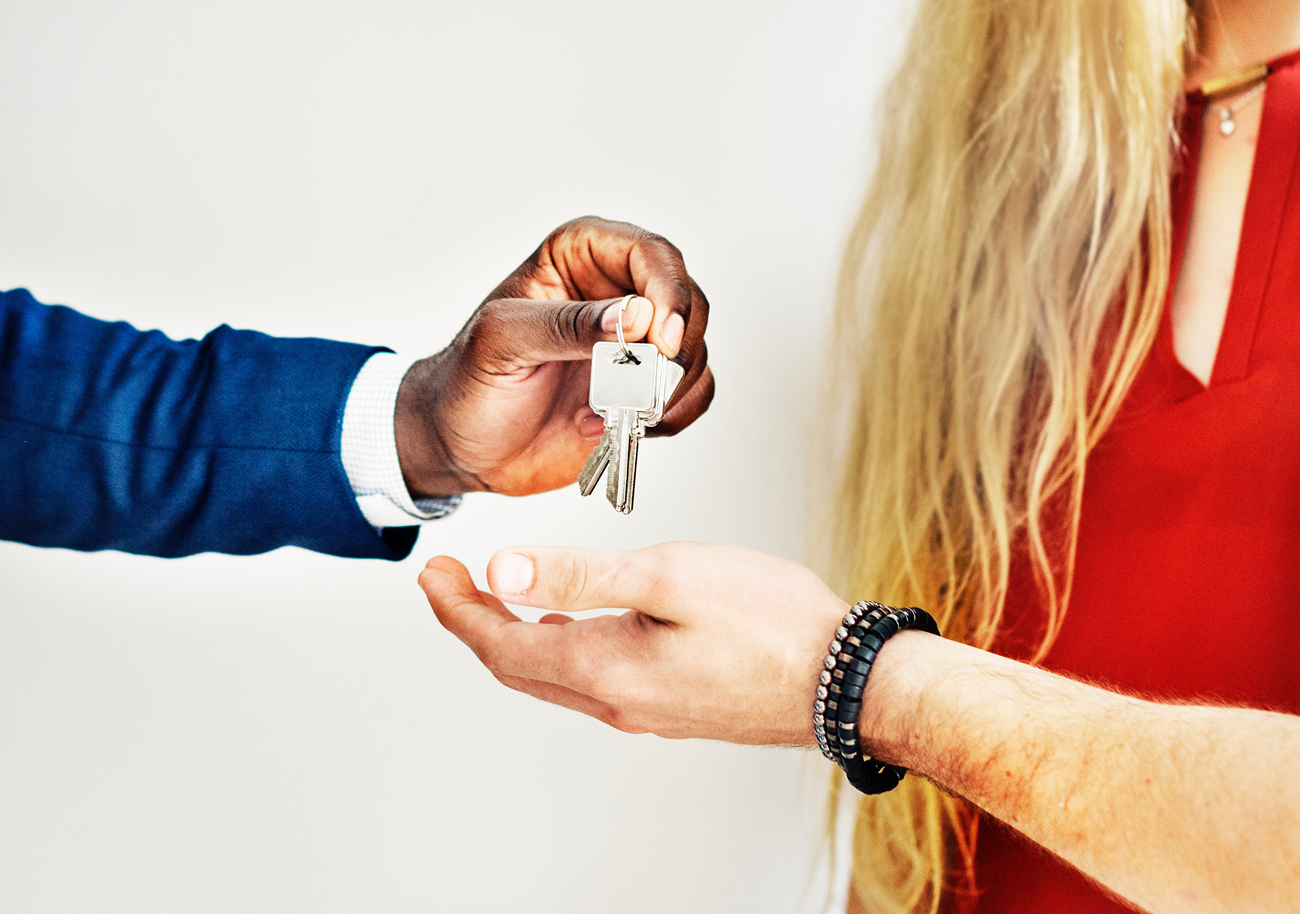 Below are some of the safety features that you need to consider as standard when looking into purchasing your motorhome or house trailer.

Without them, you could be looking at increased premiums on your motorhome insurance or even run the risk of invalidating your policy.

ABS brakes are designed to stop the wheels of your motorhome locking in the event that you need to brake in an emergency.

Anti-lock wheels are an essential component of your motorhome, because they can prevent skidding in slippery conditions.

They can work both in the rain and in dry weather but they aren’t as effective in snow, so make sure you drive carefully if you’re out in these conditions.

Plus, their mechanics work in conjunction with your vehicle’s Electronic Brake Force Distribution (EBD) and stability control systems.

As a rule, all new motorhomes should be fitted with ABS brakes, so make sure you check this as standard if you’re buying a brand new vehicle.

The Electronic Brake Force Distribution (EBD) system on our motorhome is designed, as its name suggests, to distribute the weight of the vehicle if the driver brakes unexpectedly.

A fast brake could see the motorhome spin, as the back would react to the brake more slowly than the front, which could obviously be dangerous and something that you want to avoid happening at all costs.

The proportional valve present in an EBD system means the vehicle brakes in a straight line, avoiding the potentially dangerous spin.

EBD systems were the standard before the introduction of the rule that meant all new motorhomes had to be equipped with ABS brakes, so you might find them in older vehicles.

In newer motorhomes, the system is unlikely to be present as its proportional valve functionality has been incorporated into the electronic ABS.

The Emergency Brake Assist (EBA) function essentially exists to ensure you’re using the full power of the brake, even if you’re not pressing the pedal hard enough. It will add the extra power until the ABS kicks in. 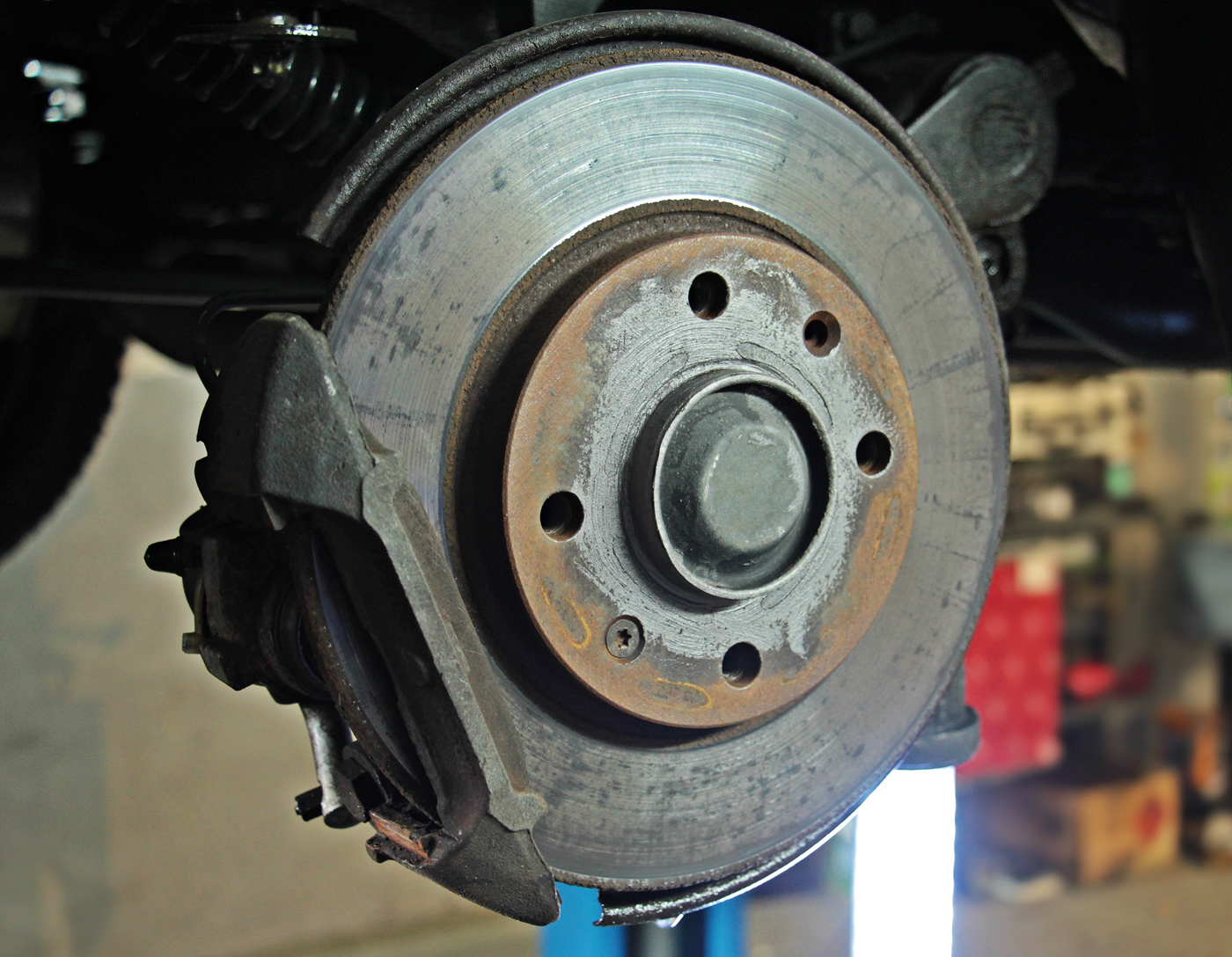 Electronic Stability Control (ESC) is one of the most important safety features for your motorhome.

The introduction of regulation – making it compulsory in 2014 – was predicted to save thousands of lives and prevent around 50,000 injuries a year.

ESC works alongside numerous other features, including the ABS system, Lateral Acceleration Sensors, the Engine Control Unit (ECU), and the steering wheel angle sensor, to monitor what the driver is doing and react accordingly.

Its capabilities include adjusting the throttle, activating the front and rear brakes and adapting to the positioning of weight in the vehicle ­– this is handy as different owners load their motorhomes in different ways.

Like many active safety features, you’re unlikely to notice its presence in your motorhome until you actually need it as it works in the background.

The ESC is likely to kick into action if you skid, slide, aquaplane or roll the vehicle. So, if you hit a patch of diesel and start to slide, the ESC will come on and help you regain control.

Roll Over Mitigation is a feature that reduces the sway in your motorhome, and is likely to be increasingly useful the larger or longer your vehicle is.

Usually kicking in when you’re exceeding 50mph, the sensor can activate the brake, whilst taking into account the weight of the vehicle, the angle of steering, and its distribution.

Roll Over Mitigation is known as Cross Wind Assist in Mercedes vehicles.

Adaptive Cruise Control (ACC), sometimes linked to your motorhome’s ABS and always to its ECU, allows the speed to remain constant even when other vehicles pull out in front of it.

It can work to maintain a safe distance between your motorhome and other vehicles, increasing safety when you’re on the road. 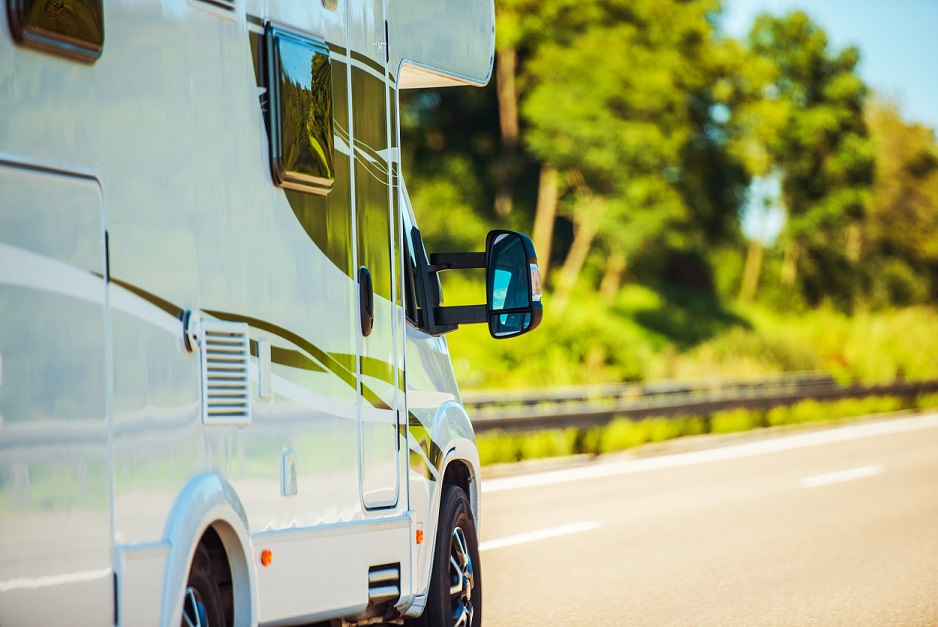 A feature that might seem incredibly high-tech, Autonomous Emergency Braking (AEB) systems are powered by cameras and can detect unexpected vehicles or other objects in the road ahead.

Once detected, the AEB jumps into action to initiate the brake without the driver having to do anything. Some vehicles now have AEB systems that work when in reverse, too.

This is something that’s likely to be especially useful in larger vehicles or long motorhomes, where seeing what’s behind you whilst in reverse might present a problem.

Another safety feature that uses cameras effectively and is likely to come in useful in automated vehicles in the future is Traffic Signal Recognition (TSR).

With the ability to see road signs and inform the driver via the dashboard, this is a feature that’s designed both to increase traffic safety and to make your life easier.

This feature is designed to limit the speed at which you’re travelling.

It can do this in two ways: firstly, by limiting the throttle, and secondly by letting the driver know if the speed limit is being exceeded so they can adjust the speed themselves.

Yet another safety feature that senses objects that you might’ve missed, your motorhome’s Lane Departure Warning System (LDWS) can detect if there’s an object or vehicle that you should be aware of before you change lanes.

This can be highly useful when travelling in poor weather conditions when the visibility, especially on motorways, isn’t great.

Some high-tech systems even have the ability to change lanes for you if needed.

LDWS can be especially helpful in motorhomes, which (aside from lorries or HGVs) are often likely to be the largest vehicles on the motorway, with the most potential blind spots.

Next, a feature that automatically decreases the chance of your LED headlights blinding oncoming drivers and potentially causing accidents.

We all know that dimming our headlights when approaching other vehicles is essential, but with High-Beam Recognition installed, your vehicle will do this for you. It will then brighten your lights when the other vehicle has safely driven by. 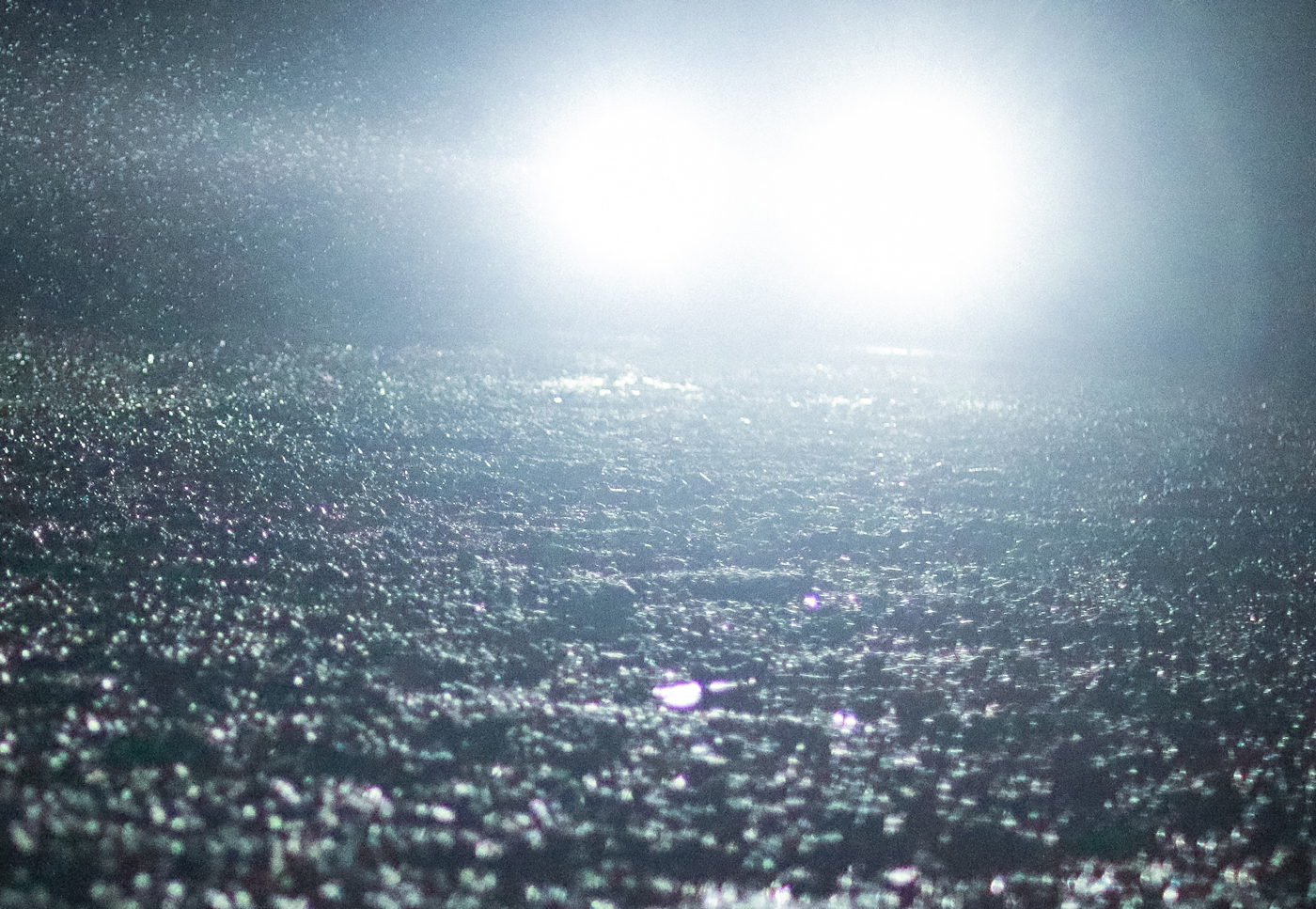 As can be expected from the name, rain sensors automatically detect when your wipers need to be on and activate them for you. Yet another thing that you no longer need to worry about!

As with the rain sensors mentioned above, dusk sensors can detect ambient light and adjust your motorhome’s headlights accordingly.

Both rain and dusk sensors are purchased separately and placed on the dashboard of your vehicle, so don’t expect them to be built in when you’re checking out the safety features already present in your motorhome.

Not a fan of using your handbrake all the time? Us neither. Luckily, a Hill Holder can help out with this.

Designed to stop your motorhome from rolling back, it delays the brakes for a few seconds when you take your foot off the pedal and move it to the accelerator.

Your motorhome’s Traction Control System (TCS) works to ensure the correct amounts of pressure are being applied to the wheels.

Using data provided by spin sensors on the wheel, the TCS can apply more or less pressure, depending on whether a wheel is spinning or behaving differently to the others.

The TCS is sometimes known as anti-slip regulation (ASR).

It’s important to check whether your motorhome has this feature, and also whether it has the extra functionality to provide traction control should you decide to take the vehicle off the road and into rougher terrain.

We don’t need to tell you that using seat belts in any moving vehicle is necessary – they’ve been the law in Britain for decades, after all.

The seatbelt laws in a motorhome are different from those in a car, though, so it’s important to know exactly what you need to do whether you’re a new motorhome owner or you’re looking for an upgrade. 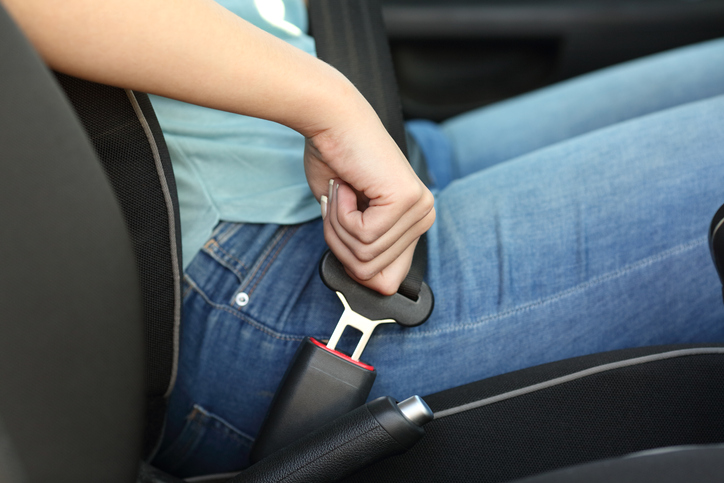 Here are the essentials that you need to be aware of.

Find out more about seat belt laws in motorhomes and how you can make sure you’re adhering to them here.

Much like airbags in a car, airbags in your motorhome will only come into play in the unlikely case of a high impact collision.

Hopefully, you’ll never see them. You should enquire as to whether your motorhome has airbags fitted already or whether they need to be added, and how to disable them if you’re going to be fitting a child’s seat anywhere that they’re likely to be present. 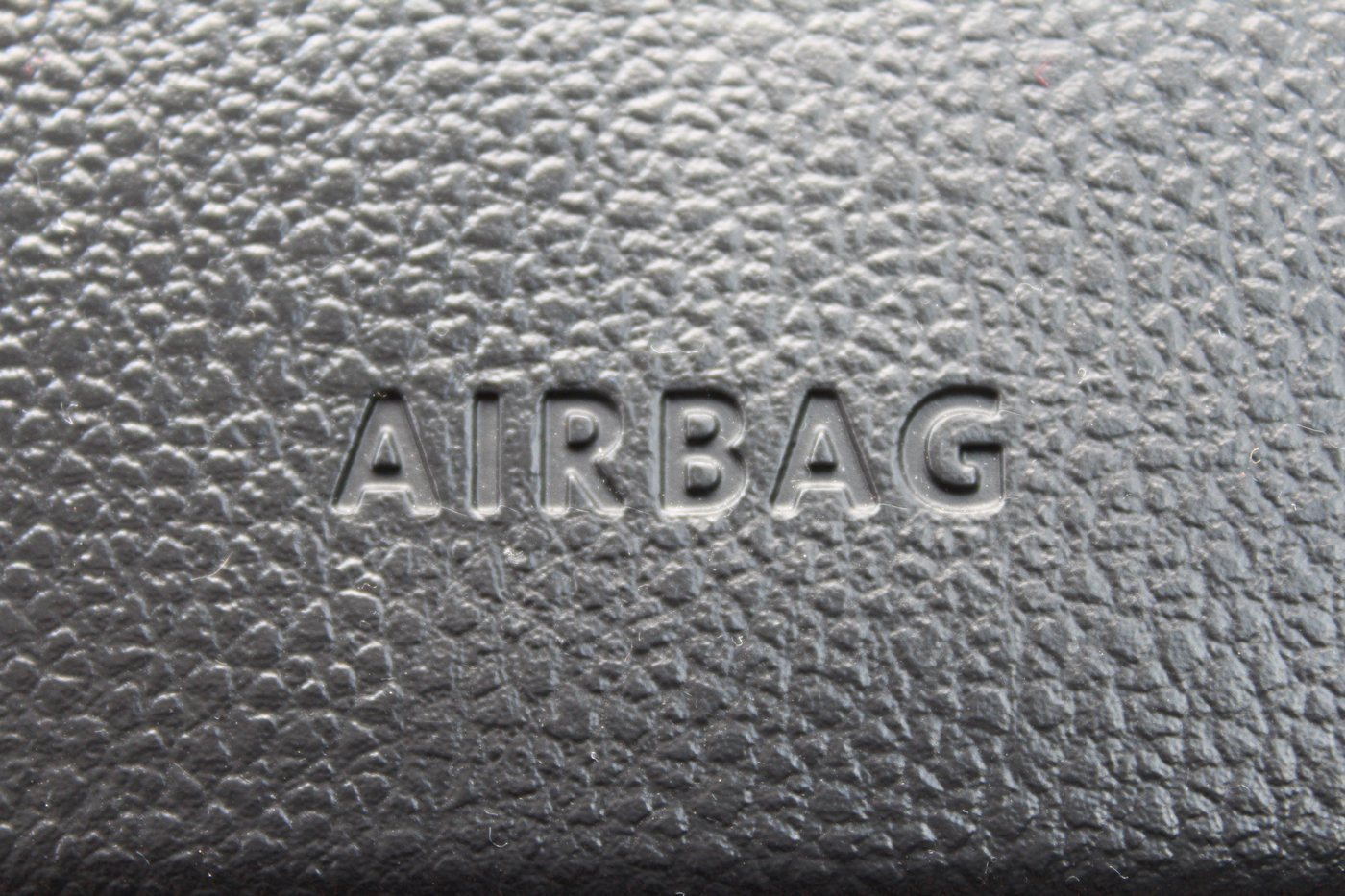 Crumple zones are designed to take the impact in the case of a crash, literally crumbling and spreading the weight of the impact so that none (or as little of it as possible) is taken by the body of the vehicle where the driver or passengers are sitting.

Crumple zones are built into the shell of the vehicle, often at both the front and the rear.

The importance of motorhome insurance

Even with all the safety features in the world, accidents can and do happen. That’s why motorhome insurance is a must, whether you’re upgrading or buying your first home on wheels.

Here are some things that you need to be aware of when looking for a suitable motorhome insurance policy:

Don’t leave things to chance, talk to the motorhome insurance specialists and get a quote today.